Did you ever buy something that turned out to be a fake? Ever fall for a “deal” that ended up a total lie? Were you ever given a counterfeit bill? On one of my first trips to the Middle East, a student bought a “leather” belt that looked real. After a day of wear, the student found the belt was made of cardboard. It was a fake.

Satan is not God. But he wants to be. Just as people worship God, Satan wants people to worship and serve him. And the only way he can accomplish this feat is to deceive them into thinking that he is God. Therefore, his scheme from the beginning (Gen. 3) has been to lie and pretend about himself and God. Jesus called the Devil “a liar, and the father of [lies]” (Jn. 8:44). Satan has embarked on a campaign of deception to turn mankind away from God to worship and serve him as God, which is in itself a lie. The final culmination of his craving to be worshiped will appear in the latter half of the Tribulation period. It can be called the “Satanic trinity.”

In an attempt to be like God—a triunity of three persons in one Godhead—Satan will assemble a pseudotrinity, briefly achieving what he has always wanted: mankind’s worship of him as God.

In an attempt to be like God—a triunity of three persons in one Godhead—Satan will assemble a pseudotrinity, briefly achieving what he has always wanted: mankind’s worship of him as God. But to do so, he will pretend to be like God and rule through a false messiah (the Antichrist) who will be proclaimed messiah through a false prophet, an imitation of the Holy Spirit who testifies of Christ (Jn. 15:26; 16:14). Together these demonic persons will rule the world for a short time. But their dominion will not last because it is all a lie. This “trinity” is not like God at all. Not only is Satan not God, but the Antichrist and the false prophet are mere men, demonically inspired. There is no “Three in One” because no one is like God. There is only one true, triune God, YHWH, who is unique in His being. Satan’s trinity is merely a bad counterfeit.

Characters of the Satanic Trinity (Rev. 12—13)
Satan Pretending to Be God the Father. Just as God the Father is presented in Scripture as the architect of our salvation, so Satan is presented as the architect of man’s destruction. He is God’s enemy and thus man’s enemy. All evil comes from him. Satan is not good; and in him exists no love, grace, compassion, or mercy. Demons and men will worship him because he will pretend to be good and powerful. He makes promises he cannot keep to lead demons and men to their destruction so that they cannot worship the true God.

The first glimpse of this Satanic trinity is revealed to the apostle John in Revelation 12 and 13. Here the great dragon, Satan (Rev. 12:9), is pictured as the enemy of the true Messiah and Israel because he does not want Christ’s Kingdom to appear. In Revelation 12, we see thousands of years of battle between Satan and God. In verses 1–5, the dragon is about to destroy the Messiah born of Israel; but He is taken away to His throne before the dragon can harm Him. This is a capsule view of Christ’s birth, ministry, death, resurrection, and ascension.

Verses 6–17 fast forward to the Tribulation, where the dragon turns to annihilate Israel, for he knows that if Israel is destroyed, the Messiah’s Kingdom cannot come. But he cannot destroy Israel because God miraculously protects her. The dragon then turns his attention to the “saints,” those who worship the true Messiah during this time. Trying to destroy them, the dragon calls on his instrument to deceive the world into worshiping him: the Beast, or Antichrist.

The Antichrist Pretending to Be Messiah. The picture in Revelation 13:1 is of the dragon conjuring up a beast from the sea. This beast represents the final form of all the Gentile kingdoms that have ruled since the last legitimately recognized Davidic king in Jerusalem (Jehoiachin, 597 B.C.; cf. Daniel 2; 7—8). But this beastly kingdom is also personified by its head, the Antichrist, who is the incarnation of evil.

The Beast will deceive mankind into thinking that he is the true Messiah. First, Satan will give Antichrist supernatural power to deceive the world, so Satan can be worshiped through him. Paul said this “man of sin” (2 Th. 2:3) will be “with all power and signs and lying wonders, And with all deceivableness of unrighteousness in them that perish” (vv. 9–10). As the true Messiah displayed His authority as God by performing miraculous works, so this false messiah will perform supernatural works. But in contrast to Christ’s miracles, which were designed to bring men to worship the true God, these miracles will be designed to bring men to worship the false god, Satan.

Second, it may be that this beast also will have what appears to be a resurrection experience. In Revelation 13:3 and following, one of the beast’s heads suffers a fatal wound that is healed. The people of Earth are amazed and follow the beast. Since this picture of the beast represents an empire and its head, it could symbolize either the “resurrection” of an empire that was long “dead” (i.e. the Roman Empire) or the resurrection of its personal head, the Antichrist. If the latter, then Antichrist could use this apparent resurrection as “proof” of his messiahship.

Thirdly, this beast will attempt to rule from Zion, as was prophesied of the true Messiah (Ps. 132:13–18). He will do so by erecting a “living” image of himself in the Temple in Jerusalem and demanding that the world worship the image (Rev. 13:14–15). This is the typological fulfillment of the “abomination of desolation” from Daniel 11:31 and the direct fulfillment of Daniel 9:27 and 12:11 as reflected in Jesus’ prophecy in Matthew 24:15. In this way, Satan finally will receive the world’s worship of him as “God.” But everything will be a lie.

The False Prophet Pretending to Be the Holy Spirit. We also see another character, a beast with horns like a lamb but speech like a dragon (Rev. 13:11) and supernatural authority derived from the Antichrist. What is pictured here is a human prophet, demonically inspired (modeled after the biblical prophets who were inspired by the Holy Spirit), who will point to the Antichrist as the Messiah, as John the Baptist did for Jesus. Like the Old Testament prophets, this false prophet will be able to perform signs; but his will be deceptive to “prove” the truth of his witness. He will demand that the world worship the beast (Antichrist) and receive the mark of the beast or be killed.

From this “trinity” will emerge one final deception. Three frogs, representing demonic spirits, will go out to deceive the world into joining the beast in an all-out rebellion against the coming of the true Messiah and His Kingdom. These demonic spirits will cause the world’s leaders to bring their armies to the Valley of Armageddon for the final attack on the Jewish remnant in Jerusalem (Zech. 12—14) in order to destroy any hope of Jewish repentance and the coming of the Kingdom. But as Satan must know, the gathering of these armies will be for their destruction. This deception will end Satan’s usurpation of God’s rule on Earth.

Demise of the Satanic Trinity
Satan’s brief and counterfeit rule over Earth will end with the Second Coming of Christ. The apostle John described this glorious advent in Revelation 19. The true Messiah will come from heaven on a white horse, finally leading His armies to take possession of the earth as its rightful King (Rev. 5). One of the great misnomers of all time is the description of the contest between the rightful Messiah and His pretenders at “the Battle of Armageddon.” There is no battle at Armageddon. The Lord simply speaks the Word, and Satan and his armies are defeated (cf. 2 Th. 2:8). The men are slain, and the beast and false prophet are immediately thrown into the lake of fire (Rev. 19:19–21). Satan is not banished yet but is bound for the 1,000-year duration of the Kingdom (Rev. 20:1–2), only to be released at its end for one last deception of the earth before he, too, is thrown into the lake of fire forever (Rev. 20:7–10).

Although Scripture pictures Satan’s demise in the future, he is already a defeated foe. Satan has no real chance to defeat God, though he may have deluded himself to think so. What he may have thought was his victory—Jesus’ crucifixion and death—turned out to be his crushing defeat (Gen. 3:15). Satan was defeated at the cross. There, where God’s love for mankind was displayed through the substitutionary death of His Son, atonement was made so that Satan’s slaves could be freed from his power, liberated to serve the living and true God. Since then, Jesus has been building His church, comprised of saints of all the ages, who will rule with Him in a true Kingdom of righteousness. While the saints pray for the return of the Lord and the end of Satan’s rule, God still graciously gives people time to repent and turn to Him before it is too late.

A television play called Shadowlands (made into a book and a movie) is a biographical account of C. S. Lewis and his brief but painful marriage to Joy Davidman, who died of cancer shortly after they wed. Lewis, who was a devout Christian, recorded his grief and anger at God for taking someone he loved. But the title of the play suggests how he came to terms with his grief. Lewis realized that this present world is not the real one. It is merely a shadow of the glory that is to come. We have never experienced a wholly “true” world because everything here, especially ourselves, is fallen and tainted by sin and thus under Satan’s deceptive spell. Yet those who are God’s look to the One who is real and true, and we anticipate the time when He will rule in righteousness and truth.

Jesus pictures good and evil as light and darkness. He said that men love darkness rather than light because their deeds are evil, and they are ashamed or afraid to come into the light of God’s truth and have their deeds exposed (Jn. 3:19–21). But hiding in darkness only denies sin. It denies reality. Recognizing one’s sinfulness comes from walking in the light of God’s reality. The wonderful truth is that when we recognize our sin and confess it before God, He forgives us and cleanses us based on the power of Christ’s blood, so we no longer have to hide in the darkness (1 Jn. 1:5—2:2). 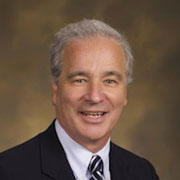 1 thought on “The Satanic Trinity”

They stormed the Church of the Nativity and held nuns and priests hostage. Are these peacemakers? What is the truth behind the Muslim-Christian alliance?

The Origin and Fall of Satan

Lucifer, “the anointed cherub that covereth,” became the evil “god of this age”—the enemy of Jehovah. Learn what happened and why?

Satan’s dominion may be invisible. But if you know where to look, you’ll be astounded to see how much he controls . . . and how he controls it.

As if one evil being weren’t enough, the Bible teaches that in the last days, there will be three—a pseudotrinity—that will take over the world.

The Many Masks of Satan

If you think Satan appears like the caricatures of him, with horns and a red tail, think again. More often than not, he appears as the “noblest” among us.