Christian Warriors in the IDF

Christians in Israel make up about 2 percent of the population, numbering about 175,000. While representing many denominations including Orthodox, Evangelical, Baptist, and more, some are descendants of “Christians from the days of Jesus and His followers who formed the first churches.”  About 80 percent of these Christianse are Arabic speaking, and are also citizens of Israel.

In 2012 a dramatic change occurred in the Arab Christian population. While at a conference that challenged the participants to embrace their Israeli identity, the 300 participants were encouraged to volunteer to serve with the IDF. Three priests agreed, and encouraged the youth to pursue this aim. However, other Muslim Arabs upon hearing of this, vehemently and violently disagreed, causing two of the priests to change their view.

One priest, however, Father Gabriel Naddaf of the Greek Orthodox Church, stood firm. He formed an organization that encouraged Christian youth to fight for the holy land and for full integration into Israeli society in all fields. They reasoned “that if Israel provides us with protection and security, then we must be a part of it.” Today, 40 percent of the Christian students go into the IDF and Civil Service declaring that they, as Israeli Christians, “are an integral part of Israeli society and the State of Israel.”

What a joy to see the Christian community honorably, boldly and proudly claiming their identity as citizens of Israel. These Christians are an asset for Israel, and they have the privilege to both live and participate in all Israel offers them. 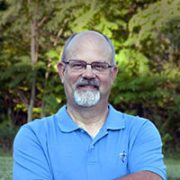 Tim Munger is a Church Ministries Representative for The Friends of Israel Gospel Ministry in the Detroit, Michigan area. Tim organizes and speaks at church conferences around the country.