Iran’s judiciary has sentenced four people to death. Their crime? “Cooperating with the intelligence services of the Zionist regime.” The Islamic Republic of Iran specifically accused them of “stealing and destroying private and public property, kidnapping people, and obtaining fake confessions.” Iran frequently claims Israel carries out undercover operations within its borders, and it has added the U.S. to those accusations more recently.

Let’s not forget that Iran is experiencing perhaps its largest anti-government protests since the 1979 Islamic Revolution, which may further explain why the nation is lashing out harder than usual at its enemies. The regime’s troubles mounted yesterday, as Iran lost its high-profile soccer matchup against the U.S. in the World Cup 1-0. A strange scene then unfolded in Iran: Its citizens celebrated. They were happy that the U.S. win meant Iran couldn’t exploit success on the pitch to normalize the injustices it currently perpetrates on its citizens. Iranians continue to protest their government, which has repressed its citizens, committed widespread human rights violations, allowed crippling economic failure, and tortured and killed protesters.

The U.S.’ World Cup win over Iran is putting an unwelcome spotlight on the Islamic Republic that the world needs to see. Iran has long had a vendetta against Israel and has persecuted the Jewish state terribly for decades. But much of the world hasn’t cared enough to intervene on Israel’s behalf when Iran threatens. Now that the world is getting a better glimpse of the terrible crimes Iran is committing not just against Israel but against its own citizens, there’s a much better chance that Iran’s regime will be seen for the oppressor it is.

This should be good news for Israel too. If sentencing people to death for cooperating with Israel’s defense hasn’t gotten much international attention before, maybe the world will start paying a bit more attention now. Iranians have had enough, and they’re calling on others to support them in their struggle against a regime that went off the rails a long time ago. 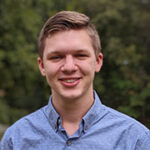 Jesse King is a Staff Writer for The Friends of Israel Gospel Ministry.