Our hats are off to the Trump Administration for launching a bold peace plan initiative for Israel and Palestinian Arabs on January 28, 2020. The plan recognizes the failures of the past and the realities of the present and is a more detailed framework than previous proposals. There is a general consensus that if any formula for peace is going to work, it is this one because it addresses so many of the obstacles to peace.

The peace plan presents a two-state solution that calls for Palestinian Arabs to lay down their weapons, end their terrorism against Israel, and officially recognize Israel as a nation. In exchange, they would obtain significantly more land than they currently possess, and Gaza would become connected to the West Bank via an underground tunnel.

The plan addresses many of Israel’s security concerns. It officially cedes the Golan Heights and Jordan Valley to Israel, giving the Jewish state critical land from which to defend itself. Israel would also provide police protection for a Palestinian state, and Jerusalem would remain the undivided capital of the Jewish people.

A key component of the plan is the development of economic prosperity for both Israel and the Palestinian Arabs. With normalized relations between the two, there would be incentives to build up the Arab state’s economy to bring prosperity and a better life for everyone.

These are only some of the highlights. There are many more specifics. Over time, the plan would be developed in greater detail through direct Arab-Israeli negotiations.

We all desire peace for Israel and the Middle East. God commands us to pray for the peace of Jerusalem in Psalm 122:6. Whether this or any plan brings peace depends on both sides working together. Israel has already agreed to the formula and expressed a willingness to sit down immediately to negotiate.

Unfortunately, the Palestinian Arabs are led by terrorists who are dedicated not to living in peace with Israel, but to eliminating Israel. The Arab leadership rejected the peace plan even before it was unveiled to the public. The prophet Amos once observed, “Can two walk together, unless they are agreed?” (Amos 3:3).

Peace will not come until Palestinian-Arab leaders replace their desire for war with a genuine concern for the well-being of their people. The words of the psalmist still ring true today: “My soul has dwelt too long with one who hates peace. I am for peace, but when I speak, they are for war” (Ps. 120:6–7).

Ultimately, our hope for peace rests in the certainty that when the Messiah returns, He will bring lasting peace to Israel and the world. To that end, we pray that He comes quickly! 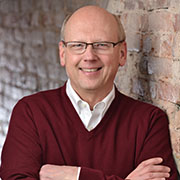 Jim Showers is the executive director and president of The Friends of Israel Gospel Ministry.