When the Israel Defense Forces (IDF) struck a Hamas terror tunnel in Gaza in May, it came under fire for making its attack so close to a school, one operated by the United Nations. Now the United Nations Relief and Works Agency (UNRWA) has declared that Hamas intentionally placed one of its tunnels under the school, effectively using schoolchildren as human shields.

“A detailed assessment on 31 May 2021 revealed what appears to be a cavity and a possible tunnel, at the location of the missile strike,” a UNRWA press release read. “UNRWA condemns the existence and potential use by Palestinian armed groups of such tunnels underneath its schools in the strongest possible terms. It is unacceptable that students and staff be placed at risk in such a way.”

This isn’t the first time the UNRWA has uncovered this type of behavior from Hamas. The terrorist group has repeatedly hidden its weapons in public buildings, including in schools and health clinics. One such instance of hiding weapons in a UNRWA school in 2014 led UN Secretary-General Ban Ki-Moon to denounce the action, saying they were “endangering civilians by making the school a legitimate military target under international law,” according to worldisraelnews.com.

To anyone who has followed the military actions of Hamas in recent years, this news is not surprising. It merely confirms the treachery these terrorists are capable of, showing no hesitation in turning schools into war zones. They set up Israel to look like a savage conqueror that would be happy to pull the trigger on Hamas, even if it meant killing children. Yet the IDF managed to complete its objectives without casualties, a double victory. Hopefully this revelation will linger in many minds the next time people are tempted to criticize Israel for defending itself against Hamas. 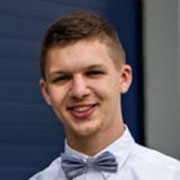