A Description and Early History of Millennial Views

A Description Of Three Millennial Views

During the history of the Church three major views have been held concerning the future Kingdom of God foretold in such passages as Daniel 2 and 7. Today those three views are called Premillen­nialism, Amillennialism and Postmillennialism. The names of these views all have the term “millennialism” (a form of the word “mil­lennium”) in common with each other. They are using this com­mon form as a synonym or sub­stitute for the expression “the Kingdom of God.”

The prefix “pre” means before. Thus, Premillennialism is the view which states that Christ will re­turn to earth before the Millenni­um or Kingdom of God. Christ will return in His Second Coming for the purpose of establishing the Kingdom of God on earth, This kingdom will last for 1,000 years on this present earth (Rev. 20:1-7), and it will be a literal, political kingdom with Christ ruling worldwide as King togeth­er with the saints of God.

The word “millennium” was derived from the concept of 1,000 years. It is the combination of two Latin words: mille (1,000) and annum (year). In the early days of the Church the premillennial view was called chiliasm (derived from the Greek word meaning 1,000).

The prefix “a” means no. Thus, Amillennialism. is the view which states that there will be no literal, political Kingdom of God on this earth. The future Kingdom of God foretold in such passages as Daniel 2 and 7 is totally spiritual in nature. It consists either of the Church of this age or of Christ’s present rule from Heaven over the hearts of believing human beings or the future eternal state. When Christ returns to earth in His Second Coming, there will be a general resurrection of all the dead, a general judgment, the end of this present earth and the immediate beginning of the fu­ture eternal state.

The prefix “post” means after, Thus, Postmillennialism is the view which states that Christ will return to this earth after the Mil­lennium or Kingdom of God. There will be a literal Kingdom of God on this earth, but it will not be established through the super­natural intervention of Christ into history at His Second Coming. Instead, it will be established through human efforts, such as man’s expanding knowledge, his new discoveries and inventions, his increasing ability to exercise dominion over nature and the expanding influence of the Church. The Church has the responsibil­ity to help bring in the Kingdom. Christ’s Second Coming will oc­cur at the close of the Millennium as the crowning event of that golden age.

The History Of The Millennial Views

During the history of the Church, views of the Millennium have gone through four stages of de­velopment. These will be exam­ined m the chronological order of their appearance.

Numerous historians declare that Premillennialism (initially called chiliasm) was the first ma­jor millennial view of the Church and that it was the predominant view of orthodox believers from the first to the third centuries. A sampling of historians will be quoted as evidence for this decla­ration.

Edward Gibbon (1737-1794), the noted English historian who wrote the classic work, The His­tory of the Decline and Fall of the Roman Empire, stated the following:

The ancient and popular doc­trine of the Millennium was inti­mately connected with the sec­ond coming of Christ. As the works of the creation had been finished in six days, their dura­tion in their present state, ac­cording to a tradition which was attributed to the prophet Elijah, was fixed to six thousand years. By the same analogy it was in­ferred, that this long period of labor and contention, which was now almost elapsed, would be succeeded by a joyful Sabbath of a thousand years; and that Christ, with the triumphant band of the saints and the elect who had escaped death, or who had been miraculously revived, would reign upon earth till the time appointed for the last and general resurrection.

The assurance of such a Mil­lennium was carefully inculcated by a succession of fathers from Justin Martyr and Iren­aeus, who conversed with the immediate disciples of the apostles, down to Lactantius, who was preceptor to the son of Constantine. Though it might not be universally received, it appears to have been the reign­ing sentiment of the orthodox believers; . . . .1

It should be noted that Gibbon had an unfriendly attitude toward Christianity; therefore, he was not biased in favor of Premillen­nialism. His comments have add­ed significance in light of that fact.

J. C. L.Gieseler, Professor of Theology at the university in Got­tingen, Germany, in the early nineteenth century, a highly ac­claimed Church historian in his time and himself not a premillen­nialist, wrote the following when referring to some early Christian literature which was produced between 117 and 193 A.D.: “In all these works the belief in the Millennium is so evident, that no one can hesitate to consider it as universal in an age, when certainly such motives as it offered were not unnecessary to animate men to suffer for Christianity. “2

Henry C. Sheldon, Professor of Historical Theology at Boston University in the late nineteenth century, said that chiliasm “was entertained in the second century not only by Ebionites, and by writers who, like Cerinthus, mixed with their Gnosticism a large element of Judaism, but by many (veiy likely a majority) of those in the Catholic Church.”3  It should be noted that Sheldon used the term Catholic (which means universal) to refer to the entire organized Church. This was the sense of that term during the early centuries before the Roman Catholic system formed.

The most striking point in the eschatology of the ante-Nicene age is the prominent chiliasm, or millennarianism, that is the belief of a visible reign of Christ in glory on earth with the risen saints for a thousand years, be­fore the general resurrection and judgment. It was indeed not the doctrine of the church em­bodied in any creed or form of devotion, but a widely current opinion of distinguished teach­ers, such as Barnabas, Papias, Justin Martyr, Irenaeus, Tertul­lian, Methodius, and Lactan­tius; ….4

First in point of time came the faith in the nearness of Christ’s second advent and the establish­ing of His reign of glory on the earth. Indeed it appears so early that it might be questioned whether it ought not to be re­garded as an essential part of the Christian religion.5

… it must be admitted that this expectation was a prominent feature in the earliest proclama­tion of the gospel, and materially contributed to its success. If the primitive churches had been under the necessity of framing a “Confession of Faith,” it would certainly have embraced those pictures by means of which the near future was distinctly real­ized.6

Harnack also stated that “In the anticipations of the future prevalent amongst the early Christians (c. 50-150) it is necessary to distinguish a fixed . . . element.”  He indicated that the following items were included in that fixed element: “(1) the notion that a last terrible battle with the enemies of God was impend­ing; (2) the faith in the speedy return of Christ; (3) the convic­tion that Christ will judge all men, and (4) will set up a kingdom of glory on earth.”7

Harnack declared that among other early Christian beliefs concerning the future “was the expectation that the future Kingdom of Christ on earth should have a fixed duration, — according to the most prevalent opinion, a duration of one thousand years. From this fact the whole ancient Christian eschatology was known in later times as ‘chiliasm,’….”8

Harnack claimed that in their eschatology the early Christians preserved the Jewish hopes for the future presented in ancient Jewish literature. 9

He also asserted that Justin Martyr, a prominent early Christian writer (100-165 A.D.) who had been saved out of pagan Greek philosophy, “speaks of chiliasm as a necessary part of complete orthodoxy, although he knows Christians who do not ac­cept it.”10  Harnack made this significant observation: “That a philosopher like Justin, with a bias towards an Hellenic con­struction of the Christian religion, should nevertheless have ac­cepted its chiliastic elements is the strongest proof that these enthusiastic expectations were inseparably bound up with the Christian faith down to the middle of the second century.” 11

It should be noted that Har­nack was strongly liberal in his theology; therefore, he was not biased in favor of Premillennial­ism. In light of this fact his corn­ments take on added significance.

Will Durant, the twentieth cen­tury historian who produced the multi-volume set entitled The Story of Civilization, wrote the following concerning Jesus Christ’s view of the Kingdom of God: “What did he mean by the Kingdom? A supernatural heav­en? Apparently not, for the apos­tles and the early Christians unanimously expected an earthly Kingdom. This was the Jewish tradition that Christ inherited; and he taught his followers to pray to the Father, Thy King­dom come, ‘Thy will be done on earth as it is in heaven.’”12  Durant further declared that “The apos­tles were apparently unanimous in believing that Christ would soon return to establish the King­dom of Heaven on earth.”13 Then he stated that “One faith united the scattered congregations: that Christ was the son of God, that he would return to establish his Kingdom on earth, and that all who believed in him would at the Last Judgment be rewarded with eternal bliss.” 14

Much of the evidence which these historians use to substanti­ate their claim is found in the writings of early Church leaders. Some of these writings will be examined in the next article, 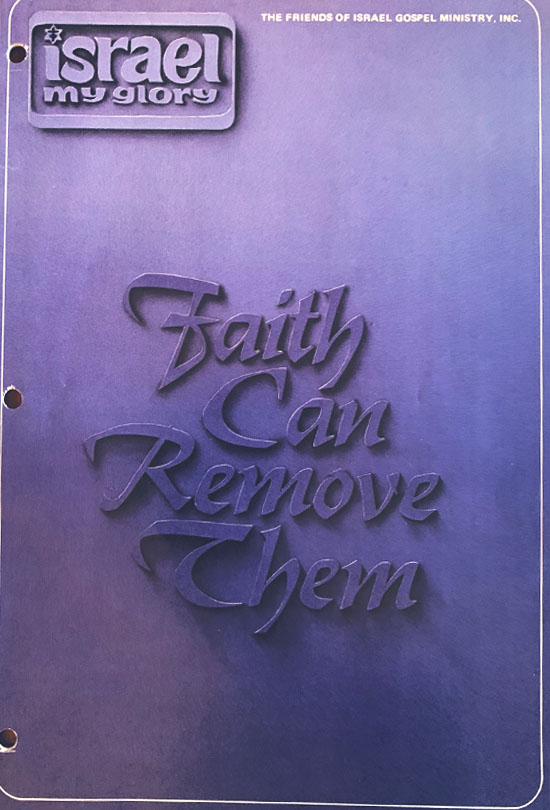