A Presentation of Dispensational Theology

In the last four issues of Israel My Glory, a clear, concise and historically accurate presentation of Covenant Theology was given. This article is the first in a series presenting the biblical basis for Dispensationalism as a preferred system of theology. This is the position of the editors of Israel My Glory. It is a system of interpretation based on a literal, grammatical and historical approach to the Word of God.

Over the last three to four hundred years Bible-believing scholars have developed two distinct approaches to expositing the Bible’s philosophy of history. Each approach has produced a system of theology. One of these systems, Covenant Theology, has been examined in earlier articles. Now the second system, Dispensational Theology, must be examined.

A Simple Definition Of Dispensational Theology

The History Of Dispensational Theology

Dispensational Theology did not exist as a developed system of thought in the early church. Early church leaders did recognize some of the biblical principles which are basic to Dispensational Theology. For example, Clement of Alexandria (150-220 A.D.) recognized four dispensations of God’s rule.1  Augustine (354-430 A.D.) noted the fact that God has employed several distinct ways of working in the world as He executes His plan for history. Augustine used the term “dispensation” when referring to these different ways.2  It must be said, however, that these church leaders did not develop these recognized principles into a system of thought. They were not Dispensational Theologians.

The first person on record to develop a genuine dispensational scheme in a systematic fashion was the French philosopher Pierre Poiret (1646-1719 A.D.). In his work entitled The Divine OEconomy: or An Universal System of the Works and Purposes of God Towards Men Demonstrated Poiret developed a scheme of seven dispensations covering the scope of the Scriptures and history. This work was published in Holland in 1687.3

In 1699 John Edwards (1639-1716 A.D.) published a well-developed dispensational scheme in his book entitled A Compleat History or Survey of All the Dispensations.4  Isaac Watts (1674-1748 A.D.), the famous hymn writer and theologian, presented a system of six dispensations in an essay named “The Harmony of all the Religions which God ever Prescribed to Men and all his Dispensations towards them.”5

During the nineteenth century the Plymouth Brethren, including one of their key leaders, John Nelson Darby (1800-1882 A.D.), played a very significant role in developing, systematizing and spreading Dispensational Theology.

Dispensationalism has been developed and promoted even further during the twentieth century through the Scofield Reference Bible. This work, which was published originally in 1909, was primarily the work of a Congregationalist pastor and Bible teacher, C. I. Scofield. Scofield had been taught the Scriptures and Dispensationalism initially by the famous Presbyterian pastor and Bible teacher, Dr. James H. Brookes.6  He produced the reference notes for the Bible after years of personal Bible study and months of intensive work in the libraries of the leading universities of Europe.7 The impact of the Scofield Reference Bible is indicated by two facts. It was the first publication of Oxford University Press of New York to attain a sale of one million copies.8  In addition, in recognition of this work, Scofield was elected to membership in the Societe Academique d’Histoire Internationale, the most influential of European literary societies.9

The rise of Bible and prophecy conferences and the Bible school movement since the late eighteen hundreds has also been a great aid to the spread of Dispensational Theology. Most Bible colleges and institutes, such as Philadelphia College of Bible, have consistently been dispensational in their teaching. On the seminary level the same has been true of Dallas Theological Seminary.

A very significant treatment of Dispensational Theology in the latter half of the twentieth century is the book entitled Dispensationalism Today by Charles C. Ryrie.

The Meaning Of The Word “Dispensation”

It “relates primarily to household administration.”11

The English word “dispensation” sometimes refers to “the system by which things are administered,” and “the divine administration or conduct of the world.” Theologically it is “A religious order or system, conceived as divinely instituted, or as a stage in a progressive revelation, expressly adapted to the needs of a particular nation or period of time . . . .”12

The English word “economy” in its theological usage refers to “The method of the divine government of the world, or of a specific department or portion of that government.”13

The Usage Of The Word For Dispensation In The New Testament

The word oikonomia appears nine times in the New Testament. In six of these appearances (Lk. 16:2-4; 1 Cor. 9:17; Eph. 3:2; Col. 1:25) it is translated “stewardship” (NASB) and refers to a responsible office or ministry entrusted to one’s care by a higher authority. In the other three appearances (Eph. 1:10; 3:9; 1 Tim. 1:4) it is translated “administration” (NASB) and refers to a particular way of God administering His rule over the world. Ephesians 1:10 is of special interest, for it appears to refer to the particular way that God will administer His rule in the coming Millennium (the Millennial Dispensation). Ephesians 3:9 and 1 Timothy 1:4 refer to the particular way that God administers His rule now (the present dispensation).

Definition Of The Term “Dispensation” As It Relates To Dispensational Theology

In light of the usage of the word for dispensation in the New Testament, the term “dispensation” as it relates to Dispensational Theology could be defined as follows: a dispensation is a particular way of God administering His rule over the world as He progressively works out His purpose for world history.

Essential Characteristics Of Each Dispensation

Secondary Characteristics Of Each Dispensation

In order to understand the approach of Dispensational Theology to the Bible’s philosophy of history, several important points of clarification must be taken into consideration. First, the different dispensations are different ways of God administering His rule over the world. They are not different ways of salvation. Throughout history God employs several dispensations but only one way of salvation. Salvation has always been by the grace of God through faith in the Word of God, and God has based salvation on the work of Jesus Christ.

and man’s new responsibility near the beginning of each dispensation. Since Dispensational Theology recognizes several successive dispensations, it has a strong concept of progressive revelation.

The majority of Dispensationalists are convinced that the Scriptures reveal seven dispensations of God’s rule covering the scope of history. The next article will begin the examination of those dispensations. 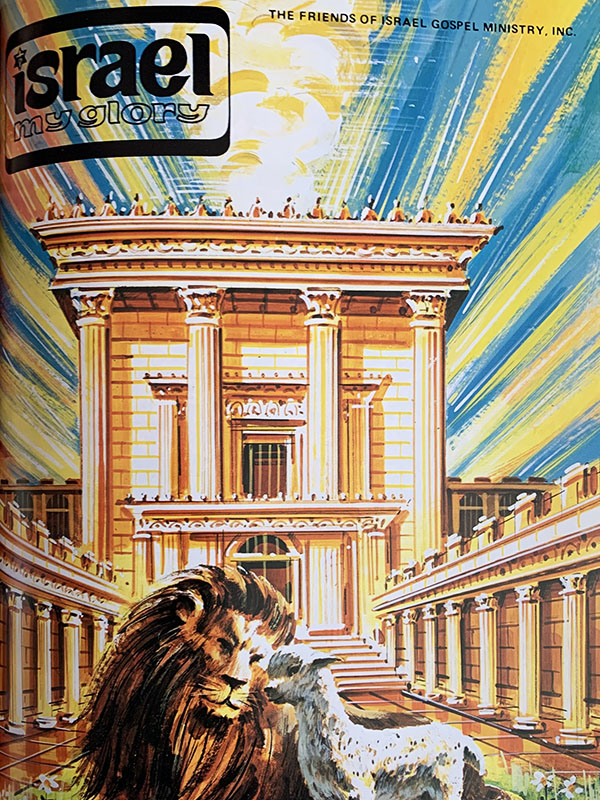