The Rabbis Have A Problem With Hebrew Christians
Ever since the Supreme Court of Israel, in the case of “Brother Daniel” (Oswald Rufeisen, a Jewish convert to Catholicism) declared that “a Jew is a person born of a Jewish mother, and who has not been converted to another faith,” the question of “Who is a Jew” has become one of the burning problems which agitates the minds of Rabbis and Jewish leaders.

In fact, the problem has become something of a national hang-up or nightmare. The noted Jewish writer, Will Herberg, expressed it this way: “Being a Jew has become a religion in itself.”

Strangely enough, the same Rabbinical Court ruled that a Hebrew Christian may not at any time be exempt from responsibilities which membership in the Jewish faith imposes upon him by Divine Revelation clearly defined in the Written (i.e. in the Old Testament) and Oral Law (that is the Rabbinical Law.) Dallas Times Herald 4/6/1972.

What this Rabbinical edict amounts to is this: That a Jew who confesses Christ is no longer a Jew, but he is nevertheless obligated to observe the laws of the Old Testament and of the Rabbis.

It would be interesting to find out how many Jews today really keep the Biblical laws, let alone the Rabbinical laws. Surely they must be a very small minority? And do Rabbis themselves observe these laws? We seriously doubt it. Ask any informed Jew and he will have to confirm this.

There is something patently wrong with this Rabbinical verdict, which on the one hand declares that a Jewish believer in Christ is no longer a Jew, but at the same time expects him to keep the minute Rabbinical rules and regulations as if her were still a Jew, and a very orthodox one at that.

Gentlemen of the Rabbinical Court, you had better make up your minds as to whether a Christian Jew is still a Jew, or whether he is not. If he is not, as your edict declares, what right have you to impose on him your own man-made laws?

It seems to us that the Rabbis have enmeshed themselves in a dilemma from which they cannot extricate themselves. On the one hand the Talmud declares that ”an Israelite, though he sin, is still a Jew.” On the other hand the age old prejudices of the Rabbinical Court dictate to them to despise the Hebrew Christian, and are to exclude him from the Jewish community. Hence their self contradicting declaration.

In any case, who has given these gentlemen the right to declare that a person of Jewish birth, who is deeply rooted in the history of Israel, their trials and tragedies, who loves his people, who prays for them and seeks their welfare, who believes in the God of Abraham, Isaac and Jacob and in the Bible, in the Prophets and the great seers of Israel, is no longer a Jew, merely because he believes in Yeshua Ha-Mashiach, the greatest Jew who ever lived?

If the Rabbinical gentlemen take it upon themselves to declare that such a God-fearing person is no longer a Jew, why do they still include in the Jewish fold the millions of Jews who openly flaunt their unbelief in God and scorn His Word? Why are declared atheists, communists and all kinds of people who produce obscene literature (for example Portnoy’s Complaint) and moral filth, which poison the minds of millions, why are they considered as Jews in good standing, without any moral strictures from these venerable Rabbis? These polluters of the spirit are the true enemies of the Jewish people, and not the Hebrew Christians.

The Jewish Chronicle of June 16, 1972 carried a picture of Orthodox Jews dressed in sackcloth marching the streets of Jerusalem, in protest against the opening of a shop where vulgar, smutty “sex literature” is sold. As a result of their protest, the Israeli police confiscated several truckloads of this filth. One can sympathize with these orthodox Jews, but not with those who ostracize or persecute Jewish people for their faith in Yeshua Ha-Maschiach.

In the humble opinion of this writer, the Hebrew Christians of our generation who, in spite of the prejudices, contempt and sometimes physical abuse of their neighbors, dare to profess Jesus as their Messiah and Savior, deserve not ostracism or persecution, but admiration and respect.

To be a Hebrew Christian is to be an heir to the great heritage of Israel, the Prophets who saw in their splendid visions the coming of the Messiah, the Psalmists who sang about His suffering and glory. Biblical Messianism is a more authentic manifestation of true Scriptural Judaism than the many contemporary versions of Judaism, including Orthodox, Reform, Liberal, Conservative and what have you.

Instead of wasting their time in hunting down and anathemizing Jewish Christians, our Rabbis would much better serve our Jewish brethren, mankind and God, if they would try and study again the whole of The Revealed Word of God, the Old and New Testaments, and, having found Him who is The Way, The Truth and The Life, would start passing on this Truth to those of their flocks who still walk in the abysmal age-old darkness of prejudice and ignorance. The hollowness and emptiness of contemporary Judaism has caused thousands of young Jews to join the Jesus movement, where they are finding that for which their souls have craved for so long. What a glorious difference this would make to our Jewish people and to all of mankind. The vision of Isaiah would then come to pass:

“Behold thou shall call a nation that thou knowest not, and nations that knew not thee shall run unto thee, because of the LORD thy God, and for the Holy One of Israel, for He hath glorified thee.” Isaiah 55:5. 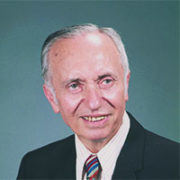 Victor Buksbazen (1903–1974) was the first executive director of The Friends of Israel and served in that capacity and as editor-in-chief of Israel My Glory for 33 years. He was a Polish immigrant to the United States and a Hebrew Christian who was fluent in seven languages, including Hebrew. He held a ThD in theology.