An Evaluation of Covenant Theology

Editor’s Note: Is my face red! Please accept my apology. Inadvertently, the fourth article by Dr. Showers was published before the third article. Chronologically the article you now hold in your hand should be placed before the article which appeared in the December/January issue, pages 16-19.

Berkhof is convinced . . . that believers before Abraham were in the Covenant of Grace.

Covenant Theology represents the whole of Scripture and history as being covered by several cove­nants. The Covenant of Redemp­tion was established between the Father and the Son in eternity past. Through it God determined to provide redemption for elect human beings during history. The Covenant of Works was estab­lished between God and Adam, the representative head of the human race. It was put into effect between the times of the creation and fall of man, and it required Adam to be perfectly obedient to God.

Covenant Theologians disagree concerning when in history the Covenant of Grace was established. Some believe that it was established immediately after Adam’s fall, when God gave the first promise of the Redeemer (Gen. 3:15). Others take a differ­ent view. Berkhof states that Gen­esis 3:15 was the first revelation of the Covenant of Grace, but it was not the formal establishment of that covenant.1 The covenant was not established until God’s covenant with Abraham (Gen. 12). “The establishment of the cove­nant with Abraham marked the beginning of an institutional Church.” Before Abraham “there was what may be called ‘the church in the house’.. . families in which the true religion found expression  . ., but there was no definitely marked body of believers, sep­arated from the world, that might be called the Church.” 2 Thus, Berkhof sees the Church in the Old Testament, and he appears to equate the beginning of the Church with the establishment of the Covenant of Grace.

Covenant Theology claims that the Covenant of Grace requires several things of those people who are in it. It requires faithful, devoted love, agreement to be God’s people, saving faith in Christ, continual trust in Christ forever and a life of obedience and consecration to God. 4

The main promise which God makes in the Covenant of Grace is this: “… I will… be a God unto thee, and to thy seed after thee” (Gen. 17:7). However, this main promise includes the following promises: temporal blessing, jus­tification, adoption, eternal life, the Spirit of God with His many ministries, and final glorification.5

Covenant Theologians recognize that there have been different dispensations and progress of revelation through the course of world history.

According to Covenant Theology, each dispensation or each covenant named in the Bible is simply another stage of the progressive revelation of the nature of the Covenant of Grace throughout history.

Covenant Theologians recog­nize that there have been different dispensations and progress of revelation through the course of world history. For example, in the Netherlands Johannes Cocceius (1603-1669) recognized three dis­pensations after the fall of man. He called the first ante legem (before the law), the second sub lege (under the law) and the third post legem (after the law) 7

It is preferable to follow the traditional lines by distin­guishing just two dispensa­tions or administrations, namely, that of the Old, and that of the New Testament; and to subdivide the former into several periods or stages in the revelation of the cove­nant of grace. 8

God’s covenanted purpose with sinful man has ever been one of grace; but the cove­nant of grace was based on a double plan, or, to use scrip­tural terminology, was re­vealed in two dispensations. The first of these was the Mosaic dispensation some­times called the “Old Cove­nant,” and the second is the Christian dispensation, usu­ally called the New Covenant.” 9

Covenant Theologians claim that the Covenant of Grace exists throughout these dispensations. In spite of some differences in administration between the dispensations, it is the same Cove­nant of Grace which is being ad­ministered. Kevan declares that in the strictly biblical sense the word “dispensation” is used in the Scriptures to make only one distinction, that is, the distinction between the way the grace of God was made known before the coming of Christ and the way it was manifested after his redeeming work had been accomplished . . . strictly, the covenant is one and the same covenant of grace all through, …. 10

Covenant Theologians present several proofs for the existence of the Covenant of Grace . . .

. . . it would appear that Covenant Theology sees the ultimate goal of history as being the redemption of the elect.

To Kevan’s way of thinking, then, it is rather improper to speak of Old Covenant and New Cove­nant. 11

Berkhof says that the Covenant of Grace is essentially the same in all dispensations, though its form of administration changes. 12

Now it is undoubtedly true that there is considerable dif­ference between the administration of the covenant be­fore and after the giving of the law, but the similarity is greater than the difference.13

The covenant of Sinai was essentially the same as that established with Abraham, though the form differed somewhat. 14

The covenant of grace, as it is revealed in the New Testa­ment, is essentially the same as that which governed the relation of Old Testament believers to God. 15

According to Covenant Theol­ogy, each dispensation or each covenant named in the Bible is simply another stage of the pro­gressive revelation of the nature of the Covenant of Grace through­out history. George N. M. Collins, minister of Free St. Columba’s Church, Edinburgh, Scotland, writes:

Throughout the OT period there were successive proc­lamations of this covenant. We find it in the protevangelium of Gen. 3:15. Certain of its provisions were later re­vealed to Noah (Gen. 9). It was then established with Abraham (Gen. 12), and with his descendants after him, thus becoming a national cov­enant. Although in the NT this covenant is described as new, such passages as Ro­mans 4 and Galatians 3 show that it is essentially one with the covenant under which be­lievers lived in OT times …. But although the same cove­nant, it is described as a better covenant under the NT dispensation, because it is now administered not by Moses, a servant, but by Christ the Son (Heb. 3:5,6). 16

Covenant Theologians present several proofs for the existence of the Covenant of Grace through­out the dispensations.

The Bible teaches that there is but a single gospel by which men can be saved. And be­cause the gospel is nothing but the revelation of the cove­nant of grace, it follows that there is also but one cove­nant. 18

Here Berkhof uses the term “sacraments” to refer to circum­cision and baptism.

As was seen earlier, the first necessary element of a valid ex­position is this: an ultimate pur­pose or goal for history toward the fulfillment of which all history moves. Because Covenant The­ology emphasizes the Covenant of Grace as God’s means of work­ing His purpose throughout his­tory, and because it defines that covenant as “that gracious agree­ment between the offended God and the offending but elect sinner, in which God promises salvation through faith in Christ, and the sinner accepts this believingly, promising a life of faith and obe­dience,” 21 it would appear that Covenant Theology sees the ulti­mate goal of history as being the redemption of the elect.

The second necessary element is the recognition of distinctions or things that differ in history.

Covenant Theology handles dis­tinctions as follows: Distinctions after the fall of man are different administrations of the same Cove­nant of Grace.

The third necessary element is a proper concept of the progress of revelation. As it deals with this concept, Covenant Theology sees each new body of truth which is revealed as simply another stage of the progressive uncovering of the nature of the Covenant of Grace.

The fourth necessary element is a unifying principle which ties the distinctions and progressive stages of revelation together and which directs fchem toward the fulfillment of the purpose of history. Covenant Theology’s unify­ing principle for history after the fall of man is the Covenant of Grace.

In order to benefit from the continuity of the material presented by Dr. Showers, you may now want to go back and read again the article in our Dec./Jan. issue. That segment concludes his dealing with Covenant Theology, and the next issue will focus on the alternate approach, namely — Dispensationalism. 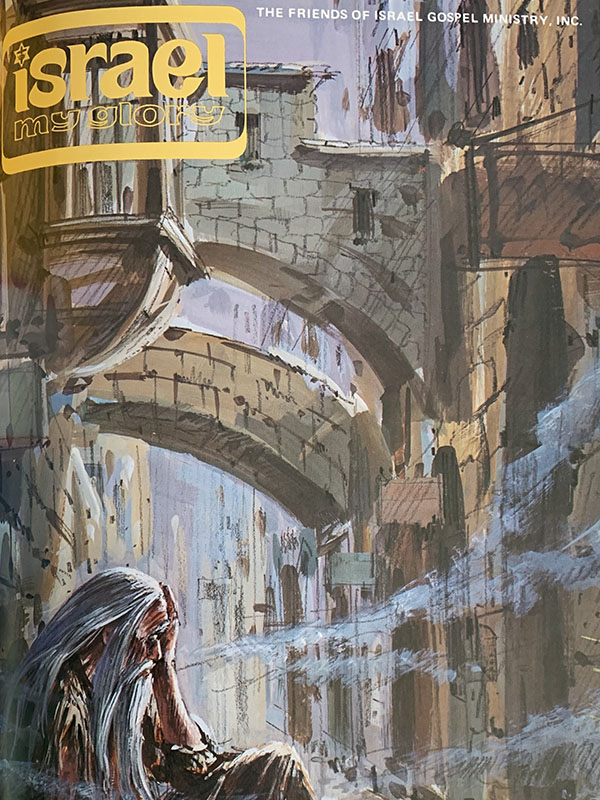