Not only is Nigerian president Muhammadu Buhari behind what several international observers are calling a genocide of Christians in his nation, but former U.S. President Barack Hussein Obama played a major role in the Muslim president’s rise to power, say the Nigerians.

Femi Fani-Kayode, Nigeria’s former minister of culture and tourism, posted on Facebook, “What Obama, John Kerry and Hilary [sic] Clinton did to Nigeria by funding and supporting Buhari in the 2015 presidential election and helping Boko Haram in 2014/2015 was sheer wickedness, and the blood of all those killed by the Buhari administration, his Fulani herdsmen and Boko Haram over the last 5 years are [sic] on their hands.”

Former U.S. Secretaries of State Kerry’s and Clinton’s appeasement of Boko Haram—an Islamic terror organization notorious for massacring, enslaving and raping Christians, and bombing and burning their churches—is what connects them to the “sheer wickedness.”

For example, after a Nigerian military offensive killed 30 Boko Haram terrorists in 2013, Kerry “issued a strongly worded statement” to Buhari’s predecessor, President Goodluck Jonathan (2010–2015), a Christian, warning him, “We are . . . deeply concerned by credible allegations that Nigerian security forces are committing gross human rights violations” against the terrorists.

“Those of you that still love the evil called Barack Obama,” Fani-Kayode said in his post, “should listen to this short clip and tell me if you still do.” He was referring to an Al Jazeera video interview of Eeben Barlow, a former lieutenant-colonel of the South African Defence Force and chairman of a private military company President Jonathan hired in 2015 to help defeat Boko Haram.

“In one month,” Barlow said, “we took back terrain larger than Belgium from Boko Haram. We were not allowed to finish because it came at a time when [Nigerian] governments were in the process of changing.” He said, “The incoming president, President Buhari, was heavily supported by a foreign government, and one of [his] first missions was to terminate our contract.”

Asked if he could name the “foreign government,” Barlow replied, “Yes, we were told it was the United States, and they had actually funded President Buhari’s campaign, and the campaign manager for President Buhari came from the U.S. And I am not saying the United States is bad—I understand foreign interests—but I would have thought that a threat such as Boko Haram on the integrity of the state of Nigeria ought to be actually a priority. It wasn’t.”

Fani-Kayode and Barlow are not alone in accusing Obama of “heavily supporting” and “actually funding” a presidential candidate who, since becoming president, has increasingly turned a blind eye to the worsening Muslim slaughter of Christians. Jonathan himself revealed the following:

On March 23, 2015, President Obama himself took the unusual step of releasing a video message directly to Nigerians all but telling them how to vote. . . . Those who understood subliminal language deciphered that he was prodding the electorate to vote for the [Buhari/Muslim-led] opposition to form a new government. . . . The message was so condescending, it was as if Nigerians did not know what to do and needed an Obama to direct them. 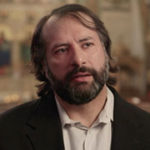 Raymond Ibrahim is a widely published author, speaker, and Middle East and Islam specialist. His website is raymondibrahim.com. Used by permission.

At sundown September 18, our Jewish friends will celebrate Rosh Hashanah. This first of the High Holy Days initiates a new year on the Jewish calendar...

From Moses to Jesus

Eclectic is how I would describe my mother’s taste in furniture. Nothing really matched when I was growing up. Furniture was not her thing...

How do we find meaning in life? That is a question people around the world ask themselves. Even Israel’s King Solomon, the wisest, richest man who ever lived, asked it...

In the 1960s, the English rock group The Rolling Stones shot to stardom with a song titled “(I Can’t Get No) Satisfaction.” This thought easily could...

In 1969 singer Peggy Lee had a hit song titled “Is That All There Is?” The woman in the song reflects back over her life, which is filled with disappointments...

Have you ever met someone who claims to be an existentialist? I have, and it was an encounter I’ll never forget...