Discipleship: The Lifeblood of the Church

The saved and sanctified halls of Christendom are sadly strewn with the remains of weak, passive, vulnerable Christians who, having made a profession of faith in Christ, are left to fend for themselves spiritually in an extremely unspiritual world. This situation ought not to be.

New believers must be discipled. It’s admirable to give a new Christian a Bible, but how much more valuable to also teach him or her how to study it.

Kekoa Kramer accepted Christ three months after Friends of Israel Field Representative Jonathan Craft started witnessing to him and praying with him. As a new believer, Kekoa was vulnerable to false teachers, misinterpretation of Scripture, and lack of assurance of salvation.

Three months after coming to Christ, he was fired from his job, probably for sharing his faith with everyone he met. Isolated by unemployment and COVID-19 restrictions, television preachers caught his attention. He became easy prey for the enemy of his soul. Without a foundation of biblical truth, Kekoa could have been both discouraged and tossed about by every wind of doctrine.

But Jonathan started discipling Kekoa in weekly sessions, giving him the keys to Bible study. He covered Christ’s Kingdom glory, the divisions in the Bible (Old and New Testaments), and explained to whom the books of the Bible were written and for what purpose. They discussed current false teachings, including the prosperity gospel, various pseudo-Christian cults, and the fallacy of forsaking doctrine for the sake of unity.

Jonathan found himself being encouraged and edified as much as Kekoa. Once Kekoa understood the Bible was written for him but not necessarily to him, he avoided the mistake so many Christians make: claiming every promise in the Bible as their own, which creates confusion and disappointment.

When Kekoa could see the difference between the church and Israel in God’s plan, he easily recognized the unbiblical, anti-Semitic doctrine of Replacement Theology. Once he understood the importance of prophecy and the book of Daniel, he gained perspective on what is happening in the world today. Once it became clear God was not finished with Israel, Kekoa understood the purpose of the Tribulation and why the church will be raptured from Earth when God unleashes His wrath. The 18 months spent discipling Kekoa became one of the most blessed times in Jonathan’s ministry.

Kekoa is gone now. He is with the Merchant Marines, and his ship is at sea. The phone calls are fewer and far between, but the foundation was laid; and Kekoa is shining the light of the gospel from seaport to seaport. He asks Jonathan for gospel tracts and prayer for those with whom he is sharing the Good News. His heart is steadfast. His knowledge of God’s Word is amazing for one so new to the faith. Not only was he delivered from the kingdom of darkness, but he also is serving the One who brought him into the Kingdom of Light.

Every year a multitude of people make professions of faith in Christ, then have no idea what to do next. Teaching, admonishing, reproving, and encouraging new believers is one of the greatest joys a Christian can have and one of the greatest needs in the church today. 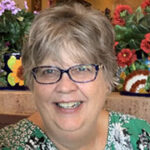