When the English preacher, Charles Spurgeon, was asked how he reconciled the doctrines of divine election and human responsibility, he replied, “I don’t for I never try to reconcile friends.” While they may be friends, however, many see them as mortal enemies pitted against one another in a great theological struggle. Whenever the doctrine of election is brought up, someone inevitably raises the question, Well if God sovereignly elects some to salvation, then how can He hold the nonelect responsible for rejecting Him?

In Romans 9 Paul was faced with this type of objection. Having previously established divine election as the principle by which God has historically dealt with Israel, Paul anticipated two objections. The first objection focused on the question, Does election destroy God’s righteousness? The second objection (and the subject of this article) asked, Does election destroy human responsibility?

In verse 19 Paul set forth his objector’s question in these words, “Thou wilt say then unto me, Why doth he yet find fault? For who hath resisted his will?” On the surface, this appears to be an honest question. However, it expresses the irreverence of one who blames God for holding man responsible for his sin. In light of what the apostle had previously written concerning God’s sovereignty in displaying His mercy and in hardening men’s hearts (v. 18), Paul’s objector was essentially asking, lf God hardens some men, then how can He turn around and blame them for being hard? With the context pointing to Pharaoh as the illustration of the hardened heart, the question can be worded this way: If God hardened Pharaoh’s heart and used Pharaoh to accomplish His will then how can God be just in punishing him?

This is no ordinary question but rather an attempt to blame God for man’s sin and thus avoid any personal responsibility.  After all this objector reasoned, if God is sovereign, then how can He hold me responsible for resisting His will? How did Paul deal with such an objection? His approach was not to settle the theological tension that exists between divine sovereignty and human responsibility. He, like Spurgeon, never tried to reconcile friends. Instead, he focused on the real issue -the attitude of audacious irreverence on the part of the objector toward God.

The man who dares to accuse God of being unjust because He sovereignly chooses some to salvation while still holding the others responsible for their unbelief, is a man who has insufficient knowledge about God. He doesn’t understand the God he accuses. Therefore, Paul presents three truths about God that this accuser needs to know.

In this article we will look at the first two truths, and the next article will focus on the third truth.

I.  The Power of God

The first thing Paul did was rebuke the irreverence of the man who challenged God’s justice and integrity. He wrote, “Nay but, O man, who art thou that repliest against God?” (v. 20). Far from treating this objection as a sincere question, Paul saw it as a wicked accusation against God. His response was to condemn the arrogance of the objector by facing him with a question: Who do you think you are to speak to God this way? It is obvious from this person’s impugning of God’s character that he lacked understanding of his frailty in relation to God’s exalted authority. He was ignorant of God’s power to do whatever He chooses to do with His creatures. Therefore, Paul took this opportunity to give a lesson to this arrogant objector on the authority of God.

The thrust of Paul’s argument centered around the Old Testament imagery of a piece of clay and a potter. He stated, “Shall the thing formed say to him that formed it, Why hast thou made me thus?” (v. 20). Using an analogy familiar to his Jewish readers (Isa. 29:16;45:9; 64:8; Jer. 18:6), Paul made the point that God is like a potter working with man who is like a piece of clay. just as the potter has the right to mold the clay into whatever he chooses, without complaint from the clay, so God has the right to do whatever He desires with a man, without disrespectful back talk from him.

We need to be very careful that we don’t misinterpret Paul’s statement. Some Bible teachers, in their zeal to help people with their self-esteem, have misapplied this verse. They have principlized this verse to say something like If God created you with freckles or a big nose, you have no right to question Him because He knows what He is doing. While it is true that God is in charge of our physical appearance, Romans 9:20 has absolutely nothing to do with God as Creator.

A careful observation of Paul’s statement reveals that he never said, Shall the thing created say to the Creator, but rather, “Shall the thing formed say to him that formed it” Why is this distinction so important? The Bible does not teach that God originally created man sinful and that He has a right to create sinful creatures in order to punish them. Adam was created in a state of innocence, and he chose to sin. The force of Paul’s argument is that God is like a potter working with clay. A potter does not create clay, but rather he takes the clay as he finds it. While God knew man would sin, He did not create him sinful. God is not responsible for man’s sin. God has simply taken the lump of clay, known as sinful humanity, and by sovereign election has fashioned some into vessels that receive mercy.

Paul pressed home the truth of God’s authority by illustrating it in verse 21. He said, “Hath not the potter power over the clay, of the same lump to make one vessel unto honor, and another unto dishonor?” No one objects when a potter makes from the same lump of clay a beautiful vase for the living room and an ugly ashtray for the bathroom. In Jeremiah 18 God illustrated His authority over Israel by sending the prophet to observe a potter shaping a piece of clay into whatever object he chose to make it. Jeremiah did not object to the potter’s authority over the clay. He understood and accepted the analogy. The objector to election needed to understand that if a human potter can make one vessel for an honorable use and another for a dishonorable use, then certainly God Almighty has the right to fashion sinful humanity into vessels of mercy or hardened sinners. In the context of Romans 9 Paul is really saying, God has the right to make Moses a vessel of mercy for His use and Pharaoh a vessel for wrath!

As forceful as this analogy may be, someone may object to it on the basis that people are different from lumps of clay because humans have feelings, intelligence and wills! However, that objection misses the apostle’s point. Men and clay are similar in the sense that they are both at the mercy of their masters to make them into whatever He sovereignty wills them to be. The issue is the power and authority of the Master, not the makeup of the object molded. just as the potter has the right to determine the destiny of his clay, so God has the right to determine the destiny of His creatures.

Having stated that God is sovereign, like a potter over clay, Paul next applied this truth to the way God uses election to work out His eternal purposes. Paul wrote, “What if God, willing to show his wrath and to make his power known, endured with much longsuffering the vessels of wrath fitted to destruction” (v. 22). A paraphrase of this sentence could read this way, What if God, even though He desired to immediately send men to Hell for their sin, withheld His judgment and was patient toward those deserving judgment?

The gist of this verse is that God has been very patient with vessels of wrath who oppose, insult and hate Him. This truth of God’s patience with sinners answers the questions: Why hasn’t God wiped out the pagan world which has continually suppressed His truths revealed in nature (Rom. 1)? Why didn’t God wipe out the entire nation of Israel the moment they worshipped a golden calf (Ex. 32)? The answers to these questions are found in verse 23: “And that he might make known the riches of his glory on the vessels of mercy, which he had before prepared unto glory.” God has been patient with the world of sinners (both the Gentile and Jewish world) because, out of the clay of sinful humanity, He has chosen some to save and take to glory as vessels of mercy.

God’s eternal purposes are fulfilled through His sovereign election. One reason God allows sin and suffering to continue, instead of wiping out a world in rebellion to Him and sending them all to Hell, is that He has mercifully chosen some of these rebels to be vessels of mercy. These vessels have been prepared beforehand for glory. These were chosen in Christ before the foundation of the world (Eph. 1:4). Yet, in order for these chosen ones to experience salvation, God continues to endure “with much longsuf­fering the vessels of wrath fitted to destruction” (v. 22).

Do you know what God is doing in the world today? He is calling out His chosen ones from among the lump of humanity. Paul said of these chosen vessels of mercy, “Even us, whom he hath called, not of the Jews only, but also of the Gentiles” (v. 24). From the world of pagans and the Jewish people, God is making known the riches of His glory to previously chosen individuals. Peter affirmed this truth when he spoke of the church in these words: “But you are a chosen generation, a royal priesthood, an holy nation, a people of his own, that ye should show forth the praises of him who hath called you out of darkness into his marvelous light; Who in time past were not a people but are now the people of God; who had not obtained mercy but now have obtained mercy” (1 Pet. 2:9-10).

Can God legitimately be accused of being unjust because puny man cannot reconcile divine sovereignty with human responsibility? The answer is an emphatic “No!” While man is mentally incapable of resolving this theological paradox, he is capable of understanding that the truths about the power and purposes of God ought to silence his arrogant accusation. 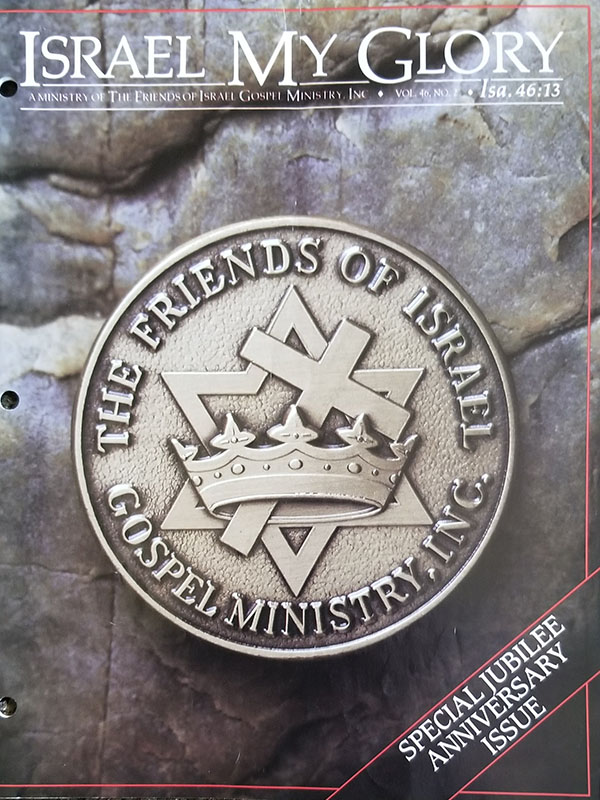