What constitutes a “call” for a person of God? Is it a mystical experience that seemingly only a few receive? Is it that still small voice of God that speaks to us in our confusion? Or is it the confluence of a series of events orchestrated by God that leads us into His call in our lives?

Ezekiel was a man of God called into service for His Lord. Although his experience was unique to him, his call illustrates the call of God upon every person who has ever had a personal relationship with God.

Ezekiel’s ministry occurred during a difficult time for the nation of Israel. It had been taken into captivity in Babylon, and Jerusalem was about to fall because of the sinfulness of the Jewish leaders and people. Despair was the order of the day. In the midst of this situation, God called Ezekiel to speak for Him. His call is a challenge for us in a day when the world is in no better condition than Israel was in Ezekiel’s time.

The Glory of God

Ezekiel’s call is based on the vision he saw in the first chapter of the book. The Scriptures indicate that Ezekiel was confronted by God. In Ezekiel 3:22–27, he was commanded to go into the plain: “

In this passage, Ezekiel was confronted with the same vision that he saw in chapter 1. It is clear from these verses that God met Ezekiel in the plain and talked to him. Thus, Ezekiel’s vision in chapter 1 was also of God.

In Ezekiel 43:1–3, Ezekiel was again shown the glory of God:

Afterward, he brought me to the gate, even the gate that looketh toward the east, and, behold, the glory of the God of Israel came from the way of the east; and his voice was like a noise of many waters, and the earth shined with his glory. And it was according to the appearance of the vision which I saw, even according to the vision that I saw when I came to destroy the city; and the visions were like the vision that I saw by the river, Chebar; and I fell upon my face.

Jesus, the Glory of God

It is important to identify the one whom Ezekiel saw in the vision of chapter 1. He was shown a graphic portrayal of the life and ministry of Jesus the Messiah.

When undertaking a study of the life of Jesus, there is only one place to go for a definitive and comprehensive treatment of the subject—the four Gospels of the New Testament Matthew, Mark, Luke, and John Each Gospel gives a different and distinct perspective of the life and ministry of our Lord; when taken together, they present a complete picture of Him. The characteristics of Jesus presented in each of the four Gospels reveal the meaning of the four faces of the creatures recorded in Ezekiel 1:10:

The Gospel of Matthew was written to the Jewish people and proclaimed Jesus as their King. He is Messiah, the anointed ruler. The genealogy in Matthew chapter 1 shows that Jesus was in the royal line of King David through His legal father, Joseph. If we were to choose one of God’s creatures to portray Jesus as King, we could do no better than the lion.

The Gospel of Luke declares that Jesus is perfect man and gives another genealogy tracing His roots back through His mother Mary. There would definitely be interest in the genealogy of a perfect man. There is, therefore, no better choice to portray Jesus as a man than the face of a man.

John’s Gospel presents Jesus as deity, the Son of God. It is obvious why John did not present a genealogy—God has no beginning or ending; He has always been. The face of an eagle perfectly represents John’s teaching that Jesus is the eternal one.

Verse 10 gives additional insight into the person and work of Jesus. The statements “they four had the face of a man” and “they four had the face of an eagle” illustrate the truth of Luke and John that Jesus is the God-Man. He was not half God and half man. He is one hundred percent deity and one hundred percent humanity. He was Jehovah and, at the same time, fully human.

The verse also states, “they four had … the face of a lion, on the right side; and they four had the face of an ox on the left side.” The twofold ministry of Jesus is portrayed in the Gospels of Matthew and Mark: He came first as a servant and will one day return as the sovereign King. He came the first time as the “Lamb of God” (Jn. 1:29) to die, and He will return as the “Lion of the tribe of Judah” (Rev. 5:5) to reign.

Ezekiel’s vision formed the basis for his response. It is also a model for us and God’s call in our lives. Verse 28 relates how Ezekiel responded to the vision shown to him by God: “And when I saw it, I fell upon my face, and I heard a voice of one that spoke” (italics added).

Ezekiel saw the glory of his God. He recognized His greatness, impressiveness, and awesomeness. This was not just an exercise in theology but a reality that penetrated to the very depths of his being.

In the same way, we must see the greatness of our God and what He has done for us. Some schools of thought teach that we need mystical experiences or signs, such as the ones Ezekiel received, to enable us to walk dose to our Lord, but that is not true. Jesus said, “An evil and adulterous generation seeketh after a sign” (Mt. 12:39).

We have something that Ezekiel didn’t have—the completed revelation of God, the Bible. The Scriptures present a portrait of an awesome God and Savior and His love for us. If we believe His Word and let its truth permeate our hearts, we will be clanged.

When Ezekiel was confronted with the greatness of his God, he fell before Him in humility and reverence. This response is typical throughout the Word of God and throughout history, and it should be our response to God’s glory as well. We need not fall prone on the ground, but we must recognize in our hearts that He is the Most High God and that we are, at best, His unworthy servants. He is the King of kings and deserves our complete worship and obedience.

Paul captured the essence of Ezekiel’s act when, in Romans, after 11 chapters of sharing about the mercies of God, he said, “I beseech you therefore, brethren, by the mercies of God, that ye present your bodies a living sacrifice, holy, acceptable unto God, which is your reasonable service” (Rom. 12:1). If we truly see the greatness of our God, we will do what Paul admonished us to do.

The last and logical step in this progression is to willingly respond to God’s commands. Ezekiel heard and was obedient to what God asked of him.

God asked Ezekiel to do some strange things during his ministry, but Ezekiel never questioned his Lord. In Ezekiel 4:1–8, God told him he would be an object lesson for the Jewish people concerning what He would do to Jerusalem. As part of the command, God instructed Ezekiel to lie on his left side for 390 days next to a model of the coming siege of Jerusalem. When this was completed, he was to lie on his right side for 40 days. Ezekiel never questioned God’s commands but always obeyed Him. He was able to do this because he had seen the greatness of his God.

The Call of God

If we know Jesus as our Lord and Savior, He has called us to serve Him. Praying for all believers, Jesus said to His Father, “As thou hast sent me into the world, even so have I also sent them into the world” (Jn. 17:18). As believers, we do not need a call from God. He has already called us.

Ezekiel’s experience serves as an illustration for all believers. We must recognize the greatness of our God and return to our first love. When we see God’s impressiveness, we will fall before Him in humility and hear whatever He tells us.

His instructions to us are contained in His Word. We are to pray, share Christ with unbelievers, unite and serve with a local Bible-believing church, give of our finances, encourage one another, and follow a host of other biblical commands. God’s call is not to a particular place but to a particular lifestyle a godly lifestyle based on the Word of God. When we are committed to this call in our lives, God will lead us to the geographic area or group of people where He wants us to work, even if it is right in our own backyard. A consecrated, dedicated servant is easily led. There is no need to look for a call, because we already have one.

Have you seen the greatness of your God lately? The answer to this question can be found in how you are living out the call He has given you. 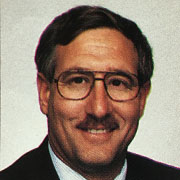 What constitutes a “call” for a person of God? Is it a mystical experience that seemingly only a few receive? Is it that still small voice of God that speaks to us in our confusion?

Was Ezekiel a paranoid schizophrenic? If not, he must, according to some writers, at least have had an abnormal personality. To lovers of the Bible, such a diagnosis of a biblical prophet is nothing short...

A few short months ago, a bill was introduced in the Congress of the United States to recognize city of Jerusalem as Israel’s national capital and move the U.S. Embassy to the city by 1999.

Ezekiel 38–39 foretells a massive future invasion “of Israel by the armed forces of six nations. Five of those nations are identified in 38:5–6 with the names they bore in Ezekiel’s time.

Soon after the Lord delivered the children of Israel from their bondage in Egypt, He gave Moses instructions to build the Tabernacle. The work was done according to God’s plan, and when it was completed...

Questions about heaven are always at the center of a believer’s thinking, especially questions dealing with the appearance of and activities in heaven. Through the eyes of John, believers are permitted a gaze...