Ezra, a Levitical priest and scribe (Ezra 7:6–11), exercised a central role in rebuilding the spiritual condition of the Jewish people who returned from Babylon (Ezra 7—10).

Second, he was saturated in the Scriptures. He was a man of the Word:

For Ezra had prepared his heart to seek the law of the LORD, and to do it, and to teach in Israel statutes and ordinances (Ezra 7:10).

God’s Word pervaded every area of his life and ministry. He was diligent in persistent preparation (“prepared his heart”), personal application (“to do it”), and purposeful communication (“to teach”).

Third, Ezra was a man of prayer who fell on his face weeping in prayerful confession for his people (Ezra 10:1). At other times, he praised God for answered prayer. His doxology in 7:27–28 is a case in point.

Fourth, Ezra was a team player. He ministered alongside his compatriot and colleague, Nehemiah (Neh. 8:1–18). They complemented each other, rather than competing against each other.

Ezra’s role was vital if God’s Word was to be understood and applied by all the Jewish people who assembled in the street of the water gate to hear it read. The Scriptures were written originally in Hebrew, but the recently returned exiles spoke Aramaic.1

So they read in the book in the law of God distinctly, and gave the sense, and caused them to understand the reading (Neh. 8:8).

Men of God are men of the Word and prayer. They are team players who are serious when it comes to communicating God’s Word clearly to those whose lives depend on it. Their faithfulness to both God and His people is seen visibly. Such men are diligent to read, reveal, and relate the text.

Put another way, gifted teachers of God’s eternal truth must immerse themselves in the examination, explanation, and application of the sacred text. All communication of Holy Writ must be contemporary, but with a scriptural balance. Specifically, that balance is summed up in this axiom:

Spiritual gifts—in this instance, teaching the Word—are tools to be used corporately (1 Pet. 4:10), not toys to be played with individually or selfishly (1 Cor. 12—14). Ezra was an example of a true teacher who used his gifts to edify God’s people for the corporate good.

Ezra also prefigures Christ. According to John 5:39, the Scriptures testify of Christ. Luke 24:27 and 44 attest the same truth.

Ezra reveals God’s continued fulfillment of His promises to keep David’s descendants alive. Zerubbabel himself is part of the messianic line as the grandson of Jeconiah (Jehoiachin, 1 Chr. 3:17–19; see Mt. 1:12–13). There is a positive note of hope in Ezra and Nehemiah because the Remnant has returned to the Land of Promise. In this land the messianic promises will be fulfilled, because they are connected with such places as Bethlehem, Jerusalem, and Zion. Christ will be born in Bethlehem (Mic. 5:2), not in Babylonia.2

Bible teacher Charles Swindoll concurs: “His birth in the preservation of the Davidic line and the remnant’s return to the Promised Land” prefigure Christ in Ezra.3 He proffers two further observations:

Ezra, then, was a man of the Word whose life, ministry, and book point inexorably to David’s Greater Son, Jesus Christ. 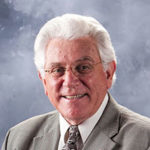 No More Villages to Burn

Christians are being killed in record numbers. If you think Muslims want to dominate the Middle East only, you are dangerously mistaken.

God always keeps His promises, even the unpleasant ones. The issues surrounding this captivity will take you from mere history to important theology.

After the Babylonian Empire, Media-Persia took over. This outstanding article sorts out that kingdom’s rulers and what they accomplished.

God may have removed the Jewish people from their land, but He faithfully brought them back. Learn how He did it and who He used.