God’s promises are always enough – His Word is truth. He is not a man, that He should lie (Num. 23:19). What God’s mouth has spoken, His right arm of power will always perform.

God promised that one day a unique and supremely important personality would step onto the stage of human history. More than five centuries before this event occurred, He gave some amazing details concerning this One who was to come.

His Place of Coming Was Proclaimed – Bethlehem:

“But thou, Bethlehem Ephrathah, though thou be little among the thousands of Judah, yet out of thee shall he come forth unto me that is to be ruler in Israel. . . “ (Mic. 5:2). There were two Bethlehems in Israel in the first century – one seven miles northwest of Nazareth, and the other five miles south of Jerusalem. One village was in the environs of Zebulun, the other in Ephrathah. This birth was so important that there must never be confusion, so God said this One who was to appear would come forth out of Bethlehem Ephrathah.

His Peculiarity in Coming Was Described – Virgin Birth:

His Purpose For Coming Was Revealed – Redemption:

“. . . I will also give thee for a light to the nations, that thou mayest be my salvation unto the end of the earth” (Isa. 49:6). The world was in darkness. Man had rebelled against his Creator. Sin had entered front and center onto the stage of human history. Separation from God was the tragic result. Jesus would come to give light in the midst of darkness, and life to all who would put their trust in His redeeming work. “In him was life; and the life was the light of men” (Jn. 1:4).

His Position at Coming Was Designated – King of Kings:

“FOR UNTO US A CHILD IS BORN, UNTO US A SON IS GIVEN, and the government shall be upon his shoulder; and his name shall be called Wonderful, Counselor, The Mighty God, The Everlasting Father, The Prince of Peace” (Isa. 9:6). The phrase, “and the government shall be upon his shoulder”, speaks of political authority. Jesus is the divinely-appointed King. Man was created to rule and reign, to have dominion over the planet Earth. He lost his inheritance of kingship through sin in the Garden of Eden. Jesus came the first time as a SUFFERING SERVANT to die for man’s sin; He is coming the second time as a RULING MONARCH to recapture man’s lost destiny as king of the earth. In that manger, a Child was born (humanity) and a Son was given (deity). One day to Him alone men and angels will ascribe blessing and honor and glory and power (Rev. 5:12). 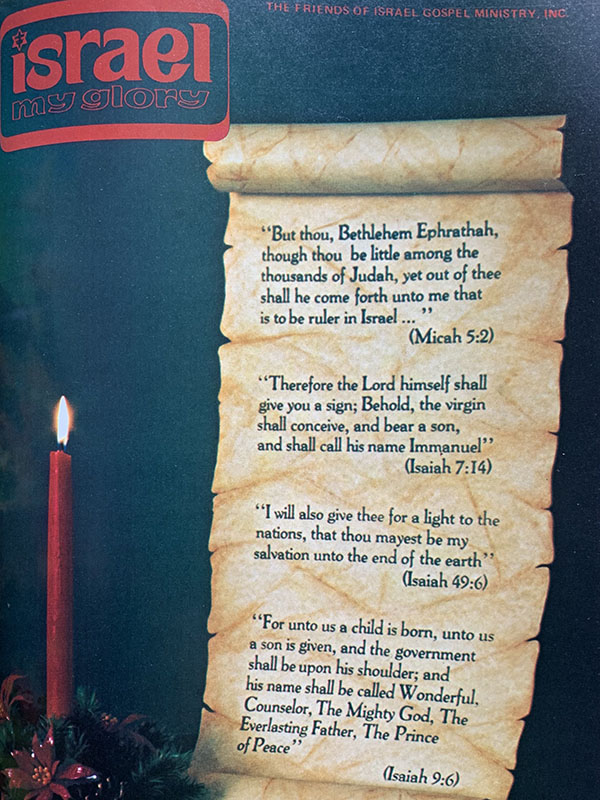