An unfamiliar voice suddenly pierced the silence in my car: “Exit right in 500 feet, then turn left.” For a moment, my heart raced. No, I wasn’t hearing the voice of God; it was my first time hearing a command from my brand new GPS. Regaining my composure, I dutifully obeyed the clear directive and arrived exactly where I needed to be. What an amazing tool for those of us who are “directionally challenged.”

One of the most perplexing issues in missions is the matter of God’s call. Perhaps you’ve heard missionaries share about being called to a specific people or country. Do they have some kind of heavenly GPS? Is it really possible to receive such a clear directive from God? After all, isn’t every Christian called to be a missionary? Many people have pondered these questions over the years. The good news is that God’s Word provides answers for the “directionally challenged.”

God’s call must first be understood in its broader sense. For example, He calls all Christians to be saints (Rom. 1:7), peaceful (1 Cor. 7:15), and holy (1 Pet. 1:15). In addition, every follower of Christ is expected to be salt and light (Mt. 5:13–14; Phil. 2:15), a witness (Acts 1:8), and an ambassador for Christ (2 Cor. 5:20). There is no doubt God desires every believer to engage in reaching this lost world with the gospel. But should all Christians become missionaries and immediately start packing their bags? Not necessarily.

There is strong evidence God issues a missionary call to some individuals. Acts 13:1–4 reveals a defining moment in the lives of Barnabas and Paul when the Holy Spirit directed the church at Antioch to separate them “for the work to which I have called them” (v. 2). What was their calling and work? Acts 9:15–16 tells us the apostle Paul was previously designated as a “chosen vessel” who would take the gospel to the Gentiles, kings, and the children of Israel. He spent the rest of his life proclaiming this gospel where Christ was not known (Rom. 15:20). Sounds clear and simple, right? Not exactly.

Ask any missionary to share about God’s calling on his or her life and you will discover every story is unique. God’s call can come in a multitude of ways. It can become clear through prayer and reading His Word. It may follow a growing awareness of a specific ministry need. Or it may come through the input and encouragement of a friend or pastor. Regardless of how God calls you, when He calls, you cannot get away from it. As author M. David Sills wrote, a critical element of God’s call is “an indescribable yearning that motivates beyond all understanding.”1

Perhaps you’ve already sensed God calling you to be a missionary, but the next step seems hazy. Should you serve the Lord in Mozambique or Mumbai? In Maine or Manhattan? Although God can certainly give direction dramatically and clearly, He often walks you through a process that unfolds one step at a time. Nevertheless, His hand is clearly evident. Wrote Oswald Chambers: “The realization of the call of God may come as with a sudden thunderclap or by a gradual dawning, but in whatever way it comes, it comes with the undercurrent of the supernatural, almost the uncanny.”2

How do you begin to live out your calling? As a seasoned missionary, Paul made three amazing declarations in Romans 1:14–16. These form a great starting point for anyone called as a missionary.

Perspective. When Paul said “I am a debtor” in verse 14, he meant he knew who he was and where he had come from. The former persecutor and “chief of sinners” never got over what God had done in his own life. God’s grace and mercy were so real and powerful they changed Paul forever. As a result, he viewed himself as a steward of the gospel (1 Cor. 9:16–17).

Let me put it this way. Imagine you work in a medical lab and one day discover the cure for cancer. Whether you like it or not, from that moment on you are a steward; and you have a debt and obligation to share the good news with the entire world. In the same way, all Christians called to be missionaries must come to grips with their utter indebtedness. God has done so much for them and entrusted them with the greatest news of all time. Consequently, they are obligated to all men.

Posture. Paul not only modeled the proper perspective, he also demonstrated the right posture. In Romans 1:15 he declared, “I am ready.” Paul lived in a perpetual state of readiness and daily postured himself to seize every opportunity for ministry.

Have you ever considered the weight of Paul’s words? What exactly was he ready for?He was poised to head to Rome, a city steeped in paganism and idolatry. Imagine the concern of Paul’s friends.

John Paton was making final preparations in 1856 to serve as a missionary on a South Pacific Island. An older gentleman protested, “The cannibals! You will be eaten by cannibals!”

John Paton responded, “Mr. Dickson, you are advanced in years now, and your own prospect is: soon to be laid in the grave, there to be eaten by worms; and I confess to you, that if I can live and die serving and honoring the Lord Jesus, it will make no difference to me whether I am eaten by cannibals or by worms; and in the Great Day my resurrection body will arise as fair as yours in the likeness of our risen Redeemer.”3 John Paton was ready.

Called to be a missionary? Then starting today, get on the edge of your seat. Be ready to embrace the open doors and opportunities.

Passion. Paul also demonstrated the right passion: “I am not ashamed of the gospel of Christ” (v. 16). If ever there was a place where Paul could have been timid about preaching the gospel, it was certainly Rome. However, though the typical Roman viewed the gospel as foolishness, Paul knew it was the power of God. His unwavering passion was to proclaim the Good News about Jesus Christ wherever he went, at whatever the cost.

If God is calling you to missionary service, move forward. Get busy with what God puts in front of you today. Explore ways to become involved in what you believe God is calling you to do in the future. Though the specifics may seem a bit fuzzy now, begin by asking God to help you develop the right perspective, posture, and passion. As John Paton said, “Nothing so clears the vision, and lifts up the life, as a decision to move forward in what you know to be entirely the will of the Lord.”4 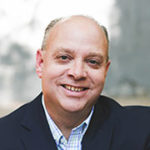 Don Lough Jr. is the Executive Director of Word of Life Fellowship.

Now That the Smoke Has Cleared

Nine years have passed since the tragedy of 9/11. Are we wiser and more diligent, or have we become what Lenin called “useful idiots”?

It may surprise you how much work goes into maintaining a fisherman’s net . . . regardless of what you’re fishing for.

The Story of Richard Wurmbrand

He endured imprisonment by the Nazis and torture by the Communists to become one of the 20th century’s most inspiring men of faith.

Is it really possible to receive a clear directive from God? If you’re wondering whether God is calling you to missions, this article may help.

A Missionary First, Last, and All the Time

How much impact can a person make for Christ if he dies at the young age of 26? An enormous one, as Bill Borden showed the world.