In 1857 Rev. John Henry Hopkins, Jr., popularized the wise men who brought their gifts to Jesus when he composed the well-known carol “We Three Kings of Orient Are” for a Christmas pageant at the General Theological Seminary in New York City.

Scripture says the wise men brought Jesus gold, frankincense, and myrrh (Mt. 2:11). These were expensive gifts, which many commentators say provided the funds Mary and Joseph needed to flee to Egypt with the Baby when Herod ordered all males two years old and under killed in an attempt to destroy the rightful heir to the Jewish throne.

Who were the wise men, and what was the significance of their gifts? The gold, frankincense, and myrrh probably mean more than most people realize.

These wise men, also called magi, were probably part scientists, astrologists, and naturalists who served in the royal court in the “East” (v. 1), which could mean Babylonia or Persia (the region of Iraq and Iran). Magi is a Latin word based on the Greek word magoi and is the root word for “magician.” Their probable interest in astrology could explain their interest in understanding the star that led them to Bethlehem.

The Bible never says how many wise men followed the star, but the Gospel of Matthew reveals the magi travelled a significant distance over a long period of time and arrived to visit Jesus and His parents in a house, rather than a stable (v. 11).

The presents they brought told a story all their own. Gold is a gift befitting a king. It is mentioned more than 400 times in the Bible, more than any other metal. During Israel’s golden age, when King Solomon sat on the throne, the Queen of Sheba brought him a gift of more than 7,000 pounds of gold (1 Ki. 10:10). Gold speaks of Jesus’ position as royalty. He is the King of kings (Rev. 17:14; 19:16).

Frankincense is incense derived from tree sap. Through a costly process, the sap is refined into a powder that smolders and releases a pleasant fragrance.

Mentioned in the Bible as early as the days of Moses, frankincense was included in early Hebrew sacrifices. It may speak of Jesus’ role as a sacrificial offering for sin: “Christ also has loved us and given Himself for us, an offering and a sacrifice to God for a sweet-smelling aroma” (Eph. 5:2).

Myrrh is embalming fluid. It was used in the ancient world to preserve the bodies of the dead (Gen. 37:25). Until needed for a deceased loved one, myrrh was used as a fragrance in the home or palace. The mummies of Egypt were smeared with myrrh. The gift may symbolize the fact that Jesus would taste death, and myrrh would be applied to His body in preparation for His burial (Jn. 19:39)—which never occurred because He arose from the grave.

Rev. Hopkins’ carol is a tribute to a Savior who was worshiped by the wise men, received gifts befitting a king, and who will be worshiped for all eternity: 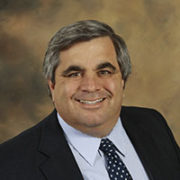 Who Weeps for the Children?

It was a rather strange occurrence. The church was filled to capacity night after night to listen to Dr. J. Sidlow Baxter, one of the last great pulpit orators to have settled in the United States from...

They are a minority. They always have been a minority. Moses, their first national leader, described them as “the least of all peoples” (Dt. 7:7); and that assessment remains true today...

If That Isn’t Love

It doesn’t take long for people to realize how much I love my little dog, Herbie. If I could, I’d take him with me everywhere. Herbie helped me understand how difficult it is for families to lose...

While We Were Still Sinners

I will never forget the day I visited the infamous Dandora Dump on the outskirts of Nairobi, Kenya. The stench overwhelmed me as I witnessed young children scouring smoking mountains of toxic...