JESUS CHRIST IS A SUPERIOR PRIEST

But there was one man who stood above all the others. He was the high priest. Only one high priest was appointed in a lifetime, and only once a year, on Yom Kippur (the Day of Atonement), could he enter the holy of holies with the blood of a slain lamb for the sins of the nation.

I. Jesus Christ is a Superior Priest Because of His Present Position

If the Old Testament high priest was held in high esteem, Jesus Christ is the High Priest who is to be held in much higher regard. He has a position far greater than that which has ever been held by any other man.

He is Passed into the Heavens

This could never be said of any Old Testament high priest. His was only an earthly ministry at best. True, he was the only one who could enter within the veil on the Day of Atonement. However, this was only after a prolonged and bloody sacrificial procedure for his sins, as well as those of his people. His stay inside was at best for only a fleeting moment. His feet never left terra firma. When he completed his short course, he came back among the people. He had only gone a few feet from them.

He is Present with God

Of Jesus Christ, it is said, “. . . We have such an high priest, who is seated on the right hand of the throne of the Majesty in the heavens, A minister of the sanctuary, and of the true tabernacle, which the Lord pitched, and not man” (Heb. 8:1-2).

Not only has Jesus passed into the heavens, but He is right now face to face with the Father, ministering on our behalf. Today there are no Jewish priests or high priests. If there were, they would have no place to minister. The Tabernacle and the Temple on earth were destroyed. For nearly two thousand years there has been no one from the Levitical system serving as high priest anywhere. In contrast, Jesus Christ has been ministering in the true Tabernacle made by God in the heavens all those years.

He Appears in the Presence of God for Us

Why is not this great High Priest here on earth ministering? That way we could see Him, we could touch Him, we could talk to Him. The reason is very simple. God is in Heaven. If His priestly ministry is to be beneficial to those who have trusted Him, He must “now . . . appear in the presence of God for us” (Heb. 9:24).

This is exactly what Jesus is doing. He is seated at God’s right hand, a position of honor and accessibility. He has completed His sacrificial work on earth and is now ever pleading the believer’s case before God. He is our ever-present Intercessor before Him. His present position is a perfect one.

II. Jesus Christ is a Superior High Priest Because He is a Perfect Person

At best, any high priest under the Levitical Law was a good man. Some were very beloved. Some were extremely faithful to their calling. But none even came close to being perfect. They had a sin nature and yielded to sin. They were mere men.

Of Jesus Christ it is said, “For such an high priest was fitting for us, who is holy, harmless, undefiled, separate from sinners” (Heb. 7:26a). “For we have not an high priest who cannot be touched with the feeling of our infirmities, but was in all points tempted like as we are, yet without sin” (Heb. 4:15).

Jesus, our High Priest, is the only perfect person to have ever lived. Though sorely tempted, He did not sin. Furthermore, He is the Son of God. “Thou art my Son” (Heb. 5:5). This is also declared in Hebrews 4:14: “Jesus, the Son of God.” Other passages throughout Hebrews as well as the entire Scriptures declare this truth.

What a great High Priest the believer has. He is sympathetic, having been tempted as we are. He is the perfect God-Man. He is far better suited to be our High Priest than anyone else. No one could ever do more on our behalf than God’s perfect Son.

III. Jesus Christ is a Superior Priest Because of the Order of His Priesthood

The inspired penman of Hebrews understood the Levitical system well. He knew that for anyone to become a priest, his pedigree had to be checked. His tribal ancestry was searched out. Only after this was meticulously scrutinized could he hold the position.

Aaron was God’s first appointed high priest of Israel. Note how carefully the tribal line is brought out in Exodus 2:1 : “And there went a man of the house of Levi, and took to wife a daughter of Levi.” This portion tells us of the birth of Moses. Aaron is his brother. The high priest had to come from Levi. Aaron and his descendants met this qualification.

Doesn’t this create a problem in Hebrews? The writer claims Jesus to be the great High Priest, but He is not of the tribe of Levi. His humanity is from the tribe of Judah. How can he then be God’s High Priest? The writer handles this problem so beautifully.

Two times in chapter five (vv. 6,10), and once in chapter six (v. 20), Jesus is declared to be a “high priest after the order of Melchizedek.” Then the writer begins a lengthy discourse about him in chapter seven. Apart from New Testament references, there are only two passages referring to Melchizedek in the Old Testament. There are three short verses in Genesis 14 (vv. 18-20) and a messianic reference in Psalm 110:4. This latter verse is quoted several times in the passage before us in Hebrews.

Abraham, the very father of the Jews, was met by Melchizedek after he returned from fighting a coalition of nations and freeing his nephew Lot. He is declared to be the King of Salem, or Jerusalem, as well as a priest of The Most High God. Abraham, recognizing this, gave tithes to him.

The writer uses this to show that since Abraham recognized Melchizedek as a high priest, and he was not of the tribe of Levi, nor was he even Jewish, there could be some other order of priests. After all, the Aaronic priesthood, like the Levitical Law, is declared to be only temporary.

IV. Jesus Christ is a Superior Priest Because of His Permanent Priesthood

Again, the Levitical priests served only for a short time. Their ministry lasted only from the ages of 25 to 50. Their work was completed, and they were retired. New priests would come upon the scene. It was an ever-changing situation.

The priesthood of Jesus Christ is far superior, lasting forever. “Thou art a priest forever . . .” (Heb. 5:6). This is a quotation of Psalm 110:4, which speaks of Christ “. . . made an high priest forever after the order of Melchizedek” (Heb. 6:20) — again the Scriptures refer to the permanence of the priesthood of Jesus. This is repeated in Hebrews seven (vv. 17, 21).

V. Jesus Christ is a Superior Priest Because of His Perfect Pardon

Not only will His priesthood be eternal, but He has provided a sacrifice once for all. It need never be repeated. Through faith in His finished work, our pardon is perfected forever.

The Old Testament high priests are said to have entered “into the holy place every year with blood of others” (Heb. 9:25). Their work was never done. Sacrifices had to be made over and over thousands of times. Work, work, work. Sacrifice, sacrifice, sacrifice. That was their lot! Theirs was a bloody service. Over and over they went through the same old ritual. Wretched monotony! How weary they must have been serving the Lord.

“And every priest standeth daily ministering and offering often the same sacrifices, which can never take away sins; But this man, after he had offered one sacrifice for sins forever, sat down on the right hand of God, From henceforth expecting till his enemies be made his footstool. For by one offering he hath perfected forever them that are sanctified” (Heb. 10:11-14).

Jesus Christ not only is our High Priest, He not only offered a sacrifice, but He became the sacrifice for us. He offered Himself once and for all. Through faith in His sacrifice we receive a perfect and eternal pardon.

To follow a system with a priesthood that is not operating today, or one that is inferior to the one portrayed above, is absolute foolishness. In Christ, any man can find the High Priest who is able to meet his every need. He is the perfect High Priest living in the presence of God eternally. God has accepted His once-for-all sacrifice, and Jesus is concerned about the daily welfare of every believer. In Christ we have the ultimate High Priest, far superior to any other. 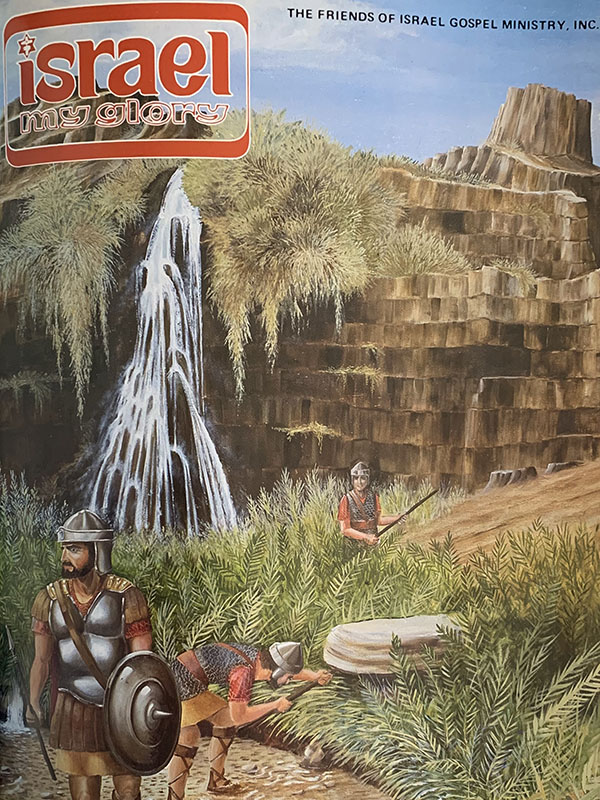