How to be a Godly Leader

So many churches and Christian organizations are facing crises in their leadership. Godly leadership is critical if Christians are to grow in Christ and glorify Him. Here are four principles of godly leadership from 1 Timothy chapter 1.

(1) Godly Leaders Protect the Flock From False Teachers. It’s becoming popular in American churches today to downplay sound doctrine. We appear to be moving toward a blended, flavorless Christianity that does not stand for much of anything. The problem, in part, stems from false teaching that tends to turn the insignificant into the main thing.

The apostle Paul told his young protégé Timothy to make sure no one teaches strange doctrine:

As I urged you when I went into Macedonia—remain in Ephesus that you may charge some that they teach no other doctrine, nor give heed to fables and endless genealogies, which cause disputes rather than godly edification which is in faith (1 Tim. 1:3–4).

The Greek word for “other” is heteros, which literally means “different.” Paul used the same word in Galatians 1:6 when he said, “I marvel that you are turning away so soon from Him who called you in the grace of Christ, to a different gospel.”

This warning implies that there is a core Christianity, and that is what we need to teach. False teachers will often come into a church, pick some obscure issue, blow it out of proportion, and violate a key principle of the gospel.

There is a tremendous need for pastors and church leaders to know the teachings of Scripture so they can recognize false teachers. Unbiblical ideas continually invade Christian circles. There are numerous examples of this: prosperity gospel, success gospel, and teachers claiming apostolic authority, to name a few. False teaching was present in Paul’s day and is still around today.

Without a solid biblical education, church leaders are unequipped to train their flocks; and people become susceptible to cults. Godly leaders must protect their flocks from false teachers by preaching the Word and teaching sound doctrine.

Many churches today are so interested in having a personal experience with God through music or some other medium that they shuffle God’s Word onto the shelf. Forty-five-minute, solid biblical expositions are being replaced by 45 minutes of music and 20-minute “practical” and “relevant” messages that tend to be topical and focused on the felt needs of the congregation. If we do not get systematic teaching from the Scriptures in church, where else will we get it?

(2) Godly Leaders Stay Focused on the Main Thing. What is the main thing? The goal of our instruction, Scripture says, is “love from a pure heart, from a good conscience, and from sincere faith” (1 Tim. 1:5).

That is the main thing and what we are to focus on. The goal is not to get people whipped up about whether they are somehow descendants of King David, for example, but to teach them love from a pure heart, a good conscience, and a sincere faith.

First, love comes from a pure heart. Purity of heart speaks of motive. God’s agape love is selfless. A godly leader genuinely loves others from the heart. So much of our so-called love is really a reflection of our own self-interest. We give love to others who have something to offer back to us in some way. That is why James reminds us that genuine believers love those—the orphans and widows—who cannot give back (Jas. 1:27).

Second, love comes from a good conscience. A wise man once said, “Who you really are is who you are in secret.” Hypocrisy often parades as religiosity. Love emanates from people who have been purified by Christ, who are authentic, and who have good consciences. They are not fakers who go to church, look holy, then go home and commit some secret sin.

Certainly, many legitimate believers have personal struggles. We are all sinners saved by grace. Some people struggle with anxiety; they cannot rest in the fact that God holds the future securely in His hands. Some struggle with pornography. Others have eating disorders or are alcoholics.

There is a freedom that comes with a clear conscience. If you are going to be a godly leader, you cannot be living with secret sin.

Third, love comes from a sincere faith. Faith is the center of all we do. The whole of the Christian life is lived by faith, in contrast to the speculations of false teachers. The Bible always presents faith not as a blind leap into the unknown, but as a response to the evidence. Jesus healed people and then asked them to believe in Him. He gave them something to hold onto. He rose from the dead and then basically said, “If you believe that I am the Son of God, put your trust in Me.”

He always backed up what He said with signs. False teachers ask you to believe in things that have no real foundation in Scripture.

(3) Godly Leaders Understand Their Own Sinfulness and Live in Deep Appreciation of God’s Grace. Paul wrote, “I was formerly a blasphemer, a persecutor, and an insolent man. This is a faithful saying and worthy of all acceptance, that Christ Jesus came into the world to save sinners, of whom I am chief” (1 Tim. 1:13, 15).

Are we ex-sinners? No, we are sinners. Paul said, “of whom I am chief.” Some church leaders have a tendency to think more highly of themselves than they ought. They see themselves as holier than their brethren. But Paul never forgot how much he was in debt to God’s grace. We all must understand our need of God’s grace. A deep appreciation of how merciful God has been to us will help us to be compassionate and patient with those who are struggling in their Christian walk.

This charge I commit to you, son Timothy, according to the prophecies previously made concerning you, that by them you may wage the good warfare [fight the good fight], having faith and a good conscience, which some having rejected, concerning the faith have suffered shipwreck, of whom are Hymenaeus and Alexander, whom I delivered to Satan that they may learn not to blaspheme (vv. 18–20).

We fight the good fight “according to the prophecies previously made.” Paul probably was referring to Timothy’s ordination service, when the elders laid hands on the young man and made prophetic statements about him. (See 1 Timothy 4:14.)

If you go into ministry, whether as a volunteer or in a paid position, you will be entering into spiritual warfare. The enemy will bring false teachers, discouragement, upset, and opposition. If you are weak, you will crash and suffer shipwreck like Hymenaeus and Alexander.

You must hang onto the truth of God’s calling. Paul told Timothy to remember when they laid hands on him and affirmed their belief that God had called him to serve. Follow your call; hang onto it because that is God’s word to you. Perhaps you teach Sunday school, and a parent castigates you. Or you serve in another way and are severely criticized. If criticizing you is all Satan has to do to get you to quit, then he has an easy job. Remember God’s word to you, and stand fast.

The ministry is a battle. It is not a nice, cozy job. It is a spiritual war. Godly leaders must be prepared, stay on point, and be ready to defend the faith against false teachers and opposition. 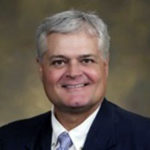 Common Sense Has Left the Building

When 5-year-olds are expelled from class for pointing, school bus drivers refuse to intercede while teenagers pummel and bully children, and the Pledge of Allegiance and patriotic assemblies...

Contend for the Faith! Jude 1—4

Have you ever wished you could return to the purity of the first-century Christian church, when there were no denominational differences and all believers were simply called...

Apostasy is nothing new. Although it may seem worse today than in previous years, it has been around almost forever; and it reaps God’s judgment. An apostate is one who departs from...

On the evening of January 13, 2012, the luxurious cruise ship Costa Concordia was sailing off the coast of the Tuscan Island of Giglio when, without warning, it struck mountainous...

Essentials for the Faithful Jude 16—25

The short epistle of Jude is a scathing denunciation of false teachers and their immoral doctrines. It portrays them as evil individuals who worm their way into churches even though...