How to Get to Heaven

The climax to the popular animated Christmas movie The Polar Express is the song “Believe” sung by Josh Groban, in which he repeats the phrase If you just believe. The movie, of course, focuses on believing in Santa Claus. But as we approach the Christmas season, we should be looking at belief that is centered on the real person behind Christmas: Jesus.

Who is Jesus? What does God say about faith? What should we believe? These are important questions. People believe in many gods and religions that won’t get them to heaven. The object of our belief is as important as the act of believing. Only by having faith in the one true God—the God who actually exists—can we be declared righteous and live forever in fellowship with Him.

Heartfelt Faith
The idea of belief as vital to being made righteous in God’s eyes is not new with the coming of Jesus to Earth. We often think there is a vast difference between people in the Old and New Testaments. Yet, when we look at the Scriptures, we find faith is a common thread throughout when it comes to getting right with God.

Early in Genesis, God promised to give Abraham a son and descendants as numerous as the stars in the heavens. Abraham “believed in the LORD, and He accounted it to him for righteousness” (Gen. 15:6). Later, Abraham demonstrated his faith, most notably through his willingness to offer his son Isaac as a sacrifice. But it wasn’t Abraham’s works that made him righteous; it was his faith.

Heartfelt belief in the God of Abraham, Isaac, and Jacob has always been God’s requirement for salvation. The Bible says, “Without faith it is impossible to please Him” (Heb. 11:6). The journey to heaven for young and old, rich and poor, Jew and Gentile begins with faith in the true and living God: “For he who comes to God must believe that He is, and that He is a rewarder of those who diligently seek Him” (v. 6).

God’s Requirement
The Bible also says, “For the life of the flesh is in the blood, and I have given it to you upon the altar to make atonement for your souls; for it is the blood that makes atonement for the soul” (Lev. 17:11).

Contrary to what many people believe, all the good deeds in the world cannot atone for sin. God requires blood sacrifice.

Who Is Jesus?
When Jesus arrived on the scene, the pagan Romans ruled most of the known world and worshiped a pantheon of false gods. Yet Jesus found that most of the people of Israel—God’s Chosen People, who were supposed to love the true and living God (Dt. 6:5)—showed merely outward signs of obedience to Him without repentance or faith that comes from the heart.

This was the same problem God saw in the days of the prophet Isaiah: “These people draw near with their mouths and honor Me with their lips, but have removed their hearts far from Me” (Isa. 29:13).

Jesus said, “You must be born again” (3:7). We are born into the world as sinners. We must be born again—“not of blood, nor of the will of the flesh, nor of the will of man, but of God”—to become His children (1:13). Jesus explained that everyone who wants eternal life must experience a spiritual rebirth by believing in Him, the Son of God: “For God so loved the world that He gave His only begotten Son, that whoever believes in Him should not perish but have everlasting life” (3:16).

Only through faith in Jesus and His atoning sacrifice can we get to heaven. “But isn’t there another way?” many ask. Not according to Jesus, who said, “He who believes in Him [the Son] is not condemned; but he who does not believe is condemned already, because he has not believed in the name of the only begotten Son of God” (v. 18).

We are born into a sinful human race, and we stand condemned because of our sin. Only through faith in Jesus can we go to heaven because only Jesus provided the sacrifice that can remove our sin.

At the end of Christ’s ministry on Earth, He spoke with His disciples about His imminent death and resurrection, assuring them their faith in God and in Him would provide them a place in heaven:

Let not your heart be troubled; you believe in God, believe also in Me. In My Father’s house are many mansions; if it were not so, I would have told you. I go to prepare a place for you. And if I go and prepare a place for you, I will come again and receive you to Myself; that where I am, there you may be also (14:1–3).

A Change of Heart
The apostle Paul persecuted Christians and was complicit in their murders before he saw the risen Christ on the Damascus road. When Paul believed the truth, he had a complete change of heart. In fact, he willingly suffered persecution for his faith in Jesus and was eventually martyred for it.

Paul and his missionary companion Silas were thrown in prison for preaching salvation through Christ. One night, God broke open the prison. Thinking everyone had fled and that he would be executed, the jailer was about to kill himself when he heard Paul call out that everyone was still there (Acts 16:26–28).

“Then he [the jailer] called for a light, ran in, and fell down trembling before Paul and Silas. And he brought them out and said, ‘Sirs, what must I do to be saved?’ So they said, ‘Believe on the Lord Jesus Christ, and you will be saved’” (vv. 29–31). That night Paul and Silas preached the Word to the jailer and his family, and they all placed their heartfelt faith in Jesus.

There is no other path to heaven. No one can remove our sin but God. God is holy, and His righteous wrath concerning sin must be satisfied. Punishment must be meted out. Yet instead of punishing us, God punished Jesus, the Second Person of the triune Godhead. He took the punishment we deserve. No one else loved us so much that he died for our sins and was raised in victory to eternal glory in heaven.

As the Christmas season approaches, many people speak about having the “Christmas spirit” and believing in Christmas. But we must believe in the God of Israel and in His Son, who died for us. Either we accept His sacrifice as payment for our sin, or we pay the price ourselves.

This Christmas season, why not ask God for His gift of everlasting life in Christ? All you have to do is agree with God that you’re a sinner and believe in your heart that Jesus took your punishment and arose from the dead. Pour your heart out to Him, and ask Him for His gift of life eternal. It will be the best gift you’ll ever receive. 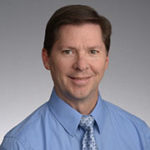 Dan Pearson is the director of Information Services for The Friends of Israel.

4 thoughts on “How to Get to Heaven”

Those of you who’ve read my book, The Search, know how much I loved and respected my late mother-in-law. Miss Thelma, as we called her...

A Jewish View of Christmas

“Where were you on Christmas?” The unexpected question from U.S. Sen. Lindsey Graham (R-SC) to Elena Kagan...

Yes, Zuzu, There Is a Heaven

Each December my family and I look forward to the beautiful decorations, wonderful Christmas carols, and the many...

Life After This Life

Few subjects pique our interest more than the afterlife. What happens to us when we die? Many people speculate they’ll have a more fulfilling existence beyond...

When you arrive in heaven, Saint Peter will greet you at the pearly gates with your eternal itinerary. You’ll receive your wings and a halo, take a seat on your white fluffy cloud...

When my twin brother, a minister of the gospel, was dying from cancer last year, we were all praying God would somehow push back the awful disease...