Israel’s Legal Right to Its Land

Based on international law, April 24, 1920, was when modern Israel was given the legal right to become a nation. As Bible-believing Christians, we all believe that, at the end of the day, it only matters what the Lord has promised in Scripture.

The Bible teaches God gave the Jewish people the land of Israel. This fact is repeated many times throughout the Bible. But what is the true history of the rise and development of modern Israel among the community of nations? And what is its standing based on international law?

The Balfour Declaration
The Balfour Declaration issued by Great Britain on November 2, 1917, expressed British foreign policy: “His Majesty’s Government view with favour the establishment in Palestine of a national home for the Jewish people, and will use their best endeavours to facilitate the achievement of this object.”1

Britain backed up its stated policy when General Edmund Allenby and the British military took control of Jerusalem on December 11, 1917, toward the end of World War I. This conquest set the stage for the postwar division of what had been the Ottoman Empire.

After the First World War, the British controlled the area because they had captured it militarily. Wrote British historian Jonathan Schneer, “The Paris Peace Conference in 1919 and the San Remo Conference in 1920 ratified her rule and extended it indefinitely within the mandate system established by the League of Nations.”2

The Balfour Declaration merely stated the official policy of the British government but did not have the status of international law. The Paris Peace Conference ended without a final solution concerning the status of Palestine, even though there was much discussion about it.

The San Remo Resolution
A meeting to deal specifically with the unfinished business of Palestine, which was to be seen as an extension of the Paris Peace Conference, convened on April 19, 1920, in San Remo, Italy. Present at the San Remo Conference were the four principal Allied Powers of World War I, represented by the prime ministers of Britain (David Lloyd George), France (Alexandre Millerand), and Italy (Francesco Nitti) and by Japan’s Ambassador K. Matsui. The San Remo Resolution adopted on April 25, 1920, incorporated the Balfour Declaration of 1917 issued by the British government.

The San Remo Resolution and Article 22 of the Covenant of the League of Nations, adopted at the Paris Peace Conference, were the basic documents upon which the British Mandate for the stewardship of Palestine was constructed. It was at San Remo that the Balfour Declaration went from being merely a statement of British foreign policy to international law.3

The British Mandate was fully implemented upon approval by the Council of the League of Nations in 1922. However, when the parties had left San Remo, the future State of Israel was to be made up of what now constitutes the Kingdom of Jordan, as well as all the land west of the Jordan River. At San Remo, Israel was given the legal right, based on international law, to become a sovereign nation under the oversight of Great Britain.

The San Remo Resolution was later approved by the entire 52-member League of Nations in 1922, further entrenching it as international law. In addition, a third instrument legally entrenched Palestine as a Jewish state at the 1924 Anglo-American Convention on Palestine. Howard Grief noted, “The U.S. thereby expressly recognized in a treaty the right of the Jewish People, in conjunction with the obligation of the British Government, to reconstitute their national home in all of Mandated Palestine and the Land of Israel.”4

The Mandate
On July 1, 1920, the British military administration that had controlled Palestine since December 1917 was replaced by a British civil administration covering all of Palestine on both sides of the Jordan River, with its headquarters in Jerusalem.

A similar arrangement was made for Britain to oversee Mesopotamia (Iraq) and Transjordan (Jordan); France was chosen as the Mandatory authority for Syria.5

Britain granted independence to Iraq in 1932 and to Transjordan in 1946; France gave independence to Syria in 1936. But Israel never received a grant of independence from Britain, even though this was the specific goal of British oversight.

Why Britain Failed
Great Britain failed to fulfill its obligations under the Mandate to shepherd the Jewish people into a Jewish state. The complicated and difficult 30-year period should have resulted in a peaceful recognition of what was legally established on April 24, 1920. But it did not.

First, the Treaty of Sèvres (1920) was the legal document that originally governed the carving up of the remains of the Ottoman Empire. Sèvres recognized Palestine was for the Jewish people, but it was superseded by the Treaty of Lausanne (1923) after Kemal Ataturk of Turkey overthrew the last Ottoman sultan and did not recognize San Remo. Thus the Treaty of Lausanne confused many as to whom really was given certain territories.6

Second, Arab opposition to Jewish immigration to Palestine began in April 1920 and continued for much of the next two decades, creating an obstacle to Israeli autonomy. The leader of these pogroms against the Jewish people was Haj Amin al-Husseini (1893–1974) who became the grand mufti of Jerusalem and the father of modern Arab terrorism.

The attacks of Arabs against Jews in Palestine occurred periodically until April 1937 when near civil-war conditions broke out for about a year and a half, prompting the British to do something about it. British authorities attempted to arrest al-Husseini, but he escaped the country.

Even while exiled in Beirut, al-Husseini was able to direct many terrorist operations in Palestine for another year and a half, ending in 1939. Al-Husseini’s Arab revolt, wrote American journalist Chuck Morse, “would result in the deaths of 2,652 Jews, 618 British and 6,953 Arabs.”7 The British became weary of the conflict and developed the view that fulfilling their mandate of forming an autonomous Jewish state was impossible.

Third, in addition to the difficulties of managing the Mandate in Palestine for Great Britain after the Lloyd George government passed from the scene in October 1922, the new governments that followed were increasingly less supportive of the Jews. Britain had made promises to the Arabs that sometimes conflicted with their mandate responsibilities, and too often they did not provide protection for the Jewish inhabitants in Palestine.

Over time Britain changed the San Remo Resolution and their Mandate over Palestine with the issuance of The White Paper of 1939, which recommended partitioning Palestine into Jewish and Arab sectors. However, The White Paper did not change the constraints of international law since it was merely a statement of British policy. The British shift of policy had the effect of causing the international community and even Israel herself to forget her legal rights as the great storm cloud of World War II loomed on the horizon.

Conclusion
In the last decade, such legal scholars as Israeli Howard Grief and Canadian lawyer Jacques Paul Gauthier have demonstrated beyond a shadow of a doubt that the modern State of Israel possesses the legal right to its land based on clear international law. “The establishment of a Jewish homeland meant eventual statehood and hence the transfer to the Jewish people of sovereignty to all parts of the homeland including Judea, Samaria and Gaza,”concluded Grief.8

“After our examination of the principles of international law pertaining to belligerent occupation,” declared Gauthier, “we have concluded that Israel has the right to occupy the territories under its control since 1967, including East Jerusalem and its Old City, until a peace treaty is concluded.”9

In Israel during July 2012, a panel of judges headed by former Israeli Supreme Court Justice Edmond Levy issued a report. The Levy Report “did not present anything new in saying Judea and Samaria are not occupied territory according to international law.”10

The report recognized that Israel’s right to its land was founded on the San Remo Resolution. Current Israeli Prime Minister Benjamin Netanyahu commissioned the panel “to investigate the international legal status of these towns and villages and to provide the government with guidance relating to future construction of Israeli communities beyond the armistice lines.” 11

It is exciting to see in the last year or two, in the Israeli discourse about the legality of the Jewish state, a growing awareness of its status beginning in 1920. Wrote Israeli-American journalist Caroline Glick,

The international legal basis for the establishment of the Jewish state in 1948 was the 1922 League of Nations Mandate for Palestine. That document gave the Jewish people the legal right to sovereignty over Judea, Samaria and Jerusalem, as well as all the land Israel took control over during the 1948–49 War of Independence. Not only did the Mandate give the Jewish people the legal right to the areas, it enjoined the British Mandatory authorities to “facilitate…close settlement by Jews on the land, including state lands and waste lands not required for public purposes.”12

Israel has the legal right to its land based on international law. It also has the divine right on the basis of God’s promise to Abraham, Isaac, Jacob, and their descendants. Future history will bear this fact out, but not without great pain and suffering in the process. Maranatha! 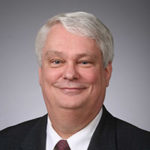 1 thought on “Israel’s Legal Right to Its Land”

Will Someone Say, ‘Holy War’?

It was strange indeed to see the black flag of Islamic Jihad flying over the White House in Washington, DC. Yet that was the image on the programs handed out at...

Since the birth of modern Israel in 1948, a new form of anti-Semitism has emerged. Rather than attacking the Jewish people directly, it claims to oppose only Zionism...

Getting to Know the World Council of Churches

The World Council of Churches (WCC) describes itself as “the broadest and most inclusive among the many organized expressions of the modern ecumenical movement.”

Molding the Next Generation of Anti-Semites

Incoming freshman Ariel Kaplan and his parents had no idea what they were walking into when they arrived on the campus of the University of California (UC), Berkeley....

Israel’s Legal Right to Its Land

Based on international law, April 24, 1920, was when modern Israel was given the legal right to become a nation. As Bible-believing Christians, we all believe that...

Thomas Ice
Share Your Story. Has God used The Friends of Israel Gospel Ministry in your life? Share your story with us!