JEHOVAH: I Am That I Am

Jehovah is the second of the three primary names for God. It is the most prevalent name for God in the Bible, occurring more than seven thousand times. And as with all of God’s names, it reveals something of the divine character, setting Him apart from and infinitely higher than all other beings. As the name Elohim — “the strong, faithful One” — can be identified in the Authorized or King James Version because it is written capital “G” and lower case “od,” or God, so Jehovah can be recognized because it is written in all capital letters, either “LORD” or “GOD.”

How comforting, therefore, the third characteristic of this name for God. The LORD (Jehovah) is holy, He hates sin, but He loves the sinner. And with divine wisdom and infinite grace He provided a way through which sinful man can be saved without compromising His holiness and justice. It is strikingly significant that although the name Jehovah is extensively used in the second chapter of Genesis, it is absent when chronicling the temptation of Adam and Eve in the third chapter. The serpent is sly, subtle, crafty — he knows that the name LORD (Jehovah) speaks of God’s holiness. So when he tempts Eve to be unholy, he omits the name Jehovah: “. . . And he said unto the woman, Yea, hath God [Elohim] said . . .” (Gen. 3:1).

JEHOVAH: WHAT DOES THE NAME MEAN?

As a matter of fact, each of the ten plagues was probably directed against an Egyptian god, including the pharaoh. Since he was viewed as a deity, his firstborn son would die.

Moses wanted to know what to tell the enslaved Israelites when they inquired of him the name of the God of their forefathers who had sent him to deliver them.

“And God said unto Moses, I AM THAT I AM: and he said, Thus shalt thou say unto the children of Israel, I AM hath sent me unto you” (Ex. 3:14). At first glance this appears to be a strange name. A second look is necessary. “I AM THAT I AM” comes from the same root word from which the name Jehovah is derived. In this text it is the first person singular of the verb “Havah” meaning to be or being, and is closely related to the word “Chavah” meaning live. “I AM THAT I AM” signifies that He is self-existent, the only uncaused cause, the source of all reality. Commenting on this name for God, Spinoza wrote, “Moses conceived the deity as a being who has always existed, does exist, and always will exist, and he therefore called Him Jehovah, which in Hebrew signifies these three phases.” 1  Another learned Jewish scholar has written that, “an English word expressing at once ‘He was, He is, and He will be,’ would be an equivalent for Jehovah, but it would have to convey the meaning . . . also of causation. There is no such word in any language except the Hebrew, so far as I know.”  2

For Moses to be able to tell the children of Israel, enslaved in Egypt, surrounded by a myriad of deities fashioned by man’s hands, that the God of their forefathers is Jehovah, the great “I AM,” the self-existent God, the only uncaused cause, the fountainhead of all life, the One who becomes all that His children need — must have been a startling revelation of amazing significance.

One day in the midst of a dialogue with a group of Jewish leaders, Jesus made an astounding statement. He declared, “Verily, verily, I say unto you, If a man keep my saying, he shall never see death” (Jn. 8:51).

The Jews were stunned. They accused Him of having a demon. After all, Abraham was dead and the ancient prophets were dead. How could He teach that if a man kept His sayings, he would never die (Jn. 8:52)? They pressed for an answer, “Art thou greater than our father, Abraham, who is dead? And the prophets are dead. Whom makest thou thyself?” (Jn. 8:53). The inference was clear. Abraham had been dead for almost two thousand years, the great prophets of Israel had been dead for centuries — would Jesus dare to suggest that He was greater than they? The tension was mounting. It could be felt in the air. Jesus responded, “Your father Abraham, rejoiced to see my day; and he saw it, and was glad” (Jn. 8:56). The Jewish leaders had Jesus now — He was trapped — they were sure of it — they went on the offense. “. . . Thou art not yet fifty years old, and hast thou seen Abraham?” (Jn. 8:57). At last the response came, “Jesus said unto them, Verily, verily, I say unto you, Before Abraham was, I am” (Jn. 8:58). There could be no mistake. Jesus was identifying Himself with the Jehovah of the Old Testament, the great “I AM,” the self-existent God, the only uncaused cause, the source of all life, the One who had always been and would always be. The Jewish leadership understood exactly who He was claiming to be. In their thinking this was blasphemy and worthy of death. “Then took they up stones to cast at him; but Jesus hid himself, and went out of the temple, going through the midst of them, and so passed by” (Jn. 8:59).

Jesus had said, “. . . If a man keep my saying, he shall never see death.” He was not talking about physical death but spiritual death. He was Jehovah — the source of all life. He was holy – He hated sin, He would judge it. But He loved the sinner — He could provide redemption. He who was the source of all life would die for man’s sin, so that if a man keeps His saying, he shall never see death.

HALLELUJAH, WHAT A SAVIOR! 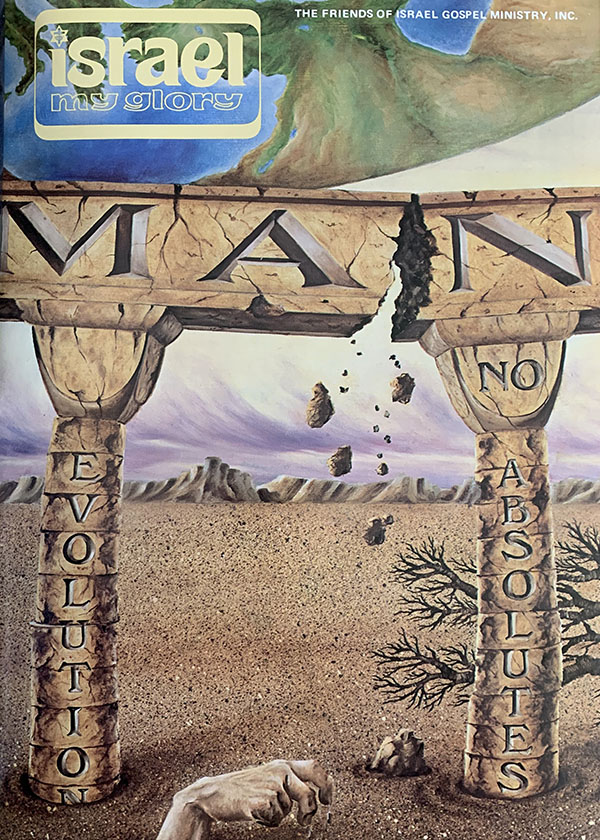