Jesus Christ and the Future Kingdom of God Part Nine

The previous article noted three distinctions between the gospel of the Kingdom that John the Baptist, Jesus Christ, and the apostles preached and the gospel that Paul defined in 1 Corinthians 15. These distinctions were in content, commission, and preparation for ministry:

The Reasons For These Distinctions
Content. Why did John the Baptist and Christ preach a gospel that declared “the kingdom of God is at hand” but said nothing about Christ’s death, burial, and resurrection? Why did Christ send His apostles to preach that distinct gospel? There are four likely reasons.

First, the primary purpose of Christ’s miracles was to demonstrate that He was the promised Messiah who could establish the theocratic Kingdom and its prophesied transformation of nature. Those miracles supported the gospel-of-the-Kingdom message that the theocratic Kingdom was near in the sense of its potential for establishment. It was near because the Messiah, Jesus, who possessed the power necessary to establish that Kingdom, was present.

Second, John the Baptist (Mt. 3:1–2), Jesus Christ (Mt. 4:17; Mk. 1:15), and the apostles (Mt. 10:1–3, 7) all implied that the hearers of that gospel must fulfill two requirements for the theocratic Kingdom to be established. First, they must believe the gospel’s declaration that the theocratic Kingdom was near, in the sense of its potential for establishment (Mk. 1:14–15). This faith would involve belief that Jesus was the Messiah who had the power necessary to establish the Kingdom. Second, they must repent (Mt. 3:2; 4:17, 23).

Third, through His triumphal entry into Jerusalem on a donkey’s colt, Jesus officially presented Himself to Israel as its Messiah Prince—the one who, as King, would administer God’s rule over all the earth in the theocratic Kingdom (Lk. 19:29–40). He thereby fulfilled Zechariah 9:9, which foretold that this was how Jerusalem’s King would come (Mt. 21:4–5).

Fourth, on the day of His triumphal entry, Jesus wept over the city and said, “If thou hadst known, even thou, at least in this thy day, the things which belong unto thy peace! But now they are hidden from thine eyes” (Lk. 19:42). Then He warned Jerusalem that the city and its inhabitants would later be destroyed by an enemy “because thou knewest not the time of thy visitation” (Lk. 19:44).

Christ’s weeping and His statements indicated the incredible significance that specific day would hold for Jerusalem and its inhabitants. The word translated “time” in the expression the time of thy visitation connotes the basic sense of a “fateful and decisive point” in time.1 It implies that the point in time was “ordained by God” and that, if people missed its significance and did not act accordingly, there could be “no second chance.”2 The word translated “known” and “knewest” in Christ’s statements refer to “acknowledgment, and obedient or grateful submission to what is known.”3

In light of these meanings, Christ no doubt was saying that the day of His triumphal entry into Jerusalem was a fateful and decisive point in time ordained by God for the capital of the nation and its inhabitants. It was a specific point in time that would determine their fate. For more than three years, the gospel of the Kingdom had been preached to the nation, and many miracles had substantiated the truthfulness of that message. Now, on the day of His triumphal entry, Christ officially presented Himself to the nation as its Messiah Prince in the exact manner that Israel’s Scriptures had indicated the Messiah could be identified (Zech. 9:9). In addition, Jesus did so on the exact day that Scripture foretold the Messiah would present Himself (Dan. 9:24–25).

In light of this knowledge, the time had come for the nation, through its governing rulers in the capital city, to make a fateful, decisive decision. Would it acknowledge the truth that the future theocratic Kingdom was near in the sense of its potential for establishment and that Jesus was the Messiah who had the power necessary to establish the Kingdom? Would it render obedience or grateful submission to that acknowledged truth by repenting?

Together, these four factors constitute the reason for preaching that the gospel of the Kingdom “is at hand.” It was Christ’s way of offering the future theocratic Kingdom to Israel and telling the nation the requirements for its establishment at that time.

God had determined that the theocratic Kingdom not be established until Israel acknowledges the true Messiah and repents.

Commission. When Christ sent the apostles to preach the gospel of the Kingdom, why did He give them a restricted commission? Why were they to preach the gospel of the Kingdom exclusively to the people of Israel, not to the Samaritans or Gentiles? The reason was that God had determined that the theocratic Kingdom not be established until Israel acknowledges the true Messiah and repents (Zech. 12—14; Acts 3:12–21).

But why must Israel do so before the establishment of the theocratic Kingdom, but not the Samaritans and Gentiles? The Old Testament reveals the reason. When God established a unique covenant relationship with Israel at Sinai, He signified His ordained purpose for that nation: “ye shall be unto me a kingdom of priests, and an holy nation” (Ex. 19:6). In ancient times, Israel’s priests were to be spiritual leaders, helping the people maintain a right relationship with God. Thus God had designated the nation of Israel, not the Samaritans or Gentiles, to be the spiritual leader of the world, helping all other peoples maintain right relationships with God.

Tragically, because of its own spiritual failure, Israel has not yet fulfilled that purpose. But other Old Testament passages foretell that it will fulfill that purpose in the future theocratic Kingdom. For example, Isaiah 61:6 declares that in the future, the people of Israel “shall be named the Priests of the LORD; men shall call you the Ministers of our God.” Zechariah 8:22–23 states,

Yea, many peoples and strong nations shall come to seek the LORD of hosts in Jerusalem, and to pray before the LORD. Thus saith the LORD of hosts: In those days it shall come to pass that ten men shall take hold out of all languages of the nations, even shall take hold of the skirt of him that is a Jew, saying, We will go with you; for we have heard that God is with you.

God had designated the nation of Israel, not the Samaritans or Gentiles, to be the spiritual leader of the world.

In addition, Isaiah 2:1–3 and Micah 4:1–2 indicate that “in the last days” Jerusalem will become the spiritual center of the world. Many nations will come there to be taught God’s ways, “for the law shall go forth from Zion, and the word of the LORD from Jerusalem” (Mic. 4:2).

For Israel to be the spiritual leader of the world in the future theocratic Kingdom, Israel itself must come into right relationship with God. That is why God will not establish the theocratic Kingdom until Israel acknowledges the true Messiah and repents. And that is the reason Christ commissioned the apostles to preach the gospel of the Kingdom only to Israel.

Preparation for Ministry. When Christ sent the apostles to preach the gospel of the Kingdom, why did He forbid them to take extra provisions for their itinerant ministry? Why did He command them to do what was contrary to the practice of those whose work required them to travel from place to place over long periods of time? In Matthew 10:10, Christ told them why: “for the workman is worthy of his food.” His point was that He was sending them out as representatives of Himself and His Kingdom message. Thus their daily food would be provided in a manner fitting His claim to be the Messiah and His message that the theocratic Kingdom of God was at hand.

The Old Testament prophets foretold that when the Messiah will establish and rule over the future theocratic Kingdom, He will bless the earth with a superabundance of food. The daily provision of the apostles’ food, contrary to the normal practice of storing extra provisions, would support the truthfulness of Jesus’ Messianic claim and His gospel of the Kingdom.

Thus these three distinctions show that, through the preaching of the gospel of the Kingdom and the supporting miracles, Christ offered the future theocratic Kingdom to the nation of Israel. The next article will examine Israel’s response to that offer.

Turning Back the Clock

For thirty years, Israeli farmers in north- ern Israel have lived in relative safety. Now those days may have ended.

Confused by the many views on the Rapture? This illuminating article will help you understand what the Scriptures teach about this exciting event.

Is the idea that the Lord can return at any moment just wishful thinking? Read this article and learn what the Bible has to say about imminency.

Caught Up With Christ

Gone in an instant! How can that be? But it can be, and it has happened before.

Aftermath of the Rapture

When the Lord returns to take His church, the world will become a very different—and frightening—place to live. 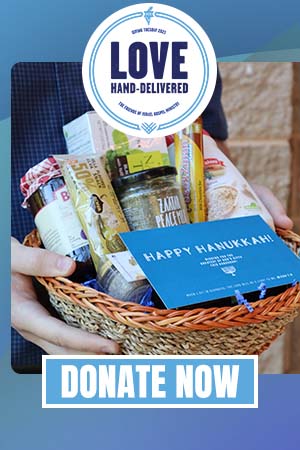