There are some people in this world who will never be reached for the Lord through a verbal witness only. These people want to see action. They want us to put hands and feet to our words. In my neighborhood there are many people who know me well, among them several elderly people who need repairs done around their homes from time to time – an appliance or piece of furniture that needs fixing, a broken pipe or water boiler, and so it goes. When such problems arise, these people know where I live because they also know that if I am able to help them, I will do so gladly and will never  accept any payment  for making these repairs.

Such was the case with a very elderly woman who came to my door one recent evening. I had never seen her before, but she apparently knew of me. She was alone and asked if I would do a kindness for her. She went on to say that she had a big problem at home – a pipe was leaking, water was pouring from it, and she couldn’t stop it. “Will you please come with me and see if you can stop this leak,” she pleaded. Although it was very late, I gathered together some tools and accompanied her to her apartment. When she opened the door, we were met by a flood! I did everything I possibly could, but for a while I was afraid I would not be able to correct the problem. After an hour or so, however, I was able to make the necessary repair, and the flood was stopped.

When I finished she was so happy she was literally weeping for joy. “How much do I owe you?” she asked. “I know that no one else would have come out this late at night to help me, and I am ready to pay whatever you ask.” I told her, “As the Lord has helped me, so I am glad to help others in times of need. You owe me nothing. I only ask that you thank the Lord for His goodness. It is because of His love that I came here to help with your problem. Such a deed is part of my duty to the Lord for the love which He has shown to me.”

I learned that my new friend had come to Israel from Russia, and while she lived in Russia she never went to a synagogue because most of her family were members of the communist party. Therefore, what I had just said seemed to her almost like a figment of her imag­ination. She had never heard anything like it. We continued to talk, and neither of us was con­cerned about the lateness of the hour. From time to time in our conversation I was able to interject some truths about the Lord, our Savior, and she finally asked, with a look of surprise on her face, “Are you a Jew?” “Yes,” I replied, “and it is because I am a real Jew that you see me here right now. The Lord said, ‘Thou shalt love thy neighbor as thyself’ [Mt. 22:39], and I take that command literally. I do not just read His Word, but I seek to do what He has commanded in that Word through my deeds, as He gives me the ability to do so. As we often say here in Israel, ‘Your own deeds will bring you near and, likewise, remove you far.’ ”

By now this dear lady had become very interested in our conversation, and she wanted to know in whom I believed. I asked, “How many gods do we have?” to which she replied, “There are many.” I asked again, “In which god do you believe?” and she answered, “I believe in the Jewish God.” I then told her, “If you believe in the Jewish God, that must mean that every nation has its own god. As for me, I believe in the God of Abraham, Isaac and Jacob, and He is the only God worthy of our worship.” She then said, “If we worship Him according to His will, we will have no time left for ourselves, not even one hour in a day.” “Why do you say that?” I asked, and she replied, “I watch the orthodox people. They are always in the synagogues, and they have no time at all for themselves or their families.” I explained to her, “Most of them are not worshiping God according to His will. They are merely following the traditions which have been passed down through the generations. It is written, ‘love is the fulfilling of the law’ [Rom. 13:10]. If you want to know how those orthodox people fulfill the law, go to one of their synagogues and say, ‘I need your help!’ They will ask, ‘Who are you? Are you one of us?’ If you do not answer to their satisfaction, you can forget about receiving their help. And that is the difference between the orthodox Jews, who think they are so close to God, and Jews like myself who believe in the Lord as our Savior. If someone needs help, we never ask, ‘Who are you?’ Instead, we immediately do what we can to correct the problem, and we never expect any thanks. We do what we can for our fellowmen because of the love which God has shown to us by giving His Son as our Savior.”

I then related to her a story about an elderly gentleman in our neighborhood who found himself in the same situation she had been in earlier that evening. He had a serious water leak in his home and needed help, but no one was willing to come to his aid. Why? Because he hated everyone, especially those who believe in the Lord Jesus Christ, and consequently most people hated him. Not even his closest neighbor, who was a plumber by trade, would come to his assistance, because he knew this man was very poor and could not pay for his services . Eventually he came to me, and of course I responded to his need and repaired the leak. Even though that occurred a long time ago, he still re­members that deed. He knows me, and he knows in whom I believe. The foundation of real faith in the Lord is to first show love, not ask “Who are you? Where are you from? What do you believe?” All of these things will follow, but we must first help in times of personal trouble.

I then gave this lady a thorough explanation of my faith in the Lord. I praise God that I was able to plant a seed that night, and I saw fruit the very next day as I heard her telling some friends what I had done for her – and why! I pray that the Lord will show her the truth and bring her to Himself very soon. 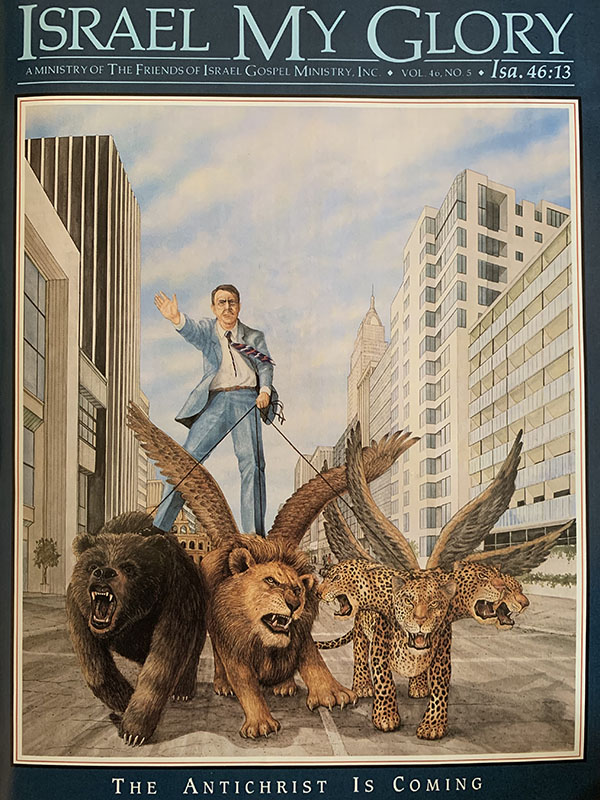