On December 1, 2016, outgoing President Barack Obama signed his last presidential waiver prohibiting the relocation of the Embassy of the United States of America from Tel Aviv to Israel’s capital, Jerusalem.

Israel is the only country in the world where the U.S. Embassy is not situated in the capital, close to the center of governmental affairs. In fact, virtually all embassies are situated outside Jerusalem as a bold political statement that the countries they represent refuse to recognize Jerusalem as the capital of the Jewish state. Well, it’s time for a change.

I was there when Donald Trump promised more than 15,000 people at an American Israel Public Affairs Committee (AIPAC) policy conference in Washington, DC, last year that if elected president, he would take the executive action necessary to relocate the embassy to Jerusalem. He even insisted the move would be high on his priority list.

The current embassy complex in Tel Aviv opened in 1966. In 1995 U.S. Sen. Bob Dole (R-KS) swam against the tide of international public opinion by sponsoring the Jerusalem Embassy Act that both initiated and provided funds for moving the embassy to Jerusalem. The bill was well received by Democrats and Republicans alike and overwhelmingly passed through the House of Representatives and the Senate without opposition. Congress understood that relocating America’s diplomatic headquarters in Israel would signal the world that the United States acknowledged Jerusalem as Israel’s capital.

It is surely no coincidence that congressional approval of the Jerusalem Embassy Act fell on the eve of the Israeli government officially declaring 1996 the “Trimillennium of Jerusalem, the City of David,” celebrating 3,000 years since King David established Jerusalem as Israel’s capital. Congress acknowledged Jerusalem as Israel’s ancient capital and recognized the biblical and historical connection Jewish people have with their eternal, undivided city.

With the Jerusalem Embassy Act, the clock started ticking. The Act required the embassy to be moved by 1999. Today, 18 years later, the embassy still sits on HaYarkon Street in Tel Aviv. So what happened?

Believe it or not, the delay is not the fault of Congress. The blame falls squarely on the Executive branch.

Under the U.S. Constitution, the president has the authority to recognize foreign sovereignty over territory. Therefore, every six months for the past 18 years, both Democratic and Republican presidents have stood on the wrong side of history by endorsing a postponement waiver, pushing off enacting the Jerusalem Embassy Act by citing potential national security concerns.

It’s time for a change and for President Trump to fulfill the promise he made to the Jewish community. In 1948, almost the entire U.S. State Department advised President Harry Truman against recognizing the new State of Israel. But Truman disagreed. And he demonstrated leadership and courage by bestowing American recognition on the Jewish state 11 minutes after it declared statehood. We need such courage today in the White House.

Since the administration of Bill Clinton, presidents have dangled the elusive embassy-relocation carrot over the heads of Israelis as a bargaining chip for making peace with the Palestinians. That tactic has not worked. The Arabs have not embraced peace, even when Israel offered to give them eastern Jerusalem as the capital of a future Palestinian state. So far, peace remains an unattainable dream.

So President Trump, when the waiver comes across your desk, try something new for a change: Push it aside; and, once and for all, move the Embassy of the United States of America in Israel to its rightful place. 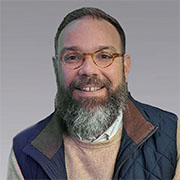 My husband is a huge Bing Crosby fan. I think he has every song Bing ever sang, including multiple versions of “White Christmas.” He’s also seen a few Road to films, strictly because they star Bing. One is called...

“Next year in Jerusalem!” As they have since the Jewish people were scattered around the world in AD 70, these words will ring out on the evening of April 10 at the close of Passover seders everywhere. Yet, if the United Nations...

Famous 20th-century preacher and theologian Harry Ironside long ago noted that the book of Isaiah evokes glad anticipation in the hearts of believers who cherish “the coming day when Immanuel, of whom this prophet speaks, will take...

Good news comes in all shapes and sizes, and when it arrives—particularly in the midst of trying times—it is usually like the soothing balm of Gilead. The words of Isaiah 61 may have affected the Israelites of the prophet Isaiah’s day...

For centuries the Jewish people have waited for their Messiah to come and set up His Kingdom in Israel. At that time, Israel will receive the Land God promised them in perpetuity. That is when redeemed Israel will experience the fulfillment of...

In an age when Jesus is marginalized and the Bible grows more despised each day, it’s remarkable that anyone would know the Lord’s Prayer. But know it they do. It’s recited frequently at funerals—even at