Problems in the Church Today

Introduction
DISCIPLINE! No one likes to be disciplined. Yet the right amount of discipline administered in the proper way is necessary for our lives. It causes us to mature and keeps us from going astray. The Bible does not hedge when it speaks of correction.

Churches today struggle with the matter of discipline. Often when a member is disciplined, he leaves the church and goes to a sister church where he may even be welcomed with open arms. This only fuels the fire of the problem. Very few churches accept the biblical position on this issue. Just as many churches today have a problem with discipline, Paul related that the church at Corinth also had a disciplinary problem.

Incest in the Church
Involvement (5:1)
Paul began to detail this horrendous problem in chapter 4: “Now some are puffed up, as though I would not come to you. But I will come to you shortly, if the Lord will, and will know, not the speech of them who are puffed up, but the power” (4:18–19). He continued the dialogue in chapter 5: “And ye are puffed up, and have not rather mourned” (5:2a). Paul carried the matter of pride in the church from one chapter to the next, from one major problem to the next, although the sins involved were far different. The root of many problems facing the church then, as well as today, was pride.

Paul then described a sin of such magnitude that it was unparalleled even among the heathen—the sin of incest. A man from the church was engaged in physical relations with his father’s wife. The woman was probably his stepmother and may have been much younger than his father. Paul strongly reprimanded this man for his gross sin and vented his wrath on the church for allowing such misconduct to continue.

In the heathenistic, hedonistic society from which the Corinthians had been delivered, fornication was often excused and sometimes approved by the unsaved. But even they had their limitations. This sinful life-style was considered by the Greeks and Romans to be an abomination, and they stamped it with infamy.

Jewish law clearly forbade incest “A man shall not take his father’s wife” (Dt. 22:30a). In Leviticus 18:7 and following, the same prohibition is given. This act was considered worse than mere sin. It was an abomination.

Now this terrible act had been committed in the church at Corinth, and nothing was being done about it. Lest we look harshly at the church at Corinth, we must constantly examine what may well be happening in some of our churches today. We live in a sex-crazed society, and it is easy to allow such a mentality to creep into our homes and churches. And many times nothing is done about it.

We often hear of fornication, and that is sad; but dear friend, are you aware that perversion is sometimes present as well? Certainly this writer would never condone fornication, but it seems even more offensive when wicked abominations creep in. In the last two months I have learned of four cases of what God would call abomination. Praise the Lord, all four situations have been properly dealt with by the local churches where the people involved attend.

Indifference (5:2)
This major problem within the church at Corinth was destroying the church’s testimony. Yet they were doing absolutely nothing about it. As stated earlier, they were proud, puffed up. They were so warped by division, with different members claiming to follow Cephas, Apollos, or Paul, that they were indifferent to this dreadful situation. Nothing could cover this hideous stain in the church body, yet they were not even grieving that this individual was still part of their assembly. The man involved should have been removed from the church, and whatever fellowship existed with him should have been broken, but the church leadership took no such action.

Almost 2,000 years later, we are sometimes like the Corinthian church. Known sin is overlooked, perhaps because it could embarrass the community or might offend people and cause them to stop attending the services. Sadly, we often place friendships or family ties above obedience to the Word of God.

Instruction (5:3–13)
In verses 3 to 5, Paul outlined the responsibility of the church to man. While some may have felt Paul’s absence from Corinth disqualified him from making a judgment in this matter, Paul made it clear that such was not the case. As founder of this local assembly, he declared that he was present in spirit. As an apostle, he had extraordinary insight into the problem, even though he was a great distance away.

Paul had already passed sentence on the church member involved. He told the Corinthians that the next time the church met, they were “To deliver such an one unto Satan for the destruction of the flesh, that the spirit may be saved in the day of the Lord Jesus” (1 Cor. 5:5).

Most commentators feel Paul declared that the offender was guilty of the sin unto death (1 Jn. 5:16–17) because of the nature of his sin. Any sin is heinous before God, but, if possible, this was even worse. Incest, which goes beyond adultery, is perversion, and God strictly forbids perversion. He destroyed entire cities and groups of people because of this wickedness.

Paul was aware of the problem in the Corinthian church and was angry that the church leadership had allowed it to continue. His position was clear: Let the man die!

The responsibility of the church to itself was addressed in verses 6 to 8. Paul pointed out that leaven used in baking soon permeates the entire batch of dough. Since leaven is a picture of sin, Paul told the church to remove the leaven. The church should be as clean as an unleavened batch of dough. Just as all leaven must be removed from a Jewish home in preparation for Passover, so the church is to be without “the leaven of malice and wickedness, but with the unleavened bread of sincerity and truth” (1 Cor. 5:8b). The church is to be pure.

Paul also dealt with the responsibility of the church to the lost in verses 9 to 13. He had previously sent a communication to the church at Corinth (which has not been preserved for us today). In it he warned them not to befriend fornicators. Some apparently misunderstood him to mean they could not even do business with such people. He cleared that up in the last portion of chapter 5. To deal commercially with the society in which we live, we must mingle with the lost. Paul explained, however, that the Lord’s people should draw the line in fellowshipping with the unsaved. Contact had to be made, but there were to be limitations. God will deal with those who reject Him in the future judgment, but wickedness within the church is to be dealt with and eliminated as it occurs. Purity must be maintained in the local church, which has a testimony to uphold before a lost world.

In Court or Out of Court (6:1–11)
Paul was not only concerned with one man’s perversion; he was also troubled by the manner in which the church was handling its disputes. There apparently had been a court trial over a controversy between two members of the church. Paul made it clear that this problem should have been resolved within the church body rather than have been taken before a secular court. He built his case on three points:

Since all these facts are true, believers should not go to an earthly tribunal to settle their minor disagreements. We should not respond with malice when we are wronged (v. 8). We are always ready to fight back when we are offended. If a decision is needed, a wise man in the congregation, perhaps one of the least esteemed, should settle the matter. There should be peace and harmony in the church without appealing to the secularistic, humanistic society in which we live to resolve our problems.

Individuals often leave good churches because there is no peace among the brethren. Oh that we might heed Paul’s reproof of the Corinthian church and work out our differences amicably. Church matters should be resolved within the local church.

Insights Into Holy Living (6:12–20)
Finally, after Paul reminded the Corinthians what they had been saved from in verses 9 to 11, he gave strong insights into and a pattern for holy, godly living. Certainly it was difficult to walk in holiness in Corinth. Sexual impurity and perversion were rampant since it was part of the heathenistic worship system of that city. It would have been very easy to allow this type of behavior to creep into the church.

God demands purity in the lives of believers. Just as the food we eat affects our bodies, so the way we live can wreak havoc in our lives. Even a seemingly harmless practice can destroy a life if it gains mastery over it.

In the last portion of chapter 6, Paul summarized chapters 5 and 6. He moved from the matter of perversion to the subject of the daily life of each believer, bringing it down to the individual level. The church should purify itself from the bickerings of chapters 1 to 4. It should handle its own internal matters and remove the perverted from its midst Paul instructed the Corinthian believers to keep themselves free of the sexual sin that had pervaded their society. “Now the body is not for fornication, but for the Lord; and the Lord for the body. And God hath both raised up the Lord, and will also raise up us by his own power. Know ye not that your bodies are the members of Christ? Shall I, then, take the members of Christ and make them the members of an harlot? God forbid” (vv. 13b–15).

Under the inspiration of the Holy Spirit, Paul penned with a masterful stroke, “Flee fornication” (v. 18a). It is not to be part of the life-style of a believer because his body is no longer his own. It belongs to Christ and is now the temple of the Holy Spirit. We are not our own, and our bodies are not ours to do with as we please.

Conclusion
Paul forthrightly dealt with the situation in the Corinthian church. He resolved the problem and, going to the final extreme, had the offender removed from the assembly.

The problems Paul handled in 1 Corinthians 5 and 6 are all too prevalent in some of our churches today. Many times, fearing the bond of family ties or church splits, discipline is not properly administered. We must practice church discipline, and perhaps on occasion we ourselves must be disciplined. But it is always to be done in the power of the Holy Spirit and in love. 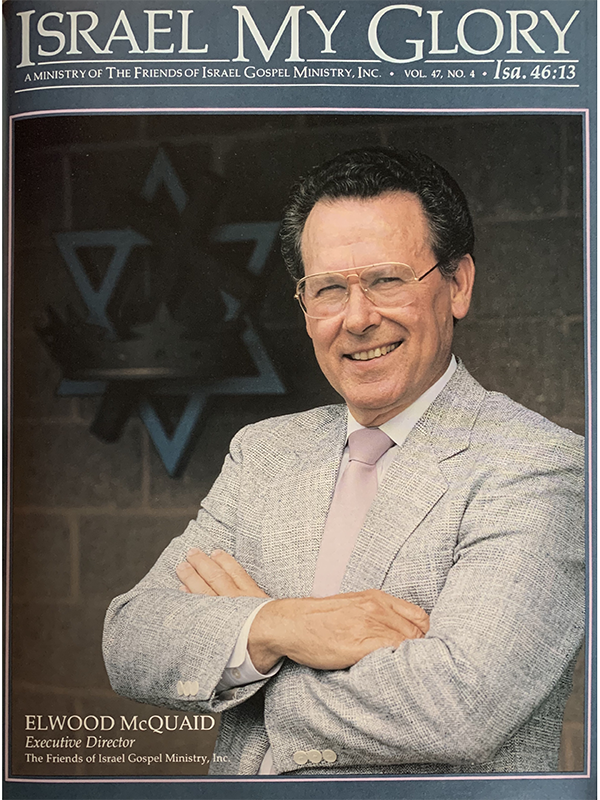