Often in conversation we are asked, “What’s the bottom line?” It is a plea to cut through a plethora of explanations and get to the gist of the matter.

Even before the completion of the Talmud in AD 50, there was a need to come to the essence of the massive amount of text so that the scattered Jewish people could better understand their faith.

Separated by time (about 100 years) and distance (several hundred miles), two men provided the means for the Jewish people to study both the Talmud and the Bible. These “helps” are still used today, not only by many Jewish people, but by Gentiles and Christians as well.

Cordova, Spain, was the birthplace of the first person we will consider. Referred to as the “other Moses,” Rabbi Moses ben Maimon (Rambam) was born in 1135. During his adolescence, he wandered from place to place because of the religious persecutions in Spain and North Africa. During this time, however, the gifted youth satisfied his insatiable appetite for knowledge by reading many books. He became fluent in Hebrew, Arabic, and Spanish, and, in addition to the Talmud and Bible, he mastered such subjects as medicine, philosophy, and science.

His first major contribution to help the Jewish community understand their texts was a work called Perush Hamishuyot. Written in Arabic and taking ten years to complete, it simplified huge portions of Mishnaic texts. The 13 principles of faith that are part of this work form a standard on which Jewish people may base their beliefs.

They all begin with “Ani ma’amin … ” (“I believe … “) and are as follows: “I believe that God created all things … that God is one … that God does not have a body … that God is forever … that Jews must worship God alone … that the prophets are inspired by God … that Moses was the greatest prophet … that God revealed the Torah to Moses … that our Torah will never be changed … that God knows our secret thoughts … that God rewards those who are good and punishes those who are evil … that the Messiah will someday come … in the resurrection of the dead.” Not only were these principles of great help to the Jews of Maimonides’ day, but also to the millions of Jews who recited them as they marched into the gas chambers of the Holocaust.

Another tool developed by the Rambam was called the Mishnah Torah. This immense work (14 volumes), written in Hebrew, took 10 years to complete. All the laws of the Torah are arranged according to subject and put in a systematic order. The Mishnah came about as a result of a comprehensive study of Jewish lore, the Talmud, the Midrash, and other rabbinic literature. This work has been very influential in the Jewish community over the years because of its readability for both young and old.

While the Rambam’s labor of love was religious scholarship, his life’s labor was as a physician. He served as the personal doctor to the royal court of Cairo, which included Saladin and his son. Maimonides’ scholarship was not limited to Judaistic writing. He was also a noteworthy philosopher, and his Guide to the Perplexed is easily the most significant philosophic work of any Jew. Written when he was 55, its goal was to reconcile reason with faith and harmonize Judaism with philosophy. However, with its 176 chapters divided into three parts, it is so vast a work that many people avoid it in the year 1204, the Rambam—the one who lived his life to help others, the one of whom it was said, “From Moses to Moses, there is none like Moses”—died. He had become so famous that a public fast was proclaimed in Jerusalem upon news of his death, and it was said of him, “The glory is departed from Israel.” Even today, many people visit his grave in the city of Tiberias, Israel.

In the mostly unknown village of Troyes, France, another notable Talmudic scholar was born. His name was Solomon ben Isaac. He would become known as Rashi, taken from his name, Rabbi Shlomo ben Isaac.

Rashi came from very humble means, yet he was able to attend two notable yeshivahs. He made his living by running a successful wine business, but his real passion was learning, particularly the Torah and Talmud. While still in his mid-20s, he founded his own yeshiva, where he instructed hundreds of students. For 40 years, he used his tremendous knowledge of the Talmud—both in Halacha (laws) and Agodoth (narration)—as well as his extensive knowledge of science and secularism to provide a simplified understanding of the complex text of the Talmud.

Rashi was able to take vast amounts of Talmudic texts, which contained neither punctuation nor indication of the speaker, and explain them in short sentences, sometimes even a single word.

Rashi also wrote a commentary on the Bible, covering every book except Chronicles. It was translated into several languages and has been used not only by Jewish people, but by Gentile and Christian theologians as well. One of the most notable users of his commentary was Protestant reformer Martin Luther. To this very day, young students of religion cut their teeth on the work of Rashi.

Although committed Christians and Jews differ in a number of significant areas, there is mutual agreement in one key area. Both have a strong desire to know and understand the Book. The Rambam and Rashi were people of impact, helping their people arrive at the bottom line of the volumes of writings that are the basis of their beliefs and traditions. We can thank God that He made His Word readable for even the simplest among us. 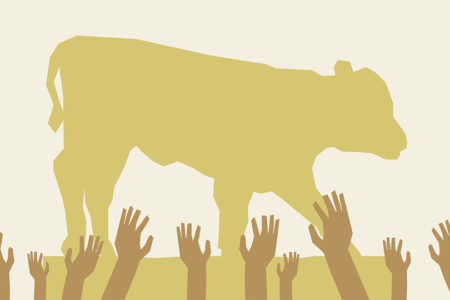 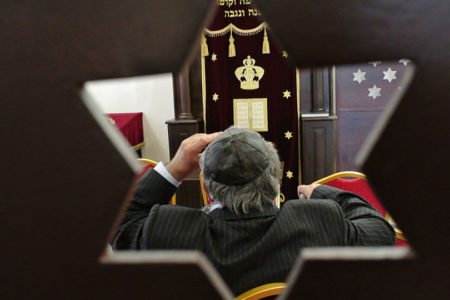