New Kid on the Block

A Christian woman was interested in the beliefs of Reform Judaism. She asked her Jewish friend what a Reform Jew believes. The friend responded, “Be a good spouse and parent, work hard, be honest, treat people well, remember the holidays, and plant trees in Israel. No different, really, than your basic, good, liberal church—except, obviously, for the planting of trees in Israel.” This fictitious account playfully captures the essence of Reform Judaism. This article examines Reform Judaism’s beginnings, present realities, and beliefs within Judaism.

Reform Judaism was born in Germany in the early 1800s. It owes its existence to the rigid orthodoxy of traditional Judaism—known today as Orthodox Judaism—and the growing political liberalism of the German society of that day. The rigid orthodoxy of traditional Judaism resulted in the conversion of significant numbers of Jews, many to Christianity.

The freedoms of Germany’s culture and society allowed its Jewish residents to receive a secular education. These freedoms also allowed the Jews to see the differences between Jewish and Christian modes of worship. This produced a dissatisfaction with traditional Judaism and a desire for something more relevant to the times.

A primary cause of the development of Reform Judaism was the optimistic faith of the eighteenth-century Enlightenment in Europe. Strong belief in human progress and human reasoning as the cause of that progress gave impetus to this new movement among the Jewish people.

One writer said, “[Reform Judaism] offered, in the vocabulary of the times, an ‘enlightened’ religion which sought to stem the tide of conversion to Christianity by Jews estranged from what they perceived as the obsolete rituals of Judaism and frustrated by the discriminatory practices of their society.”* The result was Reform Judaism, called Liberal or Progressive Judaism in some parts of the world.

Born in Frankfurt, Germany, in 1810, Abraham Geiger became the leader of Reform Judaism in Europe. As a trained rabbi and scholar, he saw the changing nature of Judaism over the centuries. This insight led him to suggest reforms in the beliefs and observances of Judaism to make it more acceptable to the new feelings of Jewish people.

The first congregation of Reform Judaism was organized in Hamburg, Germany, in 1818. This congregation met with much opposition from the Orthodox rabbinate in Hamburg. But Geiger’s appointment as head of the Breslau community of Jews in 1839 caused Reform Judaism to spread throughout Germany.

Rabbi Geiger held four rabbinical conferences between 1837 and 1846 to discuss possible changes with like-minded rabbis. Several significant reforms resulted. These included engaging in activities on the Sabbath that were forbidden by the Orthodox, such as riding, shortening the synagogue service, and translating it into the indigenous language, as well as the belief in a future messianic era of peace in the world rather than a personal Messiah. These changes eventually touched Judaism in all parts of Europe and the United States.

From 1654 to 1824, all American Jewish congregations were Orthodox. The first effort at Reform Judaism occurred in Charleston, South Carolina, in 1824. This first effort was short-lived, but it led to the establishment of the first permanent Reform congregation in 1841.

In 1846, at the age of 27, Rabbi Isaac Mayer Wise immigrated to New York from Bohemia. He was elected rabbi of an Orthodox congregation in Albany, New York, and led them for eight years. The congregation greatly respected him until he began to introduce opinions that were not Orthodox. A bitter division arose between his supporters and the more Orthodox, who opposed him. Rabbi Wise and his followers eventually left the synagogue because of this division.

In 1854, Wise was elected rabbi of Congregation Bene Yeshurun (now known as Isaac M. Wise Temple) in Cincinnati. Wise became the most influential individual in Reform Judaism in America.

Rabbi Wise introduced many changes that eventually became common practice in Reform congregations. He introduced family pews, sermons in English, a shorter and more understandable service, music (as a part of the service), and late Friday evening services. Wise was also instrumental in establishing some of the national organizations of Reform Judaism. These organizations include the Union of American Hebrew Congregations (UAHC), established in 1873, and the Hebrew Union College (HUC), established in 1875 in Cincinnati, of which he was the first president. In 1889, Wise helped to unite all Reform rabbis into an organization called the Central Conference of American Rabbis (CCAR). He was elected the first president of the CCAR.

HUC was significantly expanded in 1950, when it merged with the Jewish Institute of Religion (JIR) of New York City. Today the HUC-JIR is the seminary system for Reform Judaism, with branches in Cincinnati, New York City, Los Angeles, and Jerusalem.

Three historic events in Reform Judaism in America have defined the beliefs of the movement. Authoritative documents resulted from these events, although they are not binding on any individual Reform congregation.

In 1885, the development of the Pittsburgh Platform was a major milestone for Reform Judaism. This was an eight-point platform recognized as “classical” Reform Judaism.* Among other things, the Pittsburgh Platform states that Judaism is “a progressive religion, ever striving to be in accord with the postulates of reason.” It rejected the authority of the Bible, was ecumenical, embraced evolutionary theory as compatible with Judaism, and established the idea of ethical monotheism. This document embraced one of the most important changes in Reform Judaism: Jews were no longer a “people” (nation) but a “religious community.” The anti-Zionist position of Isaac Wise also became part of this platform.

In an attempt to bring Reform Judaism closer to the traditional beliefs of Judaism, the 1937 Columbus Platform was the second major event in Reform Judaism. The Platform consists of nine points concerning Judaism and its foundations, ethics, and religious practice. Among the changes in this document was the move toward the acceptance of the historical position that Judaism is not just a religion but “the historical religious experience of the Jewish people.” It said that “Judaism is the soul of which Israel is the body.” This document was pro-Zionist in that it “affirmed the obligation of all Jewry to aid in its [Palestine’s] upbuilding as a Jewish homeland…”

The worldwide organization for Reform Judaism, World Union for Progressive Judaism, has its headquarters in Jerusalem. There are progressive congregations all over the world.

In the United States, the three original organizations—UAHC, HUC, and CCAR—are still functioning, along with other Reform organizations. The 1993–94 yearbook of the UAHC lists 853 member congregations with 302,193 member units (families, singles, etc.). If the average member unit includes three people, there are approximately one million members. There are many other congregations that are Reform but are not associated with UAHC. A conservative estimate of American Jewry involved with Reform Judaism is about 25 to 30 percent.

The main emphasis of Reform Judaism is on God and His ethical demands. Different interpretations of God and His demands result from the autonomy of individual congregations, but all tend to have a liberal leaning.

Although there are no fundamentals that Reform congregations must follow, there are some general concepts and principles that characterize much of the Reform movement. These are “belief in God as defined in the Shema [see Dt. 6:4–9); belief that the Torah was written by human hands, in the language of its time, with divine inspiration; belief in the rationality of humanity; belief that the process of reinterpretation of the Torah to the language of today is ongoing and that every Jew has a stake and a role in that restatement and extension; belief in egalitarianism (equal treatment of sexes) wherever possible; belief in the strong moral and social commitment inherent in Torah and embodied in the concept of ‘Tikkun Olam,’ rebuilding the world.”*

Naturally, it is not surprising that Bible-believing Christians have major differences with Reform beliefs. Among them are the beliefs that there is no personal Messiah, just a messianic age of peace; that there is no resurrection; that the Bible is not the infallible, inerrant, authoritative Word of God; that God will mean different things to different people and can be a personal or cosmic force; and that salvation comes through good works.

Some observations from this study should be helpful in sharing the Messiah with Jewish people from a Reform background.

First, Reform Judaism is liberal in its beliefs and practices. In essence, the humanistic emphasis makes God an impotent bystander in the affairs of mankind. The denial of the Bible and its basic teachings has often produced religious agnostics. Thus, along with Jewish evangelism, the use of apologetics is important in sharing the Messiah with Reform Jews.

Second, most Jewish believers in Jesus are from Reform or nominal Jewish backgrounds. (This is to be expected since nominal, nonaffiliated Jews and Reform Jews together probably comprise about 50 to 60 percent of the American Jewish population.) Orthodox Judaism often claims that most Jewish believers in Jesus would not have believed in Him if they were from an Orthodox background. A cause of the rise of Reform Judaism, as mentioned earlier, disproves this argument. Discussion should not be about a person’s background—Orthodox or Reform—but about what the Word of God says concerning the Messiah and it effects on these people.

Third, Reform Judaism’s acceptance of integration into the surrounding communities has made Jewish people more accessible to Christians and our beliefs concerning the Messiah. This results in more opportunities to share our faith with them. This is probably one of the reasons we have seen such a great response among Jewish people to the Messiah. In light of this fact, let’s take advantage of every opportunity the Lord gives us to share the truth of the Messiah with Reform Jews and all other Jews who are still without Him. 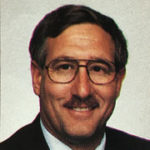 Will There Be Room in the Inn?

Two thousand years ago a young Jewish woman and her husband came to the town of Bethlehem, in Jewish Judea, to be registered for taxation. Their permanent residence was Nazareth.

Some Jewish people think that Christianity is confused and splintered. They point out that there are Methodists, Baptists, Presbyterians, Lutherans, Catholics, Pentecostals, and many other divisions. Within those groups there are conservatives...

The Jewish expression “Eat kosher but think trayf [non-kosher]” encapsulates the ideology of one of the more popular branches of modern American Judaism. An attempted medium between the traditional and liberal wings of Judaism...

A Christian woman was interested in the beliefs of Reform Judaism. She asked her Jewish friend what a Reform Jew believes. The friend responded, “Be a good spouse and parent, work hard, be honest...

Within the world of Orthodox Judaism there is a group of intensely religious Jews whose influence and significance far outweigh their number. Termed ultra-Orthodox by outsiders, they are more properly known as Hasidic Jews...

When John “opened the seventh seal, there was silence in heaven about the space of half an hour” (v. 1). This seventh seal contains the seven trumpet and seven bowl judgments.