As a child, I had a favorite teacher who skillfully arranged biblical characters on colorful backdrops of desert sand, tents, or a palm-covered oasis. Drawing our attention to the Bible, she seemed to make the ﬁgures come alive.

It was enough for me, a 10-year old, that Sarai’s name meant “princess” and that she wore pretty sandals. I was not mature enough to understand the hardships and challenges she and her husband, Abram, faced in their walk of faith together.

As an adult, I am still captivated by their story. Now the emotional and spiritual dimensions of their lives interest me, challenging me to “see life from God’s perspective” (my husband’s definition of wisdom).

Genesis, the biblical book of beginnings, provides the family history of Abram and Sarai. In Genesis 11, we meet Terah, their father. Abram later clarified that Sarai was his half-sister, his father’s daughter. Bible teacher John MacArthur explained, “Scripture made no prohibition against consanguine marriages (matrimony between close relatives) until well after Abraham’s time.”1

Following God’s command to Abram to leave Ur of the Chaldeans, the family began its journey with loss and sadness. Abram’s brother, Haran, died in their native land (v. 28); and Sarai’s life was characterized simply as “barren [childless]” (v. 30).

After a stay in Haran, Abram again set out for Canaan, leaving his father behind. God led them from sorrow to hope, as they remembered His covenant promises to them: “I will show you….I will make you a great nation….I will bless you” (12:1–3).

God brought them out of a pagan culture to separate them to Himself. With many possessions, they journeyed for several months.

The Bible does not reveal Sarai’s conversations with her husband concerning their travel and relocation. However, as with most 65-year-old women, “wander” probably was not at the top of her priority list.

Yet wander she did. Though we do not know what Sarai thought or said, we know she partnered with Abram on this life adventure. God had spoken, and they listened.

After arriving at Shechem in Canaan, Abram built an altar to worship the Lord. When they arrived in Bethel, he built another and called on the Lord’s name. Certainly, through their dependence on the living God, they learned He was unlike anything associated with the moon god of Ur.

What happened next revealed the challenge in their relationship to each other and to the Lord. A severe famine in Canaan tested Abram, and he chose to go to Egypt for security. Realizing he might encounter trouble if the Egyptians desired to take his extremely beautiful wife, he asked Sarai to identify herself only as his sister. He was securing his own safety, but not Sarai’s.

Sarai did as she was told. But God sent disease on Pharaoh for taking Sarai; and Pharaoh returned her unharmed, along with gifts (12:17–20). The episode clearly displayed God’s unconditional grace.

However, when the identical danger presented itself again in Gerar, the realm of King Abimelech, her husband did the same thing (20:2). Abimelech was vindicated, Sarai was restored to Abram, and God faithfully brought them out.

Sarai rightfully could have refused to lie. Undoubtedly, she also wanted protection from the strange, powerful kings. Yet she loved Abram and listened to him; and I believe she was learning to trust God’s unconditional promises.

Another challenge for Abram and Sarai was the overwhelming heartache of being childless. Sarai no doubt was full of possessions because Abram was extremely wealthy. But she was empty without her own child to love.

Her husband considered his servant Eliezer to be the heir of his household (15:2). The Lord encouraged Abram in a vision, specifically promising him the heir would be his own offspring. The sky may have looked more beautiful than ever that night as Abram counted the stars, believing God’s promise for innumerable descendants (vv. 4–5) and the land (vv. 18–21).

As Abram counted stars, God counted Abram’s trust in Him as righteousness (v. 6).

Time, age, and the inability to conceive a child were not on Sarai’s side; but God was. Nevertheless, as time passed, she adopted the culture of the day by giving her servant Hagar to Abram so that the child born would be considered Sarai’s.

Wrote Israeli Bible teacher Meno Kalisher, “This was the accepted practice in their day, but such a step was contrary to the will of God.”2 This desperate decision produced more heartache, as well as long-term consequences for Sarai and her household.

Continuing to encourage them about the son of promise, God Almighty—El Shaddai—renamed them Abraham (“father of many nations,” 17:5) and Sarah (v. 15), assuring them kings and nations would come from them (v. 16).

It is fascinating that, as God revealed specific facts about their promised son (time of birth, name, etc.), they still needed assurance; and He provided it, not abandoning them to fear and doubt. He commends their response to Him in Hebrews 11, naming them as people of great faith.

Part of the work El Shaddai was doing in Sarah’s and Abraham’s hearts was to draw them to Himself, the “All-Sufficient” Answer to their deepest longings. Their advanced ages, physical powerlessness, and lack of ability—all of which caused them to laugh at the thought of producing children—became the cause of rejoicing in the impossible that only God can do.

What a celebration they finally had cradling their infant son, filled with joy at God’s power displayed through their weakness. Isaac was truly a miracle baby whose birth shouts in confidence that God fulfills His promises.

The apostle Peter’s commentary in the New Testament describes Sarah’s hope in God and her exemplary, submissive spirit. Although they did not always relate to each other perfectly, Sarah and Abraham trusted God.

Many other trials and obstacles in their long life together became a proving ground for their commitment to each other. Abraham’s mourning after Sarah’s death and burial demonstrated his love for her. He purchased a field from Ephron as a burial place, rather than accept it without cost.

It was the only land he ever owned in Canaan. Wrote Dr. Donald Grey Barnhouse,

Abraham was buying the field not only to bury Sarah but to express his confidence in God’s promises. He had lived for sixty years in the land as a nomad, but before he himself died, he mingled the dust of his love with that of the land of promise as a sign of his expectation that God would fulfill the promises to his seed.3

By faith, Abraham and Sarah stepped into the unknown, trusting their God to deliver on His promises. As their sons and daughters by faith, so can we. 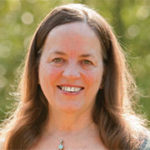 Cortiss Johnson is a Bible teacher and speaker with a focus on mentoring women.

Many years ago I had a wonderful friend who truly loved Jewish people. She was a devout Christian who had come to Christ later in life from a Greek Orthodox background and...

Life in a Land of Many Gods

Some 2,000 years ago, the apostle Paul strolled through the marketplace in ancient Athens where a plethora of altars dedicated to manmade gods oﬀered Athenians a smorgasbord of...

In our modern or postmodern world, the narratives of the Old Testament frequently slip from a vibrant canvas of deep theological truth into shallow “stories” from which believers draw...

The great American civil rights leader Dr. Martin Luther King Jr. once said, “The ultimate measure of a man is not where he stands in moments of comfort and convenience, but...

As a child, I had a favorite teacher who skillfully arranged biblical characters on colorful backdrops of desert sand, tents, or a palm-covered oasis. Drawing our attention to...

Imagine, if you can, an “appearance” by the God of glory to an idol worshiper named Abram living in Mesopotamia. He gave Abram a command and an extraordinary promise...

Richard Emmons
Share Your Story. Has God used The Friends of Israel Gospel Ministry in your life? Share your story with us!