So Near and Yet So Far

As a professor of Bible and theology for an evangelistic organization, I’ve had opportunities to hear many personal testimonies. Over the 26 years I have worked for Word of Life Bible Institute, I have been impressed by how many of our students were born into Christian families but did not become Christians themselves until later in life. That theme resonates with me because it was my story, too. I was born into a devoutly Christian home in Halifax, Nova Scotia. But like the ancient Israelites, I suffered from unbelief.

I cannot remember a time that my four brothers and my sister and I were not getting dressed, having our hair slicked down, and being marched off to one church service or another. And go to church we did. Dad was not content with attending all the services at our church; whenever there were special services at another church, we were there as well.

For many years we didn’t own a car, and I was mortified to be seen in my Sunday best, marching 20 or 30 minutes to church. However, my glee at getting a car was short-lived. Dad started a “bus” ministry before such a thing was even popular. We picked people up on the way, and then Dad made a couple of additional runs to pick up more families for the service. We had to leave home even earlier than when we walked.

It would be great if I could explain away my rejection of the gospel by claiming that it was not preached, but that wasn’t the case. Service after service I heard the simple plan of salvation: that I was a sinner and that Jesus was God who came to Earth to bear my sin, take my punishment, and set me free.

At first I went forward at least once a month to accept Jesus as my Savior. But it never seemed to take. I was such a rascal that I knew I was in big trouble with God. But I never seemed to get converted; I never really became a Christian.

Like so many whose testimonies I have heard, I merely grew colder and colder to the Lord. I grew to hate Christianity and all it stood for. The more I tried to be good and please God, the more I failed. The task seemed overwhelming; and the benefits seemed minimal, if not nonexistent.

In my teen years, my life spiraled out of control. I left home; got involved with the drug culture; and was soon jobless, homeless, and living on the streets of Toronto.

A Near-Fatal Choice
It still amazes me that a person can grow up with all the opportunities I had and yet reject the gospel. How did I not get it? I saw what alcohol did to other families. I saw broken homes and shattered lives. I saw how Christ had made a difference in our home; but, mysteriously, nothing registered. The apostle Paul marveled in the same way at Israel:

For I could wish that I myself were accursed from Christ for my brethren, my countrymen according to the flesh, who are Israelites, to whom pertain the adoption, the glory, the covenants, the giving of the law, the service of God, and the promises; of whom are the fathers and from whom, according to the flesh, Christ [Messiah] came, who is over all, the eternally blessed God. Amen (Rom. 9:3–5).

Jerusalem is built on a dual-peaked mountain. One peak is Zion; the other, Moriah. We are told in 2 Chronicles 3:1, “Now Solomon began to build the house of the Lᴏʀᴅ at Jerusalem on Mount Moriah.” That is the peak where it is said of Abraham that he finally understood, and he feared God:

Moriah was the place of Abraham’s greatest test and his greatest victory by faith. By being willing to sacrifice his son Isaac, he laid the promise of Israel on the altar. Thus Moriah symbolizes faith and became the natural place to put the Temple, the spiritual focal point of all Israel and the site where Israel would worship its God.

But it is to Deuteronomy that Paul turned to make his most definitive statements about the faith character of salvation. In Romans 10:6–8 he quoted from Deuteronomy 30:

Deuteronomy 30 was written to contrast with chapter 29, which opens with an ominous statement to unbelieving Israel:

The chapter then prophesies Israel’s future failures and punishments. But Deuteronomy 30 bears an entirely different message, one of hope and faith:

Unbelief is a cruel master. It promises nothing and delivers less. It requires payment for everything but never delivers what is bought.

But there is a better way; a way that is as close as the heart and lips and that requires no human payment whatsoever; a way that Abraham walked, Moses commanded, and Paul preached: the obedience of faith.

The Day It ‘Took’
I am not sure what was different on that rainy, cold day in November 1969. I was still doing drugs. I was as rebellious and resentful as ever. My dad had come from Halifax to look for me, and we were parked on a quiet street.

Outwardly, nothing was different. But on that day, my heart was different. When my dad asked me if I wanted to receive Christ, my heart and lips said, “Yes.” I didn’t even question the decision. It seemed obvious. That was the day I became a Christian.

I guess I always knew the gospel and probably always accepted it in an intellectual way. But like the children of Israel who ate God’s manna and walked in God-enhanced shoes, it never made a difference in my life.

That day with my dad, I was willing to agree with God about my condition and His provision for me. This is the childlike faith Christ spoke of when He said, “Unless you are converted and become as little children, you will by no means enter the kingdom of heaven” (Mt. 18:3).

Salvation is free to us, but it was of infinite cost to the Messiah. Furthermore, it is never far off. It is available to everyone willing to believe right now. Nothing stands between any one of us and eternal salvation except an unbelieving heart. 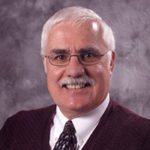 1 thought on “So Near and Yet So Far”

When will we learn that some people don’t care about “nice” and that annihilating Israel is merely the warm-up to something far more nefarious?

God’s grace comes to us in many forms. Each has a special purpose, and each provides a particular blessing.

So Near and Yet So Far

Can a person grow up in a Christian home, hear the gospel every week, and still not be a Christian? Absolutely, as Marshall’s fascinating story will reveal.

Saved by Amazing Grace: The Story of John Newton

Most people know him as the godly writer of “Amazing Grace.” But Newton’s life was far from godly before the Lord saved him and changed him forever.

Why can’t good deeds and the Law get you to heaven? If you think you don’t need Jesus, this article is especially for you.