The Dispensation of Law

Not long ago I was driving on a scenic mountain road in Arizona and decided to let my car coast downhill. Suddenly, I saw a bright flash of light. I had just driven through an automated-camera speed trap. A few weeks later I received a letter sporting a picture of me and my license plate and a ticket for $187. I had broken the law, albeit unintentionally. And my punishment as a lawbreaker was an expensive ticket.

In somewhat the same way, the Mosaic Law was given to Israel as a code of conduct, a “radar gun” to reveal transgressions and levy penalties on the transgressor.

The dispensation of Law began with the Mosaic Covenant when Israel was in the wilderness of Sinai. On hearing the covenant’s terms, the Israelites enthusiastically responded with confidence, “All that the Lᴏʀᴅ has spoken we will do” (Ex. 19:8).

However, the Hebrew Scriptures often speak of Israel’s disobedience. Most of Israel’s history was not one of success.

The dispensation, or stewardship, of Law was instituted for at least five reasons.

(1) To magnify God’s holiness. The prophet Habakkuk many years later spoke of God’s holiness when he said, “You are of purer eyes than to behold evil, and cannot look on wickedness” (Hab. 1:13). The Law stresses the holiness of God (Ex. 19; 20:18–26). When we compare ourselves with others, we may appear good. But when forced to compare ourselves with God, we should quickly recognize His moral purity and our moral pollution.

(2) To reveal man’s sinfulness (Rom. 3:19–20). The Law acted like a mirror, showing the Israelites their imperfections.

(3) To show the Israelites how to live in a moral society. It was given to keep them from hurting and destroying one another. People were created in the image and likeness of God. Therefore, we have moral natures and are called to live on a higher moral plane than animals.

(4) To show the Israelites their need of a Savior. The Levitical sacrificial system used blood as a purifying agent. Thus the book of Hebrews says, “According to the law almost all things are purified with blood, and without shedding of blood there is no remission” (Heb. 9:22).

People go to physicians because they know they are sick. What would prompt people to turn to the Savior? A realization of their sinfulness and need of forgiveness. The apostle Paul wrote, “Therefore the law was our tutor to bring us to Christ, that we might be justified by faith” (Gal. 3:24). The Law was given to show mankind its true condition, its need of a Savior, and to point us to “the Lamb of God who takes away the sin of the world” (Jn. 1:29).

The Law was not given to impart salvation, nor did it guarantee any Israelite that he or she would go to heaven. Salvation has always been by faith. The Law was given to show the need of salvation by contrasting man’s sinfulness with God’s holiness. For someone to be saved by keeping the Law, he had to keep it perfectly. He could never stumble: “For whoever shall keep the whole law, and yet stumble in one point, he is guilty of all” (Jas. 2:10).

(5) To demonstrate God’s grace and mercy. Despite Israel’s failure to keep the Law, God provided redemption. The Levitical sacrifices made it possible for those with sincere hearts to have their sins covered. And the once-for-all death of His Son, Jesus the Messiah, has provided final, lasting atonement. Although Israel failed under the dispensation of Law, God’s gracious promises to regather, restore, and fully redeem Israel will be fulfilled in the Millennial Kingdom.

The dispensation of Law ended at the death and resurrection of Jesus Christ. Today, in the dispensation of grace, God expects people to be guided not by the Law but by the Holy Spirit. When individuals realize their sinfulness and need of forgiveness from a holy God, they are to go in faith to the only One who ever kept the Law perfectly: Jesus the Messiah. He takes their sinfulness and clothes them in His righteousness, so they are “found in Him, not having [their] own righteousness” but “the righteousness which is from God by faith” (Phil. 3:9).

The ultimate purpose of the Law is to show both Jews and Gentiles their sinfulness and point them to the One of whom the prophet Isaiah spoke: “But He was wounded for our transgressions, He was bruised for our iniquities; the chastisement for our peace was upon Him, and by His stripes we are healed. All we like sheep have gone astray; we have turned, every one, to his own way; and the Lᴏʀᴅ has laid on Him the iniquity of us all” (Isa. 53:5–6). 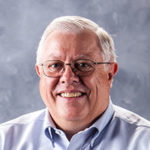 Palestinian Christians have come out with a document against Israel. But it reads surprisingly like it was written by militant Islamists.

Dispensational Theology provides the best understanding of God’s Word and His plan for creation. Here are three important reasons why.

Replacement Theology: The Black Sheep of Christendom Part One

Replacement Theology crept into the early church and altered many things. In fact, you may unknowingly be living with some of those changes in your church today.

For the past 4,000 years, Satan has incited hatred and persecution of the Jewish people with the objective of annihilating them. This article explains why.

We Answer to a Higher Authority

Christian Zionists have a deep commitment to Israel. Learn what motivates their love and how they are perceived by the Jewish community.