A look at the vast difference between the potter and the clay
In 1949, a show called Father Knows Best debuted on the radio. It made the transition to television in 1954, starring Robert Young, who played Jim Anderson, the father of three children. Whenever his children needed advice, they would turn to their father because “Father Knows Best.”

Our heavenly Father knows best, too, even though some people don’t always think so. In Isaiah 45, God promised to use a Gentile ruler (Cyrus) to save Israel. Rather than rejoice, apparently some Israelites openly resented the fact that God would use a pagan to deliver them. It is this criticism of God—that He doesn’t know what is best for His people—that verses 9–13 address.

The Potter’s Rights
Through the prophet Isaiah, God reminded the Israelites He is sovereign over all of creation because He is the Creator. Then He pronounced two woes on those who question His sovereignty:

The object made has no right to question the Maker.

After college, I worked for a few years at a porcelain factory in Hamilton, New Jersey. Skilled workers put raw material in molds and formed it into porcelain toilets or basins. American Standard was the best in the business at making porcelain bathroom fixtures.

Across town was another porcelain factory called Boehm. Some of its fine-china porcelain pieces are on display in the American Wing of the Metropolitan Museum of Art in New York City. Both companies craft porcelain, yet for vastly different purposes.

As the Maker, God has total authority over His creation to make it for whatever purpose He sees fit. This is the point of the first woe. God chose Israel to be His people, and He has the right to raise up whomever He desires to deliver them. We have no right to question God’s plan.

An interesting statement ends verse 9: He has no hands. This Jewish expression was used to describe something that didn’t seem to make sense. Today people would say, “Oy vey.”

The second woe takes a slightly different approach. As children, we had nothing to do with the fact that our parents conceived us. It would be irrational to think that, as God’s children, we could question God’s plan for our futures.

The prophet Jeremiah expounded on the same subject. God told Jeremiah to go to a potter’s house (Jer. 18:1–2). There he watched a potter ruin a piece of clay and reshape it into another vessel “as it seemed good to the potter to make” (v. 4). The clay had no say in the matter.

As the Maker, God has total authority over His creation to make it for whatever purpose He sees fit.

The apostle Paul also picked up on this theme:

But indeed, O man, who are you to reply against God? Will the thing formed say to him who formed it, “Why have you made me like this?” Does not the potter have power over the clay, from the same lump to make one vessel for honor and another for dishonor?” (Rom. 9:20–21).

After all, “The LORD God formed man of the dust of the ground, and breathed into his nostrils the breath of life; and man became a living being” (Gen. 2:7). God is the Potter. We are the clay. Who are we to question His authority? Paul said the potter could destroy the vessel if he chose (Rom. 9:22). But he also could choose to make it a vessel of mercy.

In choosing Cyrus, God made the pagan ruler a blessing to Israel—because the Father knows what is best for His children.

Satan’s Ruse
After establishing His sovereignty, “The Holy One of Israel, and his Maker” tells His critics, “Ask Me of things to come concerning My sons; and concerning the work of My hands, you command Me” (Isa. 45:11).

Satan’s ruse from the beginning has been that God is not who He says He is and that we can be just like Him. Humanity has fallen into a trap of Satan’s making, thinking people can be like God. But God again establishes there is no god like Him: “I have made the earth, and created man on it. I—My hands—stretched out the heavens, and all their host I have commanded” (v. 12). God spoke, and it was so.

“‘I have raised him up in righteousness, and I will direct all his ways; he shall build My city and let My exiles go free, not for price nor reward,’ says the LORD of hosts” (v. 13). Although this event would not occur until 100 years after Isaiah’s death, God declared it an accomplished fact because “the king’s heart is in the hand of the LORD, like the rivers of water; He turns it wherever He wishes” (Prov. 21:1).

God completely controls every world leader and uses each one to fulfill His will on Earth. He announced that Cyrus not only would build His city (Isa. 45:13) and set the Jewish exiles free, but Cyrus would do so willingly and without reward. As a matter of fact, Cyrus paid the Jewish exiles to rebuild Jerusalem and returned “the articles of the house of the LORD, which Nebuchadnezzar had taken from Jerusalem” (Ezra 1:7).

A Look at the Future
God not only controlled past events, but He also controls future ones. During Christ’s millennial reign, Israel will be the nation God intended it to be all along. He chose Israel to bless the world (Gen. 12:1–3), which it has done in many ways, chief of which is being the nation that gave us the Savior. One day all nations will bow before Israel (Isa. 45:14) and want to know Israel’s God.

The apostle Paul told the church in Corinth that God chooses the foolish things to shame the world (1 Cor. 1:27). When the nations realize God truly is Israel’s Messiah, they will be ashamed and confounded (Isa. 45:15–16).

Today “blindness in part has happened to Israel” (Rom. 11:25), and it will continue until the times of the Gentiles end—at the end of the future seven-year Tribulation recorded in Scripture. During the Tribulation, God will pour out His wrath on mankind.

The nations will assemble a massive army to destroy Israel, and Israel will be ravaged (Zech. 14:2). But God says that when all hope seems lost and two-thirds of Israel will “be cut off and die” (13:8), the Jewish people will “call on My name, and I will answer them” (v. 9). Then “Israel shall be saved by the LORD with an everlasting salvation” (Isa. 45:17).

Throughout history, God has used nations to discipline His people. But Israel will be saved once and for all eternity: “You shall not be ashamed or disgraced forever and ever” (v. 17). Israel is the only nation with that guarantee.

God used a pagan king to redeem His people from captivity, and He will use pagan nations to bring them to their knees before Him. Then He will save them.

God used a pagan king to redeem His people from captivity, and He will use pagan nations to bring them to their knees before Him. Then He will save them. The world will recognize Israel as God’s favored nation, and God will be known as Israel’s God.

But God doesn’t stop there. He also appeals to the Gentiles:

For thus says the LORD, who created the heavens, who is God, who formed the earth and made it, who has established it, who did not create it in vain, who formed it to be inhabited: “I am the LORD, and there is no other” (v. 18).

God again declares His position as Creator but now to the nations, reminding them His Word was not given in secret (v. 19)—unlike the secret responses idol worshipers received from their priests. “I did not say to the seed of Jacob, ‘Seek Me in vain’” (v. 19). He fulfilled His promise to the seed of Jacob.

God’s Call to the World
God’s desire is for “all men to be saved and to come to the knowledge of the truth” (1 Tim. 2:4). In Isaiah 45:20–25, He invites the lost to assemble and examine what He has said. Basically, He tells them, “You are worshiping gods that cannot save you. Look at what I have done and come to the conclusion that there is no God but Me.”

Look to Me and be saved, all you ends of the earth! For I am God, and there is no other. I have sworn by Myself; the word has gone out of My mouth in righteousness, and shall not return, that to Me every knee shall bow, every tongue shall take an oath. In the LORD all the descendants of Israel shall be justified, and shall glory (vv. 22–23, 25).

Israel must trust its heavenly Father, who knows what is best for His children. And we must trust Him as well. One day God will gather His people and establish His Kingdom. Then all the nations will know the one true God: the God of Abraham, Isaac, and Jacob—the God of Israel. 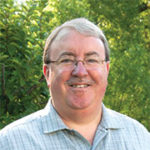 1 thought on “The Father Knows Best”

Many years ago, my husband’s friend Ken Campbell lost his 18-year-old daughter in a car accident. Ken pastored a church here in South Jersey, and Gwendolyn was a student at Word of Life...

Health experts agree that walking 10,000 steps a day is a good thing. So I do this “good thing” regularly, and I can tell you that my Oy veys grow louder every time I start walking. But I can also tell you that...

The Great I Am

“Welcome to the State of Israel,” the guard said, smiling as he checked us through security and into the Embassy of Israel in Washington, DC. My wife and I attended a function there...

In 1949, a show called Father Knows Best debuted on the radio. It made the transition to television in 1954, starring Robert Young, who played Jim Anderson, the father of three children...

A peculiar industry has been growing in America. It generates $2 billion in revenue a year and employs roughly 85,000 people who are primarily mediums, astrologers, palm readers, and fortune-tellers...

The Absurdity of Idolatry

Sam Coonrod made news last summer when he refused to kneel. The then-27-year-old relief pitcher for the San Francisco Giants was the only baseball player...