When Jesus stepped down from heaven to be born in a manger, He did more than most people realize.
I have some Christian friends who do not celebrate Christmas. They object to the many pagan traditions that have crept into the holiday and argue that Jesus was not even born on December 25. I don’t disagree. They are quite correct.

But the reason for the season is not Rudolph the Red-Nosed Reindeer, Santa Claus, Frosty the Snowman, or roasting chestnuts on an open fire. December 25 is the date Christians have set apart to commemorate the Incarnation, a doctrine clearly taught in the New Testament: “And without controversy great is the mystery of godliness: God was manifested in the flesh, justified in the Spirit, seen by angels, preached among the Gentiles, believed on in the world, received up in glory” (1 Tim. 3:16, emphasis added).

THE FOUNDATIONS OF FAITH
You can learn the biblical truth of Christ’s incarnation in The Foundations of Faith by Renald Showers.

My Jewish friends struggle with the doctrine of the Incarnation. To them the concept of God becoming flesh seems to contradict their understanding of God. But the Incarnation is not unique to the New Testament. The Old Testament prophets looked forward to God becoming man: “But you, Bethlehem Ephrathah, though you are little among the thousands of Judah, yet out of you shall come forth to Me the One to be Ruler in Israel, whose goings forth are from of old, from everlasting” (Mic. 5:2, emphasis added).

The rabbis of Jesus’ time understood that Micah 5:2 referred to the Messiah:

And when he [Herod] had gathered all the chief priests and scribes of the people together, he inquired of them where the Christ [Messiah] was to be born. So they said to him, “In Bethlehem of Judea, for thus it is written by the prophet: ‘But you, Bethlehem, in the land of Judah, are not the least among the rulers of Judah; for out of you shall come a Ruler who will shepherd My people Israel’” (Mt. 2:4–6).

Through the prophet Isaiah, the Lord revealed the Messiah would be born of a virgin and would be called Immanuel. “Therefore the Lord Himself will give you a sign: Behold, the virgin shall conceive, and bear a Son, and shall call His name Immanuel” (Isa. 7:14).

Most rabbis, as well as many liberal Christians, argue that the Hebrew word almah (which is translated as “virgin”) actually means young woman. However, when the Jewish people translated the Old Testament into the Greek Septuagint in the mid-3rd and 2nd centuries BC, they translated almah as parthenos, a Greek word that unequivocally means virgin.

Looking at Isaiah 7:14, translating the word almah as young woman does not make sense. When Isaiah gave the prophecy, the Lord had just told King Ahaz of Judah to ask for a sign to confirm God’s promise that Judah would not be destroyed by the armies of Syria and Israel: “Moreover the LORD spoke again to Ahaz, saying, ‘Ask a sign for yourself from the LORD your God; ask it either in the depth or in the height above’” (vv. 10–11).

In a display of false piety, King Ahaz replied, “I will not ask, nor will I test the LORD!” (v. 12). Having rejected the Lord’s offer for a sign, Isaiah turned from King Ahaz to the house of David to announce the Lord’s sign:

Hear now, O house of David! Is it a small thing for you to weary men, but will you weary my God also? Therefore the Lord Himself will give you a sign: Behold, the virgin shall conceive and bear a Son, and shall call His name Immanuel (vv. 13–14).

A natural conception would not grab the house of David’s attention. The world has seen billions of young women conceive and bear sons. But a virgin having a child—now that would be a sign that should get the children of Israel’s attention. That miracle would be fulfilled by the conception and birth of Jesus:

Now the birth of Jesus Christ was as follows: After His mother Mary was betrothed to Joseph, before they came together, she was found with child of the Holy Spirit. Then Joseph her husband, being a just man, and not wanting to make her a public example, was minded to put her away secretly. But while he thought about these things, behold, an angel of the Lord appeared to him in a dream, saying, “Joseph, son of David, do not be afraid to take to you Mary your wife, for that which is conceived in her is of the Holy Spirit. And she will bring forth a Son, and you shall call His name JESUS, for He will save His people from their sins” (Mt. 1:18–21).

So all this was done that it might be fulfilled which was spoken by the Lord through the prophet, saying: “Behold, the virgin shall be with child, and bear a Son, and they shall call His name Immanuel,” which is translated, “God with us” (vv. 22–23).

The Incarnation was also prophesied in Isaiah 9:6–7:

For unto us a Child is born, unto us a Son is given; and the government will be upon His shoulder. And His name will be called Wonderful, Counselor, Mighty God, Everlasting Father, Prince of Peace. Of the increase of His government and peace there will be no end, upon the throne of David and over His kingdom, to order it and establish it with judgment and justice from that time forward, even forever. The zeal of the LORD of hosts will perform this.

The Messiah’s humanity is described in the phrases a Child is born and a Son is given. His divinity is expressed in His names Wonderful, Counselor, Mighty God, and Everlasting Father; and His eternal authority is seen in the phrase of the increase of His government there will be no end.

Christmas a pagan holiday? It can be if we let it be. But when I sit in a coffee shop at the mall at Christmastime, I can’t help noticing Christmas carols playing in the background. Every year, the Canadian Broadcasting Corporation broadcasts Handel’s Messiah. Both sides of our family are at best nominal Christians. Yet every year they ask me to read the Christmas story as we gather together to celebrate Christmas.

My Muslim and Jewish friends make it a point to wish me a hearty “Merry Christmas!” It is the one time of the year where it seems politically correct to publicly proclaim the Good News—that the Messiah was manifested in the flesh. He and He alone is the reason we celebrate Christmas, as we thank God for the Incarnation. 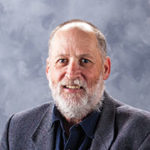 8 thoughts on “The Incredible Incarnation”

When my younger daughter was about 12, she took figure skating lessons. She got pretty good, too. Since we were always at the rink about two hours, I’d bring work with me. One day a girl who sometimes skated with my daughter sat down beside me...

This Christmas season, as we gather in our churches to worship our Lord and Savior Jesus Christ and sing the carols of Christmas, we no doubt will sing “O Little Town of Bethlehem,” one of the most beloved hymns of all time...

A Night in the Fields

Birth announcements are exciting. Parents share the news first with family, then with close friends, and later with the community. In the first century, however, it was unthinkable to send birth announcements to the poor and to those who held lower-class occupations, like shepherds...

I have some Christian friends who do not celebrate Christmas. They object to the many pagan traditions that have crept into the holiday and argue that Jesus was not even born on December 25. I don’t disagree. They are quite correct...

Our Wonderful God of Christmas

For more than 50 years, Charles M. Schulz’s animated classic, A Charlie Brown Christmas, has touched millions of television viewers. In it, Charlie complains, “I think there must be something wrong with me, Linus. Christmas is coming, but I'm not happy...

The Tyrant Who Tried to Kill Jesus

King Herod was a complex man. He was a brilliant builder and politician, yet a ruthless and brutal tyrant. He makes a brief appearance in Scripture as the cold-blooded killer of baby boys in Bethlehem and surrounding areas...