The Making of a Miracle

My wife made a casual remark last Christmas that has stuck with me. We were thinking about all of the family members we were expecting on Christmas day and all of the presents we needed to place underneath our tree when she observed, “There are so many presents there will not be room for Jesus.”

Her comment captured Christmas in America today. Most people are so focused on the material aspects they have no room for the Savior.

Since our culture largely rejects belief in God and, therefore, the possibility of a God-caused event, it rejects the Bible’s account of Jesus’ birth. Yet some things cannot be explained apart from the supernatural intervention of God; and Jesus’ birth clearly falls into that category, beginning with the miraculous preservation of the Messianic line.

Abraham Lincoln
In ancient days, a family lineage was of great importance to a Jewish family, so it’s not surprising to find in the Gospels of Matthew and Luke the genealogy of the Messiah, the Redeemer of Israel. Whoever the Redeemer was, He needed to be able to prove His right to be the Messiah through his lineage.

Matthew’s genealogy follows the line of Mary’s husband, Joseph, establishing the Lord’s paternity all the way back to King David and Abraham. Luke’s follows His mother Mary’s connection all the way to Adam. And both genealogies run through David to establish Jesus’ rightful claim to the Davidic throne.

Most people don’t realize the enormity of the miracle involved in preserving Christ’s lineage for more than 2,000 years. God had to guarantee the presence of a male descendant in every generation, ultimately culminating in the birth of the Lord Jesus.

We may think, No big deal. A lot of men can trace their lineage back hundreds of years. The difference, however, is that God told the world His Son would be born thousands of years before it happened. Then He had to ensure the proper descendants to produce the promised Messiah.

Think about it this way. U.S. President Abraham Lincoln had four children, all sons: Robert Todd Lincoln, Edward Baker Lincoln, William Wallace Lincoln, and Thomas Lincoln. Of those four sons, one died in infancy. Another died as a youth. A third died in early manhood, before he was married.

The only one of President Lincoln’s sons to marry was Robert Todd, and he had three children: two daughters and a son. His son died in 1890, before he ever married. So in less than three generations—approximately 100 years from the time Lincoln was born—Lincoln’s direct male line had disappeared. It is impossible for anyone today to claim to be a great-great-great-grandson of Abraham Lincoln. His line is extinct.

God maintained Jesus’ lineage for more than 2,000 years—preserving it and providing all the males necessary to keep it alive. He did so despite Satan’s attempts to wipe it out because Satan knew what God had promised. Satan believed that if he could destroy all the males, he could terminate the line and prevent God from fulfilling His promise to bring the Messiah.

Fortunately for us, not even Satan can thwart the Almighty. God overrules in the affairs of men, and history unfolds exactly as He has planned from the very beginning.

More Miracles
Christ’s remarkable lineage is not the only supernatural event connected with His incarnation. In Matthew 1:21, an angel of the Lord appeared to Joseph in a dream to impart significant information about the unborn child. Mary and Joseph were not yet married, but they had made a commitment to each other that was almost as binding as a legal marriage in that culture.

To reassure Joseph that Mary had not been unfaithful to him, the angel delivered a message containing three amazing statements:

1. Jesus’ Conception. “For that which is conceived in her is of the Holy Spirit” (v. 20). Mary was not impregnated by natural means. Her child was the result of a supernatural act of God the Holy Spirit. That’s why we call it the virgin birth. Mary was a virgin in every normal sense of the word: She had not had relations with a man. But the Holy Spirit miraculously came upon her, and she conceived a child.

In the Hebrew Scriptures, the Holy Spirit often acted as the agent of God’s power—the One who carried out the miracles God the Father had planned.

The purpose of the miraculous conception, of course, was to protect Jesus’ sinlessness. If Joseph had been the child’s physical, natural father, he would have transmitted his sin nature to the baby. The Redeemer could not possess a sin nature like the rest of us because it would have made Him unfit to become the final sacrifice for our sin and, therefore, unable to redeem us. So God supernaturally caused Jesus to be conceived by the miraculous working of the perfect Holy Spirit so that He would be like “a lamb without blemish and without spot,” as the Mosaic Law required (1 Pet. 1:19).

2. His Gender. “She will bring forth a Son” (Mt. 1:21). Today a baby’s gender is no longer a much-anticipated revelation. We have “gender reveal parties,” when moms and dads announce to the world what modern technology has revealed to them about their unborn children.

In those days, however, nobody knew a baby’s gender until the child arrived. Only God knew this baby’s gender because He had planned for the incarnation of His Son from eternity past. And He revealed that information prior to the child’s birth.

3. His Mission. “You shall call His name Jesus, for He will save His people from their sins” (v. 21). Many people have goals they never obtain due to circumstances that come along in life. Yet before Mary’s baby was born, His parents knew exactly what Jesus was going to do: He would be the Savior, which means “Deliverer.”

4. His Nature. Ironically, the most supernatural element of Christ’s birth is the one most missed by an unbelieving world. The apostle John said, “In the beginning was the Word, and the Word was with God, and the Word was God. And the Word became flesh and dwelt among us, and we beheld His glory, the glory as of the only begotten of the Father, full of grace and truth” (Jn. 1:1, 14).

As far back as we can imagine, when nothing existed but God, the Word existed. Who was the Word? “The Word was with God, and the Word was God.” With one-syllable words that any grade-school student can understand, God has revealed astonishing biblical and theological concepts concerning the Lord Jesus Christ:

→ The Word has a separate identity from God. The Word was with God. So they are separate.
→ The Word and God are the same. “The Word was God.” So they are identical.
→ The Word is the Creator. “He was in the beginning with God. All things were made through Him, and without Him nothing was made that was made” (vv. 2–3).
→ The Word is life. “In Him was life, and the life was the light of men” (v. 4). He is the source of every living thing. It seems obvious the Word is God.

Verse 14 explains more: “The Word became flesh and dwelt among us.” This verse plainly tells us that, at the birth of Christ in Bethlehem, God became a man. That event is revolutionary. It is astounding. It is supernatural. It is what we call the Incarnation. God, who is a spirit no one can see, took on Himself a human nature—including a human body—and came to Earth and lived among us.

The phrase dwelt among us literally means “pitched His tent among us.” This is obviously John’s reference to the Jewish Tabernacle in the wilderness, the portable tent where God chose to reveal Himself to the people of Israel. Jesus did the same thing through His birth. He “pitched His tent” among us so He could reveal to us truth about God that we would not otherwise know.

The message of Christmas is Immanuel: “God with us.” God came to us because we could never find our way to Him. And He did so by sending His Son to Earth.
Christmas is all about God’s grace. It’s about what God has done for us that we could never have done for ourselves.

Christmas is also about God’s humility. We can’t begin to fathom what took place when the all-glorious, all-powerful, perfect, majestic, sovereign, eternal God of the ages allowed Himself to take on the weaknesses, limitations, and frailties of our humanity.

Christmas revolves around the supernatural. And if we reduce this celebration to an ordinary holiday that involves nothing more than giving each other gifts, we miss the greatest gift ever given: the Lord Jesus Christ Himself. 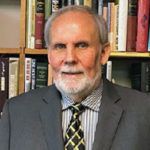 Every December, my husband and I try to go to Disney World for a few days to attend the Candlelight Processional at the America Gardens Theater in Epcot. Tom likes Disney World because he says it’s the only place where he...

The beat goes on as the Arabs pick up where the Ammonites left off. Have you ever read a Scripture verse you had read many times before, but suddenly it seemed brand new to you? I have. I call it a Wow! moment. My most recent Wow! moment came after reading Judges 11: “And the...

Even the most unlikely situation can become a vehicle for God’s grace, as it did with Tamar. The story of Tamar as recorded in Genesis 38 is both sordid and tragic. Many readers consider the narrative indecent, and some even suggest it should never...

How the great faith of a Canaanite woman saved both her and her entire family. Few people hang skeletons on their front doors. But that’s exactly what the New Testament does. The book of Matthew opens with the genealogy of Jesus, which includes...

On the Judah Road

Sometimes we make one decision that changes our lives forever. That’s what Ruth did, and God blessed her. I’d like to tell you about a girl who grew up 30 centuries ago and made a decision so momentous it not only secured her place in history but...

The Making of a Miracle

My wife made a casual remark last Christmas that has stuck with me. We were thinking about all of the family members we were expecting on Christmas day and all of the presents we needed...