The Purpose of Israel’s Stumble

When Frederick the Great, King of Prussia, asked his chaplain to give him the strongest evidence for the Christian faith, his chaplain’s reply was, “Israel!” Long after other great civilizations have expired, the Jewish people stand as a testimony to the trustworthiness of God’s Word.

Throughout biblical history, God promised the Hebrew nation that He would preserve them forever. Yet, in Paul’s day there was a growing concern that God had rejected Israel due to her rejection of Jesus as Messiah. A predominantly Gentile church indicated that, in some sense, God had set Israel aside while He established His church. In Romans 11:11-15, the Apostle Paul explained that, far from frustrating God’s promises to Israel, the nation’s unbelief had resulted in the fulfillment of God’s redemptive plan for mankind.

Paul began this section with a penetrating question, “I say, then, Have they stumbled that they should fall?” (v.11a). Paul had previously asserted that Israel’s rejection of Jesus was like a person stumbling (v. 9). Now he asked why they stumbled. Did they stumble beyond recovery? Did israel stumble with such a crash that they would never be able to get up again?

Paul asked if God’s purpose in allowing Israel to stumble was to permanently remove the nation from the place of blessing. The answer was immediately given – “God forbid” (v. 11b). Using himself as a prime example of a believing Jew, Paul had already established the fact that God was not finished with Israel (cf. 11:1). He would continue to work through a believing remnant (cf. 11:5) and would someday bring the nation to faith in Christ (cf. 11:26). Nationally, Israel has been temporarily set aside during the church age.

The issue that the apostle raised was this: If Israel’s rejection of Christ did not result in God’s permanent rejection of them, why then did God permit such wide scale Jewish unbelief? What divine purposes could be served by the stumbling of Israel?

Jesus predicted that Israel’s rejection of Him as Messiah would result in the salvation of the Gentiles. He said, “Therefore say I unto you, The kingdom of God shall be taken from you, and given to a nation bringing forth the fruits of it” (Mat. 21:43). On the day of Pentecost (Acts 2), the church was formed. At that time, God temporarily set Israel aside, as His program now turned to calling out a remnant of Jews and a large number of Gentiles to form His body, the church.

Those who believe that God is finished with Israel fail to comprehend that for two thousand years, God has used their sin to reach Gentiles and to build Christ’s church. The predominantly  Gentile church of today gives evidence to God’s sovereignty in fulfilling His purposes through the disobedience of Israel.

God did not temporarily set Israel aside to abandon them but, rather, to save them. Paul wrote, “through their fall salvation is come unto the Gentiles, to provoke them to jealousy” (v. 11c). The conversion of Gentiles during the church age is designed to stir the Jewish people to jealousy so that they will desire what Gentile Christians have and turn to the Lord.

There is a day coming in which the nation of Israel will finally realize that Gentiles are enjoying the blessings of salvation they (Israel) rejected. This will, in turn, provoke them to a jealousy that will result in their embracing Jesus as Messiah.

In addition to the salvation of Gentiles and Jews, God will sovereignly use the fall of Israel to bless the world. Paul wrote, “Now if the fall of them be the riches of the world, and the diminishing of them the riches of the Gentiles, how much more their fullness?” (V. 12). If Israel’s loss is the gain of the Gentiles, then what riches are in store for the whole world when God restores the Jewish nation to her position of privilege?

The riches Paul referred to are the blessings the world will experience during the Millennial Kingdom after the Jewish nation turns to Christ (cf. Rom. 11:26). At that time, the curse will be lifted, paradise will be regained, the animal kingdom will be at peace, the Lord will reign out of Jerusalem, the Old Testament saints will be resurrected, the Shekinah glory will once again fill the Temple, Satan will be bound, Israel and the Church will reign with Christ, and peace, joy, and righteousness will prevail (cf, Isa. 11; Rev. 20-22).

Even though the church at Rome was predominantly Gentile in nature and Paul was the apostle to the Gentiles, much of his epistle was devoted to the welfare of Israel. Some members of the church apparently saw this as an inconsistency in the apostle’s ministry. However, Paul’s ardent interest in Israel was consistent with his apostleship to the Gentiles. He explained by writing, “for I speak to you Gentiles, inasmuch as I am the apostle of the Gentiles, I magnify mine office” (v. 13). Throughout his ministry, Paul often affirmed the fact that God had called him to be the apostle to the Gentiles (cf. Gal. 1:15-16; Eph. 3:8; 1 Tim. 2:7; 2 Tim. 4:17). He considered this office a glorious calling since it was in harmony with God’s plan to bless the world.

Paul defended his interest in Israel when he wrote, “if by any means I may provoke to jealousy them who are my flesh, and might save some of them” (v. 14). Paul saw the salvation of Gentiles as the means by which Jewish people would see their need for Jesus Christ. By observing the spiritual dynamics in the lives of Gentile Christians, some Jews would be stirred to jealousy. The sparkling testimony of godly Gentile believers serves to incite Jewish people to want the salvation that produces such a changed life.

The apostle’s approach to Jewish evangelism gives us great insight into reaching Jewish people  with the gospel. During the church age, God’s primary method for bringing Jewish people to Christ is through godly Gentile Christians. From a human perspective, I came to Christ because a Gentile believer’s life was spiritually attractive. When I realized that his life was characterized by peace, joy, satisfaction, purpose, and love, I was moved to jealousy. I wanted what he had. The reality of Christ in his life revealed the emptiness of my life.

In light of Paul’s method in reaching Jewish people for the Lord, it would appear that Gentile believers make the most effective witnesses. While Hebrew Christians may be more adept at relating to their kinsmen, it is the transformed character of Gentile believers that makes the greatest impression upon an unsaved Jew. While most Jewish people look upon Hebrew Christians with suspicion, they are intrigued by the testimony of Gentiles who have come to embrace a Jewish Messiah revealed in a Jewish book.

The best way for Gentile Christians to reach out to Jewish people is to live a spiritually attractive life before them. The unsaved Jewish community should perceive Gentile believers as possessing a life worth emulating. It is harmful to the cause of Christ, however, when Gentile believers lead spiritually shallow lives. Instead of presenting a vibrant Christianity that is genuinely attractive to Jews, they are perceived as presenting a religion of hypocrisy. Far from being provoked to jealousy, an inconsistent life leads Jewish people away from the gospel. They conclude, Why should I become a Christian when my behavior is better than that of the Christians I know?

Every Christian should be interested in Jewish evangelism because it is tied together with God’s future redemptive plan. The most effective way to reach out to Jewish people with the gospel is to live a godly life before them. In addition to a verbal witness, the testimony of a spiritually attractive lifestyle speaks volumes to Jewish people. Do you lead the kind of Christian life that can provoke them to jealousy?

1 thought on “The Purpose of Israel’s Stumble” 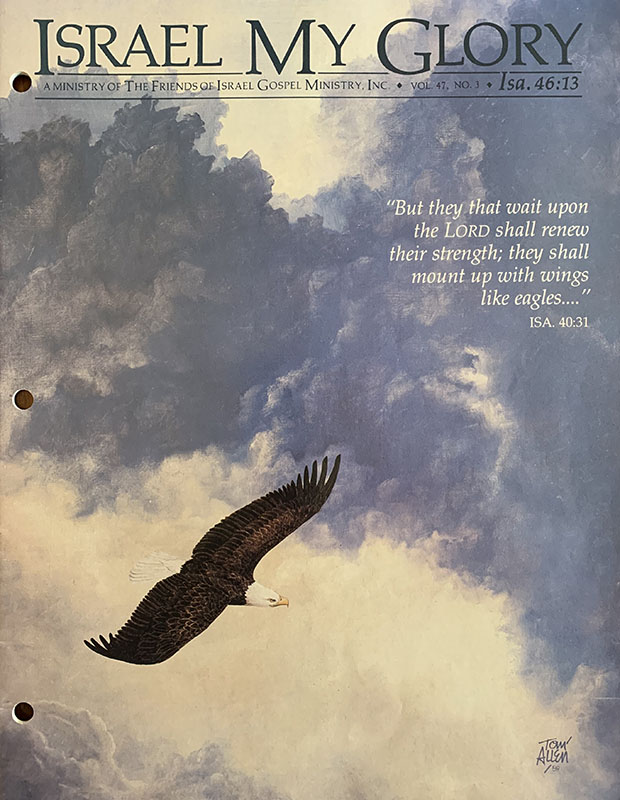