The Relationship of The Christian To Law And Grace

In addition, the fact that a person is not under the moral aspect of the Mosaic Law does not mean that that person is unrelat­ed to the eternal, unchangeable, moral absolutes of God. Although the Mosaic Law did present the eternal, unchange­able, moral absolutes of God, it was only one way of God administering His moral absolutes to one group of people (the nation of Israel) during one period of history (from God’s meeting with Israel at Mount Sinai to the cross of Jesus Christ) [Dt 4:8-14; 5:1-22; Gal. 3:19, 23-25].

In light of what has been seen, the Dispensational position prompts two sig­nificant conclusions. First, freedom from the moral aspect of the Mosaic Law does not involve freedom from the eternal, unchangeable, moral absolutes of God. It only involves freedom from one way of God administering His absolutes — name­ly, the Mosaic Law way. Second, there are not just two alternatives open to the Christian — either be under the moral aspect of the Mosaic Law or be lawless. There is a third alternative — be under the grace way of God administering His eternal, unchangeable, moral absolutes, and one will not be lawless.

Evidence That The Mosaic Law Was An Indivisible Unit

Dispensational Theology bases its belief concerning the indivisible nature of the Mosaic Law upon three biblical passages. First, in Galatians 3:10 Paul wrote: “For as many as are of the works of the law are under the curse; for it is written, Cursed is everyone that continueth not in all things which are written in the book of the law, to do them.” One of the implica­tions of this statement is as follows: The person who attempted to keep the Mosaic Law was required to keep every aspect of the Law perfectly and continuously. In other words, the Mosaic Law was an indivisible unit. The keeping of one part of it obligated a person to keep every part of it.

Third, James declared: “For whoso­ever shall keep the whole law, and yet offend in one point, he is guilty of all” (Jas. 2:10). James was asserting that the breaking of only one part of the Mosaic Law made a person guilty of breaking the entire Law. The only way that this could be true was if the Mosaic Law were an indivisible unit.

Evidence That Christians Are Not Under The Mosaic Law

In Galatians 2:19, Paul declared that he died to the Law with the purpose that he might live to God. The implication is that a believer must be separated from rela­tionship with the Mosaic Law in order to experience true spiritual life. In Galatians 3:19, he indicated that the Mosaic Law was intended to be temporary. It was to be in effect only until the first coming of Jesus Christ, Abraham’s seed. Paul en­larged this concept of the temporary na­ture of the Law by teaching that the Law functioned as a pedagogue (a moral re­strainer or disciplinarian) only until the faith, which came through Jesus Christ’s earthly ministry, arrived. Once that faith arrived, believers were not under the pedagogue (the Law) [Gal. 3:23-25].

Paul declared that the Mosaic Law was abolished by Jesus Christ through His physical death on the cross (Eph. 2:15 16). The word translated “abolished” meant “to put out of business” or “to dissolve business relationships.”2  The idea behind this declaration is as follows: From the time that God met with Israel at Mount Sinai to the time of Christs death on the cross. God employed the Mosaic Law as His way of administering His moral absolutes over Israel. But when Christ died, God stopped employing the Mosaic Law; He dissolved His relationship with it; He put the Law out of business. Since God stopped employing the Mosaic Law as His way of administer­ing His moral absolutes over Israel when Christ died, believers since the cross have not been under the Mosaic Law even as a moral rule of life.

Concerning this teaching by the writer of Hebrews, F. F. Bruce declared the following:

Nor is it only the Aaronic priesthood which must be superseded. That priest­hood was instituted under the Mosaic law, and was so integral to it that a change in the priesthood carries with it inevitably a change in the law. If the Aaronic priesthood was instituted for a temporary purpose, to be brought to an end when the age of fulfillment dawned, the same must be true of the law under which that priesthood was introduced, So by his own independent line of argu­ment our author reaches the same con­clusion as Paul: the law was a temporary provision, “our tutor to bring us unto Christ… but now that faith is come, we are no longer under a tutor” (Gal. 3:24f) …. If we like, we may say that Paul has the moral law mainly in mind, whereas the author of Hebrews is concerned more with the ceremonial law — although the distinction between the oral and ceremonial law is one drawn by Chris­tian theologians, not by those who ac­cepted the whole law as the will of God, nor yet by the New Testament writers. But in principle Paul and our author are agreed that the law was a temporary dispensation of God, valid only until Christ came to inaugurate the age of perfection.4 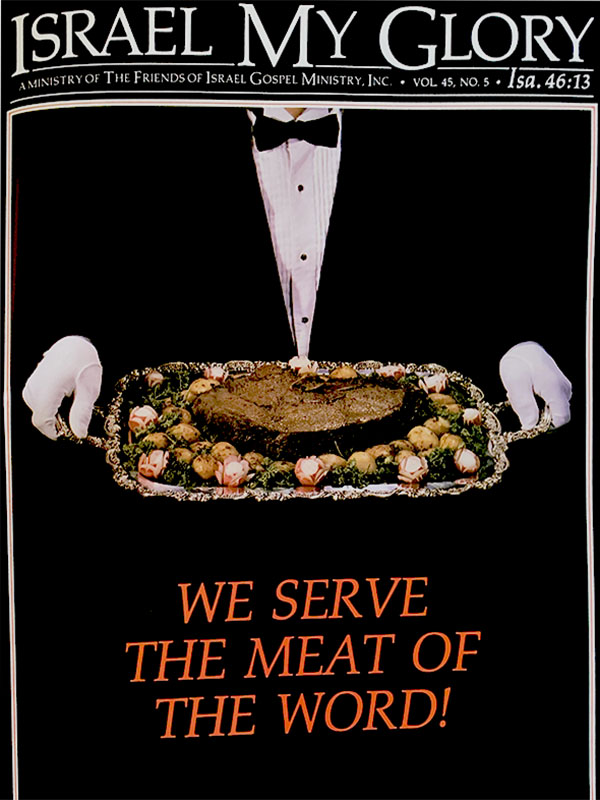