The Resurrection: Dispelling the Myths

Around the time of Christ there were dozens of Messianic movements. Each ended the same way: The leader died, often by execution, and the movement died with him.

There was only one exception. When the leader died, the movement exploded throughout the Roman Empire and today reaches almost every corner of the world. That movement, of course, is Christianity; and what makes it unique is the resurrection of Jesus Christ.

The apostle Paul wrote, “If Christ is not risen, then our preaching is empty and your faith is also empty” (1 Cor. 15:14). It is only because He arose that He broke the power of death, so those who trust in Him may have eternal life.

So certain were Christ’s followers of His resurrection that they willingly suffered torture and death, rather than renounce their faith.

Not everyone, however, believes in the resurrection. Therefore, during this Easter season, it might be good to examine the myths that have arisen and see why the resurrection of Jesus Christ is, in fact, impossible to refute.

Myth #1: Jesus Remained in the Tomb. Scripture says Mary Magdalene, Mary the mother of James, and Salome came to the tomb ”very early in the morning” and  “saw that the stone had been rolled away––for it was very large” (Mk. 16:2, 4).

The tomb was probably more like a cave. Its entrance was secured by a rock that conservative estimates say weighed between 3,000 and 4,000 pounds. It was wedged away from the door by a boulder. Because the rock was too big to push, it was set in place only when men knocked the wedge out of the way, causing the giant stone to roll into a channel carved in the earth in front of the door; and there it would remain forever.

When the women arrived, the stone had already been moved, revealing the inside of the tomb: “An angel of the Lord descended from heaven, and came and rolled back the stone” (Mt. 28:2).

The angel did not roll back the stone so Jesus could get out. He rolled it back so the women could get in and then all the people after them, enabling them to see that Jesus was not there:

Entering the tomb, they [the women] saw a young man clothed in a long white robe sitting on the right side; and they were alarmed. But he said to them, “Do not be alarmed. You seek Jesus of Nazareth, who was crucified. He is risen! He is not here. See the place where they laid Him” (Mk. 16:5–6).

“The empty tomb,” wrote J. N. D. Anderson, who was a lawyer and professor at the University of London, “stands…as an essential element in the evidence for the resurrection.” He continued,

To suggest that it was not in fact, empty at all, as some have done, seems to me ridiculous. It is a matter of history that the apostles from the very beginning made many converts in Jerusalem, hostile as it was, by proclaiming the glad news that Christ had risen from the grave—and they did it within a short walk from the sepulchre. Any one of their hearers could have visited the tomb….Is it conceivable, then, that the apostles would have had this success if the body of the one they proclaimed as risen Lord was all the time decomposing in Joseph’s tomb?1

Clearly, the tomb was empty. That fact over the centuries spawned other theories about what happened to Jesus’ body.

Myth #2: The Women Went to the Wrong Tomb. The Bible specifically says they “observed where He was laid” (Mk. 15:47). These women were so devoted to Christ that even after He died, they followed Him. They saw where Joseph of Arimathea placed His body. They knew they were at the right tomb.

Roman soldiers guarded the tomb (Mt. 27:64–66). Were they guarding the wrong tomb? Did the angel go to the wrong tomb also and roll back the wrong stone? Of course, if he did, there would have been a body in the tomb. But there was not.

The tomb belonged to Joseph of Arimathea. Obviously, he knew where it was; and he placed Jesus in it. It is highly doubtful that everyone involved would have gone to the wrong tomb.

Myth #3: Jesus Never Died. This argument, sometimes called the Swoon Theory, posits that Jesus almost died but then came to and exited the tomb under His own power.

A good reply to that myth came from a man named Charles in response to a woman who contacted him through a question-and-answer forum. “Dear Charles,” she wrote, “Our preacher said on Easter that Jesus just swooned on the cross and that His disciples nursed Him back to health. What do you think?” Signed, “Bewildered.” Here was Charles’s reply:

Dear Bewildered: Beat your preacher with a cat-of-nine tails with 39 heavy strokes, nail him to a cross, hang him in the sun for six hours, run a spear through his side,…put him in an airless tomb for 36 hours, and see what happens. Sincerely, Charles.2

Furthermore, if a Roman centurion had taken a living person off the cross, and that person survived, the soldier would have been executed. When the centurion told the Roman prefect, Pontius Pilate, that Jesus was dead, the soldier was certain He was dead. In fact, soldiers broke the legs of the men crucified with Jesus to ensure their death. When a crucified person’s legs were broken, he could no longer push himself up for air and suffocated. When the soldiers came to Jesus, they saw He was already dead; so they did not break His legs (Jn. 19:32–34).

Instead, a soldier pierced Jesus’ side with a spear, bringing a sudden flow of blood and water, indicating He had already died. But if He had not been dead, the spear would have killed Him.

According to the Swoon Theory, Jesus survived the beatings and crucifixion, including being speared by the centurion. In a swooned, or “fainted,” state, He was removed from the cross; wrapped in linens; and placed in a tomb where He remained for some 36 hours without food, water, fresh air, or medical assistance. He then came to, removed the linens, and arranged them in the same manner as they were on His body, so it appeared He had drifted through them.

Then, after all He went through, He rolled away the two-ton stone, evaded the Roman army guarding the tomb, found His disciples, and lied to them about His resurrection.

How plausible is that scenario? Not plausible at all.

Myth #4: Jesus’ Enemies Stole His Body. The last thing Jesus’ enemies wanted was for His body to disappear. That is why they asked Pilate to guard the tomb: “Therefore command that the tomb be made secure until the third day, lest His disciples come by night and steal Him away, and say to the people, ‘He has risen from the dead’” (Mt. 27:64). Had Jesus’ enemies stolen His body, they could have ended Christianity simply by producing it.

Myth #5: Jesus’ Disciples Stole His Body. How could they have done so? Roman soldiers were guarding it. The disciples were afraid of the soldiers and were in hiding until the resurrection and even afterward.

Here is a better question: Why would they steal the body and then insist Jesus rose from the dead, considering the consequences they would face? Scripture, in fact, teaches they did not believe the women who said Jesus was not in the tomb. They thought He was still dead:

And their words seemed to them like idle tales, and they did not believe them. But Peter arose and ran to the tomb; and stooping down, he saw the linen cloths lying by themselves; and he departed, marveling to himself at what had happened (Lk. 24:11–12).

Now when He rose early on the first day of the week, He appeared first to Mary Magdalene (Mk. 16:9). After that, He appeared in another form to two of them as they walked and went into the country (v. 12). Later He appeared to the eleven as they sat at the table (v. 14). Jesus then came and took the bread and gave it to them, and likewise the fish. This is now the third time Jesus showed Himself to His disciples after He was raised from the dead (Jn. 21:13–14).

We serve a living Savior who died, rose from the dead, and one day will return.

Galatians 2:20 says, “I have been crucified with Christ; it is no longer I who live, but Christ lives in me; and the life which I now live in the flesh I live by faith in the Son of God, who loved me and gave Himself for me.”

The most convincing proof today for those who do not believe is to see Jesus Christ living His life through people who belong to Him. 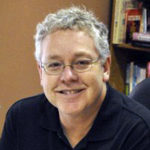 In November 1980, Ronald Wilson Reagan became the oldest man ever elected to the office of president of the United States. He brought to the White House experience garnered...

With Passover beginning at sundown on April 14, grocery stores are stocking up on kosher items. Kosher literally means “fit and suitable,” and the laws of kashrut tell...

The Road to the Cross

Are you ever tempted to doubt God’s love for you? Perhaps you’ve lost a loved one, heard bad news from your doctor, or face some nagging temptation yet again. “God,” you agonize...

The Resurrection: Dispelling the Myths

Around the time of Christ there were dozens of Messianic movements. Each ended the same way: The leader died, often by execution, and the movement died...