These Are the Twelve Tribes of Israel

All these are the twelve tribes of Israel: and this is that which their father spoke unto them, and blessed them; every one, according to his blessing, he blessed them. Genesis 49:28

In the foregoing articles an attempt has been made to study the historical development of each tribe of Israel, utilizing the series of prophecies uttered by Jacob on his sons in Genesis 49. The amazing agreement that has been noticed between prophecy and fulfillment can only indicate that the divine mind was behind these words uttered by the dying patriarch in the presence of his twelve sons. There are a few biblical passages, however, in which the tribes are viewed as an entire unit and not as individual groups. These Scriptures require some comment. Furthermore, a brief examination of the many Jewish legends that became attached to the tribes should provide an interesting conclusion to our consideration of these twelve sons and their descendants.

The Ephod and the Breastplate

The garments of the Israelite high priest are described in detail in Exodus 28. Among those garments were an ephod and a breastplate. The twelve tribes of Israel were associated in a special way with both of these items.

The ephod was a cloth garment that covered the front and back while hanging over the shoulders. Fastened to the shoulder pieces of the ephod and placed in gold settings were two onyx stones. On each of the stones were engraved “the names of the children of Israel: Six of their names on one stone, and the other six names of the rest on the other stone, according to their birth (Ex, 28:9-10). Thus, on one onyx stone were engraved the names of Reuben, Simeon, Levi, Judah, Issachar and Zebulun, while on the other stone were inscribed the names of Dan, Naphtali, Gad, Asher, Joseph and Benjamin. Notice that the order of their names is different than that of the prophecies in Genesis 49, where the sequence was determined by their respective mothers, not by the order of their births.

It is stated clearly that the purpose of the location on the onyx stones was so that “Aaron shall bear their names before the Lord upon his two shoulders for a memorial” (Ex. 28:12). Thus, the high priest represented all Israel when he ministered in the Tabernacle, particularly when he entered the Holy of Holies on Yom Kippur, the Day of Atonement (see Lev. 16).

A more detailed role for the tribal names is outlined with the description of the “breastplate of judgment” (Ex. 28:15-29). This seven inch square pouch, made of the same materials as the ephod, was also attached to it by four gold rings. Inside the pouch were placed two precious stones called “Urim” and “Thummim” which were used in seeking God’s will for decisions (see Lev. 8:8; Num. 27:21; Dt. 33:8; 1 Sam. 28:6). The Scriptures do not indicate exactly how the stones accomplished this, but it is probable that one stone indicated the answer of “yes” and the other “no” when pulled from the pouch at random by the high priest. Dogmatism on this point, however, should be avoided.

On the outside of the breastplate and placed in gold settings were twelve precious stones in four rows of three stones each. The order and names of the stones are listed in Exodus 28:17-20.

On each of the stones was inscribed one of the names of the tribes of Israel, presumably in the order of their births as was the case with the onyx stones on the shoulders (Ex.28:10). The layout would appear as follows:

The reason for the above order is that Hebrew was written from right to left, so it is logical that the sardius with Reuben, the first son, would begin in the upper righthand corner. Furthermore, some of the names of the stones found in the Authorized Version may be more accurately identified today than in the early seventeenth century when that excellent translation was first made. For example, Hebrew scholars suggest that the word rendered sardius was a ruby, the carbuncle was a beryl, the emerald was a turquoise, the diamond an emerald and the beryl a chrysolite. The comment of the well-known Bible commentator, George Bush, however, on the identity of the stones is most appropriate: “We are constrained to remark that after the research expended by antiquarians upon the subject much uncertainty still rests upon it. They cannot be dogmatically identified.”

What can be dogmatically affirmed is the reason why these stones engraved with the tribal names were on the breastplate. Exodus 28:29 declares, “And Aaron shall bear the names of the children of Israel in the breastplate of judgment upon his heart, when he goeth in unto the holy place, for a memorial before the Lord continually.” Thus, the nation as a whole rested on the high-priestly person and work (on his shoulders); on the other hand, he carried them individually and lovingly into God’s presence (on his heart). “For Christ is not entered into the holy places made with hands, which are the figures of the true, but into heaven itself, now to appear in the presence of God for us” (Heb. 9:24).

As the tribes of Israel departed from Mount Sinai, they were always to proceed in a definite marching order with Judah as the vanguard (Num. 10:11-36). When the tribes stopped and set up camp around their portable sanctuary, the Tabernacle, they arrayed themselves again in a definite order.

In the middle of the camp stood the Tabernacle with the priests and Levites immediately around it. On the east side of the Tabernacle, and closest to the Holy of Holies, were the tribes of Judah, Issachar and Zebulun. On the south side were Reuben, Simeon and Gad, on the west side were Ephraim, Manasseh and Benjamin, and on the north side were Dan, Asher and Naphtali.

This arrangement of Jacob’s descendants may appear at first glance to be without any purpose. Upon closer examination, however, one notices that each set of three were the nearest related by blood to each other. Since Levi was not included in the four sets, Gad, who was born through Levi’s mother’s maid, took his place alongside Levi’s closest brothers, Simeon and Reuben.

Each set of three, furthermore, was led by the most prominent tribe of that group — Judah, Reuben, Ephraim and Dan. In three of the cases this was because the tribal founder was the oldest of the three brothers. In Ephraim’s case, however, the younger was placed ahead of his older brother, Manasseh. Thus, old Jacob’s prophecy about Ephraim being placed ahead of Manasseh was already beginning to be fulfilled (Gen. 48:19-20).

An interesting feature of this camp was that a standard or banner was placed on each of the four sides beside the prominent tribe of that triad. No further information is provided about the size, color or representation on these standards. Jewish tradition does provide a clue to how later generations of Jews viewed these standards. The Aramaic paraphrase of the Torah called Targum Jonathan and the ancient commentary on Numbers called Bemidbar Rabbah suggest that each tribe was assigned a color corresponding to the color of its respective stone in the high priest’s breastplate. Thus, the color of Issachar would be blue, because a sapphire is blue. The four standards, therefore, were composed of the colors of the three tribes of the same triad. The tradition continues that each of the four standards had a living being depicted on it Judah’s animal was a lion, Reuben’s a man, Ephraim’s an ox and Dan’s an eagle. This tradition may have been influenced by the cherubim in Ezekiel’s vision who also had four faces (Ezek. 1:10; see also Rev. 4:7). It should be emphasized that there is no solid biblical or historical basis for these descriptions of the standards. The Jewish tradition, however, does provide probably the most logical suggestion for their descriptions, particularly in the case of Judah and Ephraim (see Gen. 49:9 and Dt. 33:17).

Just as Jewish tradition can be helpful in our reflections on a biblical passage, sometimes it can be downright misleading. In the same Targum Jonathan mentioned previously is the suggestion that the twelve signs of the Zodiac correspond to the standard of the twelve tribes! Judah the lion, therefore, corresponds to Leo while Ephraim and Manasseh are Taurus the bull! It appears astounding that pagan Babylonian astrology could have penetrated in such a way into some of the ancient “holy books” of the Jews. The visitor to Israel, for example, is perplexed when he views the uncovered remains of some ancient synagogues revealing large mosaic floors emblazoned with zodiacal signs alongside each tribe! Evidently this is further evidence that the worldly influence of Hellenism had penetrated deeply into some strata of Judaism despite the clear warnings against astrology in the Hebrew Scriptures (e.g. Isa. 47:12­14).

The orderly arrangement of the stones on the high priest’s breastplate as well as the ordered array of Israel’s camp do not teach us such extreme and sensational lessons. Exodus 28 and Numbers 2, on the other hand, remind us that the ordered plan of God for His people is one that is conceived and executed by Him whose wisdom is far above the heavens. The breastplate was worn by the representative of the people — the high priest. Just as Aaron entered into the inner sanctuary with the tribal names on his breast and shoulders, so the Messiah entered once into the Holy Place with His own blood which He had shed for all those who trust Him and are part of His eternal purpose (Heb. 9:11-12). Just as the sanctuary, God’s dwelling place, was in the center of the Israelite camp, so the Lord dwells today spiritually in the midst of His people all of whom are individually joined together collectively as part of His eternal and spiritual temple.

“Oh, the depth of the riches both of the wisdom and knowledge of God! How unsearchable are his judgments, and his ways past finding out!” (Rom. 11:33).

A BANNER WAS PLACED ON EACH OF THE FOUR SIDES BESIDE THE PROMINENT TRIBE OF THAT TRIAD. (graphic) 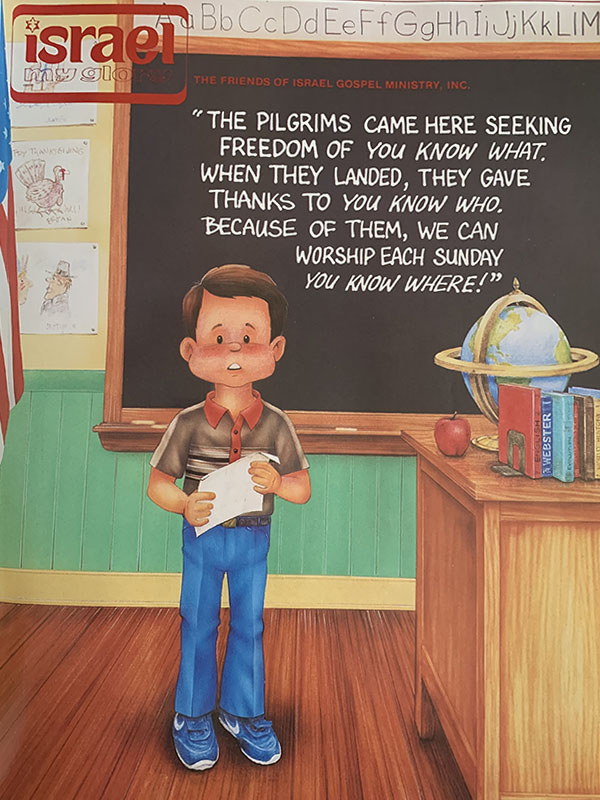