Anyone visiting the Dead Sea region in Israel is struck by the intensity of the heat. Hundreds of years of neglect by Gentile powers made much of the territory look something like a moonscape. Certainly the Judean Hills fit that description.

So it is that the extraordinary reclamation project undertaken by Jewish immigrants in the last century has transformed the land, a fulfillment of biblical prophecy to the discerning observer.

For example, a grove of palm trees snakes around the Dead Sea on either side of the highway. This compelling sight is due to Israeli innovation in agriculture. Specifically, drip irrigation has caused the desert to bloom.

Stories about such innovations are the hallmark of the uncommon work done by the staff at Untold News (untoldnews.org). The New York-based group collects positive stories about the Jewish state, running the gamut from advances in medicine to agriculture to technology.

In short, Israel is not the pariah state much of the world’s media and detractors claim it to be. In fact, Israel makes the world a better place.

Marcella Rosen, founder of Untold News, described what she’s found with regard to the “real” Israel:

“While the world’s attention has for decades been focused on one single dimension of Israeli life, something entirely different has been taking place away from the cameras: Israel has quietly become the little country that changed the world—and your life—for the better…without you even knowing it.”

Rosen saw with her own eyes the startling contrast between the real Israel and the one presented by critics. “I had something of an epiphany on one of my earliest trips to Israel,” she said.

“I was there on business; and in the course of my travels around the country, I had come into contact with a number of people who were embarking on entrepreneurial ventures of one kind or another—none connected to each other, nor even in related areas of business.

“It happened that one such meeting required me to take a road trip with an Israeli colleague. As we motored along the highway, I looked out one window at a vast and barren desert: Jordan. I looked out the opposite window at green, productive farmland that stretched to the horizon: Israel.”

Untold News catalogs stories of Israeli innovation. And the impressiveness of the list of breakthroughs that elevate the quality of life for everyone should astonish even Israel’s critics.

Yossi Fisher, CEO of Solaris Synergy, implemented an idea that makes solar energy more practical. Scientists at Solaris, a developer of solar panels, realized the chief problem associated with the panels (so effective in providing electricity to millions) is that they require the use of a lot of land. Enter Fisher’s innovation: floating solar panels, taking up space in bodies of water.

As Rosen wrote in her book, Tiny Dynamo, Fisher and his team worked until they had solved a problem.

Mr. Fisher and his partners realized that there are plenty of unused acres around the world where solar systems can be deployed: the planet is home to millions of small, medium and large bodies of water that are perfectly suited to host solar arrays. Installations from water treatment facilities to utilities, fish farms to reservoirs, maintain bodies of water that can do double duty as solar sites. And that’s just one story provided by Untold News. Israeli genius is put to great, practical use in the medical field, as well.

An 8-month-old Palestinian child, born with a hole in her heart, was treated using Israel’s deluxe techniques. The child’s life was saved when a procedure was performed, and an Israeli charity provided the funds. Further, Israeli doctors also provide life-saving treatment even for terrorists, Rosen explained.

The morality inherent in this tiny dynamo nation is astonishing—especially since Israel is also forced to deal with terrorism on an ongoing basis. Yet this doesn’t prevent the Israelis from springing into action when natural disasters occur anywhere in the world.

Such stories leap off the pages of Tiny Dynamo and the Untold News website. In fact, pro-Israel activists around the world, especially Christian Zionists, are using the information provided by Untold News to better advocate for Israel.

“I was so moved by the stories of how this little, often-besieged country makes the world a better place,” said Miriam Smyth, a Christian who lives near London, England. “I’ve used this book [Tiny Dynamo] in my efforts to combat the horrid media portrayals of Israel. I’ve found it to be invaluable.”

Rosen is so enthused by the response to the work of Untold News that she feels this is only the beginning. “We now have over 320,000 ‘likes’ on Facebook, and the overall response has eclipsed what I’d hoped we would be able to achieve.”

Indeed, with some good news finally entering the arena, perhaps younger generations, committed to reconciliation and building a more positive world, will begin to see Israel in a new light. 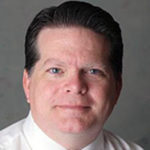 Going to church with my family is among my favorite things to do. So when I visited one of my daughters a while ago, I was thrilled to go to church with her and her family.

On the cusp of a national election, the air is filled with promises. But when the election cycle ends and the ballots are tallied, we learn which promises have a shot at being kept...

This year campuses across America held their 10th annual Israeli Apartheid Week (IAW). As the name suggests, the protest organizers aim to equate the government of Israel with...

Since Israel’s rebirth as a nation, violence against the Jewish people living in the land has continued with barely a lull. Israelis have lived through three wars of survival, two intifadas...

Naim Ateek is not a large man. He is slender, around 5 feet 7 inches tall, with white hair and a self-effacing, gentle look about him. He is not loud or aggressive, and he would...

The “empire” is dying, according to Phyllis Bennis. When Bennis says “empire,” she is not referring to the massive Roman Empire that once ruled Europe and the Middle East...