Up Close Among Suffering Nigerians

When I asked why, the agent explained: “On the questionnaire, your answer about travel said you are going to Nigeria. That’s not considered a safe place right now. If you want to reapply after your trip, you can call me back then.”

As I hung up the phone, I remembered the waiver the mission organization had asked me to sign. It read, in part,

The current situation in Nigeria is one of ongoing terrorist acts against Christians….We cannot guarantee anyone’s personal safety. The risks are real and serious. Please print your name and sign below that you have read and understood this warning and are coming to Nigeria fully informed…of the risks to your personal safety.

I wondered about the wisdom of the trip I was planning. What would my wife and my church think? We had heard that more than 1,000 Nigerians had died for Christ in 2012 and early 2013. Almost immediately, it was as if the Lord said, “Your missionary friends serve in Nigeria full time. Your Nigerian brothers and sisters live with such threats constantly. Surely, you can face some risk for 17 days.” I knew I could not let fear overtake me.

Today, remembering that July 2013 visit, I am so glad I made the trip. I went to encourage suﬀering Christians there. But God used them to encourage me.

Out of My Comfort Zone
The ﬂight was tiring but good. The provost of the seminary where I would teach met a colleague and me at the airport in Abuja, the capital. The drive north to the school was three hours. Due to the dangers of traveling after dark, the driver hurried to arrive before sundown.

The next day was Sunday, and I attended the service at the Chapel Church on campus. The guest speaker was a Hausa pastor from farther north, where terrorist activity was strong. His message on the church at Ephesus from Revelation 2 explained that first-century Christians who refused to acknowledge Caesar as Lord were martyred.

“A true Christian is willing to die for Christ,” he declared.

If I had preached that message back home, people may have nodded— or yawned. Here, the mood was blood earnest since everyone knew that this pastor or members of his church could be the next to be killed for our Lord.

On Monday I was excited to finally meet my morning class: 31 eager students in Homiletics Practicum, the art of expository preaching. Most were already pastoring, and some traveled great distances for this summer module.

After three hours of teaching, it was time for chapel. It was prayer chapel, and one of the prayer requests was for the families of 26 students at another school who had just been killed.

Boko Haram terrorists had set fire to a dormitory and shot the Christian students as they evacuated. The prayers were heartfelt, recognized Jesus as Lord of the universe, and included requests for the salvation of the perpetrators.

I knew my wife probably heard about the murders, and it was important to email home that we were safe. I found Internet access and did so as soon as my afternoon Bible Study Methods class ended. My wife was grateful because she had heard on the radio about the killings at a Nigerian Christian school.

Another day in chapel, the assistant provost made a special announcement about parking for the few students who drove. “Yesterday, someone parked by the gate. You must park only in designated places because of terrorism,” he stated. Car bombings are frequent in Nigeria.

Committed Christianity
In so many ways, I was impressed by the dedication to Christ that living under persecution brings. The most frequent topic selected for practice sermons in homiletics workshops was how to face suﬀering and be true to Christ in the face of hardship.

I was also struck by the seriousness of the prayer requests. One student shared that he pastored farther north, where the local government was Muslim. He and the other Christian pastors in the area were told to pay a fine amounting to tens of thousands of dollars or their churches would be demolished. He asked prayer for wisdom about whether to borrow the money.

A young man in Bible Study Methods class was a public school teacher. He so longed to learn the Bible that he decided to attend summer school even though authorities warned him that if he went to the seminary, he would have no job when he returned. I felt unworthy to be teaching such dedicated students.

Despite persecution, the students and faculty displayed the joy and love of the Lord. They seemed genuinely encouraged by my coming. Each class gave me a full set of Nigerian clothes. Someone commented, “If I go to your country, I am called an African American. But if you come here and wear our clothes, you are an American African.”

Biblical Christianity
On the second Sunday, a Nigerian faculty member took me to a church half an hour from campus. The church met at the Widow’s School. I learned that widows in Nigeria often find themselves without resources or livelihood, as the husband’s family frequently confiscates their belongings.

So the churches started a boarding school where widows and their children can live and be lovingly trained in marketable skills while getting back on their feet.

On the way to church, the young Ph.D. Old Testament professor asked me if I knew why Islam is so angry in Nigeria. “I would like to know,” I replied.

He explained that Christianity there is mostly biblically conservative and extremely evangelistic. “One hundred years ago,” he said, “there were almost no Christians in Nigeria. Today, the Christians outnumber the Muslims, with more Muslims turning to Christ all the time. They have no answer but terrorism, yet Christianity keeps on growing.”

I was also impressed with the thoughtful and sacrificial response of many Christians to the violence around them. It was a privilege to meet seminary Provost Dr. Sunday Agang, who has written extensively about living with violent persecution. He explained that some Christians see no recourse than to turn the other cheek, while others have begun to strike back.

Dr. Agang has lost loved ones to the violence; but he has also started a peacemaking relief organization that helps both Christian and Muslim widows and truly models overcoming evil with good (cf. Rom. 12:21).

Unforgettable
Due to my teaching schedule, I did not have much time for travel. However, I did get to visit Jos, a city where hundreds of Christians have been martyred in recent years. I also traveled through another village and saw burned-out houses. A few months before, Muslims were displeased by the outcome of a local election. So they went to a nearby mosque, armed themselves with weapons stored there, threw fire bombs at Christian homes, and began shooting everyone who tried to ﬂee.

If we in the United States say we are not suﬀering, we speak as those who have forgotten our oneness with the body of Christ worldwide: “The members should have the same care for one another. And if one member suﬀers, all the members suﬀer with it” (1 Cor. 12:25–26).

Boko Haram killed 1,783 of our brethren in Nigeria in 2013 and another 1,631 in the first six months of 2014, according to International Christian Concern.

The visit to Nigeria took me out of my comfort zone, but I am forever grateful for the privilege of meeting precious members of Christ’s body there. I was humbled and inspired by their joyful commitment and how they live out biblical Christianity in the midst of deep affliction.

We need to learn from them. And we need to pray more earnestly for them. 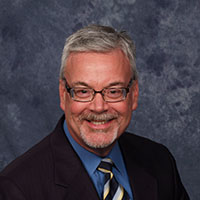 Mark Johnson is the pastor of Independent Bible Church of Martinsburg, West Virginia.

I don’t often read fiction (unless it masquerades as news about Israel). But when Dan Brown’s The Da Vinci Code came out in 2003, I decided to pick up a copy and see what all...

Meet Me at the Manger

Nestled in the terraced Shepherds’ Fields on the approach to Bethlehem is a cave. I expect it is merely one of many where shepherds and townsfolk of bygone days found...

Bertrand Russell was a 20th-century British philosopher and logician who rejected the idea of absolute truth. In his famous 1927 essay “Why I Am Not a Christian,” Russell wrote...

More Than a Prophet

Many people believe Jesus was a good man and a prophet. Some will even admit He was the Son of God who came to Earth. But tell them Jesus was God Himself who appeared...

Messianic fervor hit a high throughout the Orthodox Jewish world in the early 1990s. Banners trumpeted messages like “Messiah Is Coming,” “We Want Messiah Now,” and...

A Heart for Our Needs

Charles Haddon Spurgeon, a 19th-century, British Baptist preacher, opened his great Christmas Eve sermon published in 1914 with these words: “He was moved with compassion...