The Prophet Zechariah had been sent to the Jewish people who had returned from the Babylonian captivity. They had experienced few blessings and had known no victory for a long time. Their numbers were few, their spirits were down, but the Lord promised He would remember them.

Promises! Promises! Promises! Is that all they had? He had promised a rebuilt Temple, but all they had were empty foundations. He promised a Messiah would come, but they read that He would be smitten and die. He promised deliverance, but they had not experienced it. They had also learned that things would only get worse. They listened with unbelief as the prophet explained how two-thirds of the Jews in the land would die, while even the remainder would go through the fires of testing.

Would God ever really remember His people Israel? Zechariah 14 answers that question.

The Fall of Jerusalem

The Word promises that as the Jews return to their land, the armies of the world will converge on them in what is described as Armageddon. Chapter fourteen picks up the scene at the crescendo of the battle, when the outlook for Israel is absolutely hopeless. The peak of “Jacob’s trouble” is upon the nation. There is no one on earth to whom she can look for help. Her only hope is to look Heavenward.

In verses 1 and 2, Israel will reach the lowest depths of her long history. The nations will have so defeated God’s people that instead of hauling off their booty, they will feel safe enough to sit right out in the open and divide the spoils. The conquerors will also take unusual liberties. They will rob the homes. They will repeatedly rape the Jewish women. One-half of the people will be carried away captive, while the other half will face the personal vendetta of these satanically crazed troops.

The hour will be dark, the darkest in the history of the Jew. Hope will be gone. But just as the darkest part of night comes just before dawn, so it will be here.

The Fight by the Lord

As the situation reaches the final moment of desperation, many promises to Israel will come together. The Lord will come and fight against this multitude of nations on behalf of His people. The beloved Apostle John caught a glimpse of this in Revelation 19:11-21. With glistening sword flashing in the brightness of His return, He will defeat the armies gathered against Jerusalem.

God demonstrates another fulfillment of His promises in that the Messiah-Jesus will return to the Mount of Olives. The planting of His feet there indicates His physical, literal return to the earth. At that point, the beginning of some topographical changes start to take place. The mountain splits in two so that the Jewish people can flee to safety. Then, just as He defeated the Egyptians at the Red Sea, so He will rout the armies gathered against Israel.

The Flight of the People

In verse 5, the Lord gives us the details of the flight of the Jewish refugees. Apparently, the valley will be opened by a powerful supernatural earthquake. Zechariah describes it by reminding them of a terrible earthquake in the days of Uzziah. Though only mentioned in the Scriptures once (Amos 1:1), the people were probably familiar with it. However, John records an earthquake still future, and at the approximate time when Zechariah 14 will be fulfilled. “And there were voices, and thunders, and lightnings; and there was a great earthquake, such as was not since men were upon the earth, so mighty an earthquake, and so great” (Rev. 16:18).

The Failure of the Luminaries

Not only will there be changes on earth, but the heavens will also be affected. Joel, Isaiah, Matthew, Mark and Revelation speak of darkness preceding the coming of the Lord. Though verses 6 and 7 are difficult to explain in detail, it is quite apparent that they dovetail with these other Scriptures. The earth will be darkened so that every eye will be totally focused upon the returning Shekinah glory of God in the person of His Son, Jesus Christ.

The Flow of Living Waters

This will be real water. It will be a constant flow, gushing forth year round. The desert will bloom. There will never be an insufficiency of supply. All this will happen at the return of the One who claimed to be the “living water” (Jn. 4:10, 11, 13-15).

There is, however, a deeper spiritual meaning. Jeremiah brings it out so clearly. “For my people have committed two evils: they have forsaken me, the fountain of living waters, and hewed out cisterns, broken cisterns, that can hold no water” (2:13);  “O Lord, the hope of Israel, all who forsake thee shall be ashamed, and they who depart from me shall be written in the earth, because they have forsaken the Lord, the fountain of living waters” (17:13).

For centuries the Jew has been wrapped up in tradition, rather than turning to the living waters. When Israel finally turns to these living waters, her Messiah, she will experience the blessings the Lord has sought to pour out on her for centuries. No, God has not forgotten Israel.

As far back as one thousand years before Christ, God promised an everlasting kingdom, an everlasting throne and an everlasting king. The promised king was to come from the line of David. He would not only reign over Israel, but the entire earth. But had not Jesus, who claimed to be that promised Messiah, come? He had offered a kingdom to Israel, but her leaders refused both it and Him. With wicked hands they crucified Him. How could this promise still be fulfilled?

God keeps His promises. For the rejection of the Messiah-King, Jesus, Israel would become a scattered people, downtrodden by the nations for centuries. But God still remembers His Word and His people. When the situation reaches its climax, He will return and fight for His people, and this time He will be received as King. Having put down the armies of the earth with supernatural power, He will be crowned as King of the entire earth. This One will be earth’s final and absolute Sovereign.

Not only will He be King of kings, all-powerful, fulfilling the Davidic covenant, but the entire earth will look to Him as Lord. All other gods will be gone. Ruling from Jerusalem, the world will see that God keeps His promises.

The Topography of the Land Will be Changed

Perhaps as the result of the earthquake mentioned earlier, or by some other supernatural means, there will be a complete geographical upheaval in Jerusalem and the surrounding area. Two major changes are noted here in the Scripture.

First, all the Judean hills will be flattened. Those barren, rocky, desert-like hills will be lowered into beautiful level terrain. The boundaries of this new plateau are given. Geba is approximately six miles northeast of Jerusalem, while Rimmon is about thirty-three miles southwest of Jerusalem.

Secondly, and that which is being focused on here, is that the city of Jerusalem will be elevated. For miles around, everyone who looks will see Jerusalem lifted up. It will no longer have the paltry dimensions of Zechariah’s day. It will be the center of the earth. All eyes will be turned to her, for the King and Lord will be there. The city will have an eminent position above all the cities of the world. As the King and Lord is crowned, she will be promoted to the position of capital of the entire earth. What a glorious day for a city that has known such strife and turmoil throughout the centuries of her history.

Safety in the City

For centuries, peace has eluded the “city of peace.” Kings, statesmen, nations and soldiers have tried to make peace for her inhabitants, but to no avail. Conquered by her many foes, besieged by the enemy so often, her people have wanted and sought for peace, but without success.

Finally, when Messiah will come and establish His rule, the city will experience that for which she so long has sought, that lasting peace. This time it will not be the short-lived one provided by the Antichrist during the Tribulation. No one will ever be able to bring trouble again.

THE INFLICTION OF A DIVINE PLAGUE

The Lord not only promises that elusive peace to Jerusalem, but that He will bring divine judgment upon her enemies. Sudden affliction will come to them. While the soldiers are standing, their very flesh will rot. It will decay before their bodies fall to the ground. Especially noted for destruction are the eyes that sought out God’s people to kill them during that last mighty, all-engulfing wave of worldwide anti-Semitism. The very tongues that blasphemed God will be consumed.

THE INFLICTION OF DIVINE CONFUSION

The enemy will also face utter confusion. Perhaps the plague will bring on this consternation. Pandemonium will break loose. They will kill one another. This method of judgment is not new to the Word of God. Gideon and his three hundred won a great victory using only pitchers and trumpets. In total disarray, his enemies destroyed themselves. And so, God will use this weapon once again.

The Worship of the Nations

When the battle is won and Christ is crowned King, there will be multitudes of people from many nations that will seek to obey the Lord. A great throng will travel to Jerusalem from year to year to worship the King. Especially predominant will be the celebration of the Feast of Tabernacles. It is the last feast of the Jewish calendar year (Lev. 23). It pictures the Millennial reign of Christ. Even the disciples understood this to be so. As Jesus was transfigured before three of them (Mt. 17), they wanted to build three booths, signifying that Jesus was going to tabernacle or dwell with them permanently at that time. This was not the case. This feast will not be fulfilled until Christ returns to the earth. Then, with Him present on the earth, the Feast of Tabernacles will be fulfilled. It will be celebrated to remind the people of the earth that God is here, in the person of Christ, dwelling with man.

The Refusal to Worship

Refusing to worship the Lord will be tantamount to spiritual suicide. Should a family fail to worship Christ, all kinds of problems will follow. First, they will experience no rain. In an agricultural economy, this is a terrible disaster. Their livelihood will be gone. Secondly, they will be subject to plague. Possibly it will be the same kind of plague that will afflict those armies gathered against Israel.

The Relegation of the Common to Praise the Lord

The Lord never forgets details. The common tinkling bell upon the horse will be engraved, “Holiness unto the Lord.” Even the cooking pots in the kitchen will speak of His holiness. The Canaanite, which speaks of other religions, will be cast out. Israel will truly be “The Holy Land.”

Zechariah began his ministry to a disillusioned and discouraged group of Jews. They had returned from the Babylonian captivity, only to find that seemingly everything had gone wrong. The Lord gave visions, prophecies and promises to His prophet, Zechariah, to encourage these people. Through the Lord’s message, he taught the people that the Lord would bless in their lifetime. Jerusalem would be spared and the Temple would be rebuilt. But, best of all, there would be a great future for Jerusalem when Christ would return. God will yet remember His people. The very name of the Prophet Zechariah means, “God Remembers.” 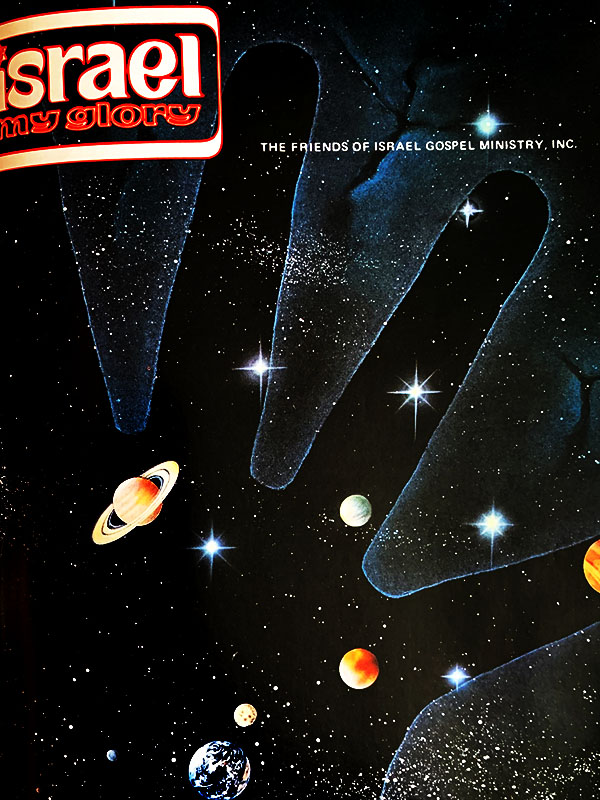