Will the Emergent Church Submerge Yours?

A not-so-funny thing happened on the way to the 21st century. In the late 20th century, certain leaders came out stating that we needed a “new way of doing church.” That old-time religion wasn’t good enough. So in came new gimmicks, replacing the solid gospel. We have seen the rise of the “seeker-sensitive” church movement that offends no one. The “religious left” has become more prominent, promoting its social gospel. And now there is the Emergent Church.

If you ask nine out of 10 Christians just what is this Emergent or Emerging Church, they will likely be clueless. Nonetheless, it is devouring entire denominations and churches that were once solid.

So what is this phenomenon all about? First, it is mystical. It draws on things that the “ancient desert fathers” embraced, such as contemplative prayer, breath prayers, walking the maze known as the labyrinth, and yoga—all to get closer to God. Some of their practices send one into an altered state of consciousness. Emergents really are not interested in doctrine; rather, they want things you can feel, touch, and smell, such as incense and icons.

This movement reinvents Christianity. It takes your eyes off the cross and has you focus on experience. Scripture is no longer the authority. There are no absolutes, even in the Bible. Emergents will state that, in order to take the world and church forward, we must go backward in church history and embrace even Catholic beliefs. Their doctrine is actually closer to Buddhism, Hinduism, and New Age than it is to traditional Christianity.

Hell, sin, and repentance are down-played so that no one is offended. Besides, they will tell you there aren’t enough absolutes even to talk about hell, sin, and heaven.

Emergents say they are trying to provide “meaning for this generation.” What does that mean? In the late 20th century a burden arose to reach the post-modern generation. Get to know the term postmodern! It is used to describe the under-age-30 generation. And in order to reach these people, emergents say, old traditions had to be tossed.

To the postmoderns, a solid gospel message is too dogmatic and arrogant. Emergents would say that a more moderate gospel had to be invented to be accepted by the masses within this younger generation.

Unfortunately, the gimmicks they chose to do this are more in line with divination than anything else.

And what about their eschatology?What about Israel? In that the social gospel is their focus, they would be more in line with “Kingdom now” theology of “making the world per-fect.” They don’t take any eschatology (doctrine of future things, prophecy) in the Bible literally but, rather, allegorically. Israel would rate with your average banana republic. The emphasis is on the Kingdom of God now and not on Scripture’s warnings about the imminent return of Christ and a coming judgment in the future.

Now we get to a major problem. These people are called evangelicals. As a matter of fact, Time called emergent leader Brian McLaren one of the top 25 evangelicals influencing the world. One of McLaren’s most recent books is titled Everything Must Change. So there you have it from a leader himself: The church must change to the modern-day culture. Old ways must be discarded, and new ways are in; but they are unsound.

Another prominent leader is Rob Bell. He is turning up in all sorts of evangelical churches with his DVDs. He has become a hot topic, one that church Bible studies gather around to examine and embrace as a cool 21st-century Christian with new ideas. The problem is, one of his many outrageous statements is, “This is not just the same old message with new methods. We’re rediscovering Christianity as an Eastern religion.”

Other prominent Emergent Church leaders include Doug Pagitt, Dan Kimball, Tony Jones, Dallas Willard, and Robert Webber. There are more, but the list is long.

Now you have some of the basics before you. Spread the word that a relatively new movement is seducing millions and that it is unsound, unbiblical, and alarming. This Emergent Church just might submerge yours!

You can’t say you weren’t warned. 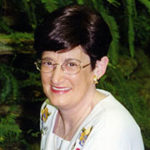 Jan Markell is the owner of Olive Tree Ministries, an author, and the host of the "Understanding the Times" radio program.

Tuning in on the Last Days

Many people today want to know if we’re living in the last days. There’s an easy way to tell. You just need to know what you’re looking for.

As Christians, we rejoice because Christ arose. But what if He had not? The world would be a different place indeed. And it’s not a pretty picture.

For a king to rule forever, He has to live forever. Faith in Messiah’s resurrection and future reign did not originate with Christianity.

Facing the Goliath of the Liberal Media Part One

Unhappy with the news media’s 2008 election coverage? Well, get ready to become unhappier after you read this!

Matzoh, matzoh, matzoh. There’s plenty of matzoh on Passover tables around the world. But something else is conspicuously absent.

Steve Herzig
Share Your Story. Has God used The Friends of Israel Gospel Ministry in your life? Share your story with us!