World Crisis and The Church

Heads swung quickly about as searching eyes swept the room. Noises rising from narrow streets crowded with religious pilgrims were suddenly inaudible before the rushing sound of a celestial wind that invaded the upper chamber. As He had promised, Jesus’ followers were treading the corridor toward another dispensation. “The day of Pentecost had fully come,” and a new era was issuing forth. These disciples would later open the door to the insistent call of a confounded multitude and begin to propagate the message of the Church Age. Theirs was to be Jehovah’s exclusive word to a crisis-laden world.

As is always the case in the economy of God, His timing was precise, His parallels perfect and His objective consummating. The day chosen for the birth of the Church was Pentecost — a day bursting with prophetic overtones.

A celebration of harvest — Pentecost was observed in early summer when much of the harvest in Israel had already been gathered. Jewish people came before the Lord at the Temple to offer fjrstfruits and recognize that it was God who had given them the bounty of the field. For the infant Church, the harvest theme would bring the words of Jesus into vivid focus. “Say not ye, There are yet four months, and then cometh harvest? behold, I say unto you, Lift up your eyes, and look on the fields; for they are white already to harvest” (Jn. 4:35). The Messiah’s call was for the Church to see through His eyes a harvest already ripened and waiting for Spirit-empowered workers to thrust in the sickle.

Giving the Law — Israel regards Pentecost as the very day on which Moses received the Law on Mount Sinai. Rabbis, after long consultation and meticulous calculation, declared Pentecost to be “The feast of the giving of the Law”. It has, consequently, endured among Jewish people as a celebration of the inception of the reign of the stern old taskmaster, the Law of Moses. How surpassingly appropriate then, that the Age of Grace was to begin on the day to be associated with the ancient debut of the Mosaic Law. The inference is unmistakable: “ . . . The law was given by Moses, but grace and truth came by Jesus Christ” (Jn. 1;17).

Two wave-loaves — Central to the offerings at Pentecost was the presentation by the temple priests of the two wave-loaves. “Ye shall bring out of your habitations two wave-Ioaves . . . baked with leaven. . . ” (Lev. 23; 17). This was, of course, a marked departure from the unleavened bread of Passover. The Church Age is a period in which two loaves, Jew and Gentile, are lifted together in Christ, our great High Priest. Yet there is still present within the redeemed remnants an admixture of the sin typified by the presence of leaven in the wave-loaves. Thus we look for perfection, not in the individuals who people the Church, but rather in Him — our Passover ~ who is without spot or blemish.

Strangers in the home — During Pentecost Jews were to entertain, at a festive meal, the stranger, the poor and the Levite in their homes as welcomed guests. How strikingly reminiscent this is of the implications found m Jesus words from the parable of the great feast. The favored recipients of the invitation had refused to come,” . . . Then the master of the house being angry said to his servant, Go out quickly into the streets and lanes of the city, and bring in here the poor, and the maimed, and the lame, and the blind” (Lk. 14:21).

Reading Ruth — Ancient Jewry opened Bibles to the book of Ruth on Pentecost. The practice, which is still observed today, served as a reminder of their association with the land and the harvest pictured so exquisitely in the simple story of Ruth’s love and Boaz’ beneficence. Yet, unquestionably, each time Jewish feet walk through the fields of Boaz’ Bethlehem, they move to mount the bridge of divine transition. Ruth, the Gentile, and Boaz, the Jew, would join together in a union which would place Ruth, the stranger to the covenant of promise , in the illustrious succession that would produce Israel’s Messiah (Mt. l’,5). It is not coincidental that among the most soul-possessing words of the Old Testament are those of Ruth, the Gentile, to Naomi, .the Jewess:  “. . . Intreat me not to leave thee, or to return from following after thee’. for whither thou goest, I will go; and where thou lodgest, I will lodge: thy people shall be my people, and thy

God my God” (Ruth 1 : 16). And so it was, the wind of the Church’s Pentecost, blowing across the face of successive generations, would bear on its wings the enduring fact of grace through Israel’s Messiah and divine Saviour. He could be to Gentiles the world over, as well as to Israel’s remnant,”My God!”

In His Church, unveiled at Pentecost, God was to introduce a dispensation predominated by a trinity of participants formed to confront humanity’s perpetual crisis.

The era of the Word — The message the Church was to declare was crystal clear. It was ever to be the Word of the living God. Again, the bedrock is discovered in the Old Testament. “Look unto me, and be ye saved, all the ends of the earth . . . the word is gone out of my mouth in righteousness, and shall not return, That unto me every knee shall bow, every tongue shall swear” (Isa. 45:22, 23). In this period when the temptation to deviate looms large in the eyes of some, we must be firm in adhering to our orders to rely on the instructions issued by our sovereign Commander. His disciples are to be “witnesses of these things” (Lk. 24:48). In context, Luke 24:44-47, “these things” were inseparably linked to the revelation of those things which were written in “the law, and in the prophets, and in the psalms, concerning me. Then he opened their minds that they might understand the scriptures.” Our Anointed One established the pattern for our obedient pursuit. It must always be “. . . according to the scriptures” (1 Cor. 15:3).

The era of the remnants — Isaiah’s Spirit-washed eyes saw something else. The “Root out of Jesse” would become “an ensign of the people; and to him shall the Gentiles seek: and His rest shall be glorious” (Isa. 11:10). David’s Greater Son would stand as a beacon light of the Gentiles”, who would “open the blind eyes” and “bring out the prisoners from the prison” (Isa. 42:6, 7). To this Matthew adds a footnote: “And in his name shall the Gentiles trust” (12:21). It was left to Paul to explore the dimensions of the “mystery” “That the Gentiles should be fellow heirs, and of the same body, and partakers of his promise in Christ by the Gospel” (Eph. 3:6). The mystery which had been heretofore hidden was the Church, His body, in which remnants from Jewry and the Gentile peoples would be brought into a union in which Christ “. . . hath made both one, and hath broken down the middle wall of partition between us” (Eph. 2:14), The Church dispensation, therefore, is not the era of a Gentile Church. Nor, conversely, is it a period of a Jewish Church. Incidentally, neither is it a segment of time during which Jewish churches and Gentile churches function independently to the exclusion of their believing counterparts. In a singularly miraculous way, God has fused twin remnants into a functioning union charged with the responsibility to take the Gospel, in a balanced way, to men the world over. Thus, the Church, God’s glorious contradiction to the friction and frustration that has marked Jew/Gentile relations across the centuries, is commissioned to demonstrate His solution in the face of man’s crisis.

It is by now, of course, quite clear to most of us that we are witnessing the closing phases of the Church Age. One looks out today on a world which is in frightful disarray. Deepening crisis is centered on almost every stage of human activity. As a consequence, voices are being raised from within the Church urgently pressing for new strategies, movements and instruments with which to turn back the tide of godlessness and impending calamity. Ministers are frequently admonished to become social innovators, methodological wizards and political entrepreneurs in order, we are told, to bring our nation “back to God”. This counsel, however, sponsors an undertaking clothed in impotence and based on a serious misconception of the mission and message of the Church. Two clarifying points need to be reasserted.

In Romans chapter one, Paul outlined unregenerate humanity’s inevitable cycle of spiritual disaster. But before he undertakes the depressing description, he articulates the individual remedy. It is our message. “For I am not ashamed of the gospel of Christ: for it is the power of God unto salvation to every one that believeth; to the Jew first, and also to the Greek” (Rom. 1:16). 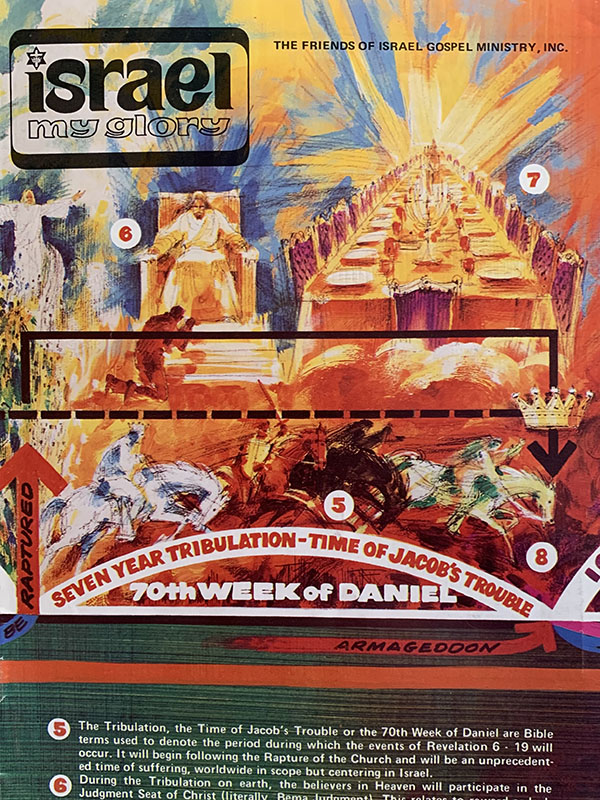