A Prescription for Terror

Anti-Semitism is rising like a dark tide across the face of our planet. Over the past seven months there has been a dramatic upswing in anti-Semitic activity.

The ominous aspect of this kind of behavior is that we are not dealing with nasty words and symbols alone; we are witnessing a prelude to terrorism. Hard evidence was found in the recent outburst of anti-Semitic hatred that surfaced in Madison, Wisconsin, home of the liberal University of Wisconsin. There vandals spray-painted swastikas, “Think Extinction” slogans and assorted taunts on Jewish fraternity and sorority houses. Most frightening of all was the severing of the brake lines of a bus slated to take children to a Jewish day camp. By anyone’s definition, it was an act of terrorism designed to kill and maim Jewish children.

University Chancellor Donna Shalala rejected the idea that the hate-filled speeches of guest lecturers, such as Muslim leader Louis Farrakhan, contributed to the outburst (Newsweek, October 1, 1990). We disagree. Self-professed intellectuals and a large segment of our news media consistently deny any link between verbal incitement and aggressive activity—but history says they are dead wrong.

As a child, I can remember listening to Adolf Hitler’s verbal tirades, delivered to throngs shouting “Sieg heil,” which shook the small radio in our living room. Who would dare say that those speeches did not forge the Aryan superiority mania that brought about the bloodbath we remember as World War II?

Some believe there is a direct link between Russian Jewish immigration into Israel and increased anti-Semitic agitation. There can be little doubt that it is a contributing factor, as it certainly was in the aftermath of World War II. Muslim Arab states reacted with pressure, resistance, violence, and ultimately war against Jewish survivors of the death camps who were returning to their ancient land. Thus, it stands to reason that today, with Arab influence a global reality, we are witnessing a repeat of the process and can expect much more of the same in the future.

Immigration of Jews from Russia is far surpassing the numbers first predicted by the Jewish Agency. If current trends continue, over one million Jewish people will have returned to Israel by the end of 1992. By 1995, another million will have reached Israel. To say the least, Israel’s enemies are “up in arms” over this influx of Jews into the Middle East.

By sponsoring anti-Semitic verbal and terrorist attacks, Israel’s entrenched foes in the Mideast may become their own worst enemies. Violence against Jews translates to increased emigration. In other words, creating intolerable conditions for Jewish people outside Israel can contribute to their determination to seek haven in Israel. And while it may be argued that Israel is not the safest of places either, there is no doubt that the state of Israel currently has the capacity to deal efficiently with any regional attacker.

All things considered, it must be observed that there is more to the upsurge in anti-Semitism than Arab resistance. Manifestations are too pervasive.

We reiterate what has been stated repeatedly on these pages and elsewhere: Anti-Semitism is not simply irrational; it is satanic. And there, we believe, is the ultimate answer to the problem we must face at street level. Satan is revolted at the inroads being made by Jews who are returning to their ancient homeland. He is staging a final holocaust. God is preparing a consummation to His sovereign plan for Israel.

Christians must respond to the problems of Jewry with the spirit of the people whose names grace the memorial plaques that adorn trees along the Street of Righteous Gentiles at Yad Vashem (Holocaust museum) in Jerusalem. They went beyond praying for the peace of Jerusalem (as we should do) in their closets. They reached out in love and, in the process, jeopardized their own lives to protect and comfort Abraham’s sons and daughters. 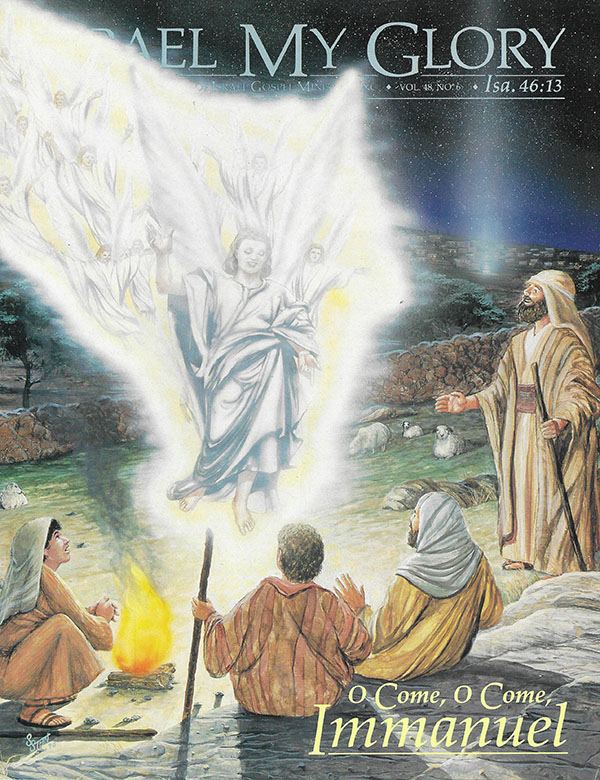 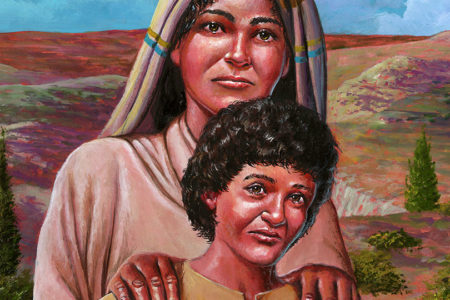