A Word About Words

A common test of orthodoxy is the question, “Do you believe in the atonement? “ Answer yes, and your approval is almost automatically assured. But, is that what we believe? Of course, we believe the atonement was a divinely given and efficacious sacrifice for God’s people in the Old Testament. For it is not possible that the blood of bulls and of goats should take away sins” (Heb. 10:4), but until the “fullness of the time was come” (Gal. 4:4), God graciously accepted His people on the basis of that sacrifice, which did not take away their sin but covered it.

The word “atonement” never occurs in the New Testament. It is found in Romans 5:11 in the King James Version, but the Greek word “katallage” is, in every other instance, translated “reconciliation.” Of course, this idea is behind the colloquial definition of atonement, “at-one-ment,” and that was the purpose of the sacrifice. It did not satisfy the claims of God’s justice but did make possible, temporarily, their fellowship with Him. The sacri­fice of Christ, however, fully satisfied the righteous­ness of God, that He might be just when He justified those who believe in Jesus. The New Testament word for it is, uniformly, propitiation, a word hardly known to the average Christian (1 Jn. 2:2; 4:10; Rom. 3:25). Hebrews 9:5 gives this new meaning to the mercy seat which, in the Old Testament, was a lid covering the ark of the covenant where God met with His people but which is now in Heaven, sprinkled with the blood of Jesus as a place of propitiation where we can come into the presence of God.

We believe in the perfect and finished work of Christ to redeem us, reconcile us and make us “accepted in the Beloved (Eph. 1:6), with all the claims of divine justice fully satisfied forever— not a temporary cover (atonement) but a propitiation. May this word become a part of our vocabulary.

A common definition of baptism is immersion, but the Greek word, “Bapto,” means to dip. There is a difference. You can immerse marbles in a fish bowl, come back three weeks later, and they will still be there. If you were to be baptized that way, you would be absent from the body, and your pastor would be in jail. But, dipping your spoon in your tea and taking it out is the same process which occurs in baptism by the method called immersion.

There are many words that have two meanings: that found in the dictionary and that determined by usage. Every day we use words in a way that seems to have no relation to the dictionary definition but which we under­stand. Usage has given a new meaning. So it is with baptism. In the New Testament that word is used to indicate identification with a person, a cause or an influence.

The Israelites were baptized unto Moses in the cloud and in the sea.” NO WATER OR RITUAL were involved. They did not get wet in the sea, for they crossed on dry ground. And they were not immersed in the cloud, for it went before them. But they were identified, by faith, as followers of Moses and his God who had called them to leave the land of bondage for the promised land. After hundreds of thousands had passed safely through the sea, Pharaoh and his men started across. They were the only ones immersed that day. They drowned because they did not have faith in the God of Moses; they were not identified with Moses in the cloud and in the sea. Clearly, identification is the only meaning that will help us under­stand this story.

In the ministry of John the Baptist WATER AND RITUAL were involved, but the significant thing was the personal identification of the people with John’s call to repentance. They said, John, you are right; we must repent if we are to prepare the way of the Lord — and they were baptized, signifying that identification. Some wanted the sign without the repentance, but they were refused. Here again, identifying themselves was the purpose and meaning.

When an ambitious mother asked special favors for her two sons, Jesus asked if they could be baptized with the baptism He was baptized with. They said they could, and He said they would. NO WATER OR RITUAL were involved. He was not talking about immersion or dipping in water but about identifying Himself with the needs of a sinful world. He was made sin for us — identified with us that we might be saved. And others will only be saved as we identify ourselves with them and their need at any cost and give them the gospel. Jesus was using the word baptism in the sense of identification. Salvation was procured by the sufferings of Christ and is proclaimed by the life and testimony of Christians who know Him …and the power of his resurrection, and the fellowship of his sufferings. ..” (Phil. 3-.10).

Jesus commanded us to baptize believers in the name of the Father and of the Son and of the Holy Spirit. WATER AND RITUAL are involved in Christian baptism. In water baptism we publicly identify ourselves as believers in Christ. THIS was its significance in New Testament days when Christians were persecuted. It took true faith and great courage to publicly identify oneself in the communi­ty as a follower of Christ and to invite the persecution that followed by stepping out of the crowd and being baptized. Performed before unbelievers, as in New Testament days, it was especially significant and was meant as an act of identification, more so than being baptized in the Church before believers, as is commonly done today. This leads us to the explanation that it is a type rather than an identifica­tion.

When we receive Christ as Savior, we are baptized into the Body of Christ by the Holy Spirit. NO WATER OR RITUAL are involved. Rather, we are identified with the life of Christ as members of His body, directed and energized by our Head. When a surgeon sews a severed finger back on to a hand, he identifies it with the life of the body so that it may live and function again. When a farmer takes an unfruitful branch from a poor vine and grafts it into a good vine, he expects abundant delicious fruit because he has identified the branch with the life of a new vine. Jesus said in John 15:5, “I am the vine, ye are the branches . …” At the moment of conversion, the Holy Spirit baptizes us into (identifies us with) this new vine that we might live fruitful lives for God. From our unfruitful life in the first Adam, He identifies us with the life of the second Adam. The branch can say, Hey, its me. Look at the fruit! It is the branch, but it is not the same branch, for the life of a new vine flows into it and produces new fruit. In the same way, we can say, … I live [the same I]; yet not [the same] I, but Christ liveth in me…” (Gal. 2:20). Romans 6:3-4 tells us that we are baptized into Christ — identified with His death and resurrection (a mystical truth that is really true and truly real), so that we might walk in a new kind of life. We are enabled to do so by this identification.

In conclusion, the common denominator in all these is not water and ritual but identification. The same word is used for all these different kinds of baptisms, so any definition should be applicable to all. They were all real baptisms, but not all were accomplished in the same way. However, they all involved identification. Let this definition help us to appreciate the depth of meaning in these passages rather than simply focus on the mode. 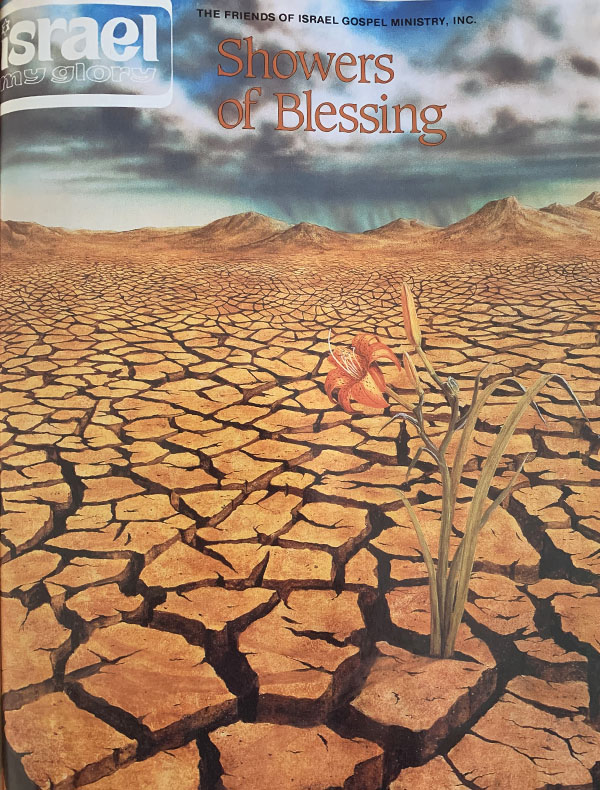