Soon a generation known as the millennials (my generation) will take the reins of the evangelical church in America. Born roughly between 1982 and 2000, these individuals represent a larger, more diverse slice of the population than the baby boomer generation that sired it.1

As a group, Millennials are unlike any other youth generation in living memory. They are more numerous, more affluent, better educated, and more ethnically diverse. More important, they are beginning to manifest a wide array of positive social habits that older Americans no longer associate with youth, including a new focus on teamwork, achievement, modesty, and good conduct. . . . Over the next decade, the Millennial Generation will entirely recast the image of youth from downbeat and alienated to upbeat and engaged—with potentially seismic consequences for America.2

Not everyone shares this optimism. Millennials have been the subject of much negative attention in recent years. Writing for Time magazine, author Joel Stein cited statistics describing the generation’s systemic narcissism and fame-obsession and referred to it as the “Me Me Me Generation.”3

In 2015, The Washington Post ran an article by Christopher Ingraham titled “Five really good reasons to hate millennials.” Ingraham took these young people to task for characteristics ranging from a lack of patriotism to a low tolerance for free speech.4 In other articles they have been called lazy, needy, entitled, overindulged, selfish, shallow, and cynical.

Although these stereotypes have become all too common in today’s America, dwelling on perceived negative characteristics does little to create bridges between the young people of this generation, poised to take over the church, and those who came before them.

If millennial believers are to be shaped and molded into the leaders the American church needs to face the challenges of the 21st century, older believers must do more than diagnose the positive and negative aspects of Generation Y. They must impart to these young men and women a distinctly Christian worldview rooted in orthodox theology.

A New Pedagogy
“Hear, O Israel: The LORD our God, the LORD is one! You shall love the LORD your God with all your heart, with all your soul, and with all your strength” (Dt. 6:4–5). This prayer, called the Shema, played a central role in Israelite life and worship. In fact, in these two short sentences, the whole purpose of the Mosaic Law—the constitution of Yahweh’s theocratic rule over Israel—found its consummate articulation. The success of every generation in Israel depended on internalizing the covenant stipulations so that, through them, each generation might learn to know and love Yahweh, Israel’s great Sovereign.

Since the success of Israel’s ministry as Yahweh’s kingdom of priests (Ex. 19:6) and its experience of blessing in the land depended on its covenant fidelity (Dt. 28), each generation was responsible to grow in its knowledge and love for the Law so that it might both embody the Shema and gift it to each subsequent generation.

In this way, Israel was to ensure the success and blessing of each generation and fulfill its divine calling to be a kingdom of priests and holy nation in the Land of Promise.

THERE REALLY IS A DIFFERENCE
Learn the biblical truths of the differences between Israel and American Christians in There Really Is a Difference by Renald Showers.

American evangelicals are not Israel, nor do they represent a covenant community. However, like Israel, believers in the church are to know and love the God who has revealed Himself in Scripture (Mt. 22:37; Jn. 17:3). The church’s success and health in each generation depend on its fidelity to sound doctrine as the basis for life and faith during this age of grace.

Just as each Israelite generation was responsible to train up the next generation in the ways of Yahweh’s Law, the church needs to recognize its responsibility to train millennial believers to know and love God through a commitment to His Word.

Because young adults think differently than their parents and grandparents, churches may need to think differently if they are to reach them. Rather than communicating through dogmatism, which they tend to reject, we need to work through relationships. Millennials are more receptive than previous generations to learning that exists as a function of a meaningful relationship.5

Although this shift in pedagogy may be uncomfortable for some, it holds the potential to help the church reclaim an aspect of a biblical epistemology that has frequently been marginalized when it comes to teaching Bible and theology.

The apostle Paul wrote 2 Timothy during his second Roman imprisonment in AD 67. Acquainted with Paul’s suffering and possibly overwhelmed in his ministry, Timothy, Paul’s son in the faith, may have considered abandoning his identification with Paul and the gospel message of which he was a steward (1:8). In writing this letter, Paul encouraged Timothy to remain steadfast, knowing that the present age was one of suffering for Christ, with reward to come in the future.

Interestingly, Paul did not begin his argument by rehearsing the factual validity of the gospel message. Nor did he recite a laundry list of empirical proofs. Rather, Paul reminded Timothy of his own relationship with him (v. 2), as well as the relationships Timothy shared with his grandmother and mother, whose faith had helped form him to be a minister of the gospel (v. 5).

Paul argued that these meaningful relationships in the faith validated the gospel message and its ministry and should encourage Timothy to remain steadfast: “But you [Timothy] must continue in the things which you have learned and been assured of, knowing from whom you have learned them, and that from childhood you have known the Holy Scriptures, which are able to make you wise for salvation through faith which is in Christ Jesus” (3:14–15; emphasis added).

The notion of knowing through relationships is not a millennial invention of the 21st century but, rather, an important aspect of theological learning taught in Scripture itself. Paul even told Timothy how to pass the torch to others: “And the things that you have heard from me among many witnesses, commit these to faithful men [doing so required a relationship] who will be able to teach others also” (2:2).

By reclaiming this important, relational, pedagogical tool, churches can effectively pass orthodox theology to the millennial generation and prepare it to lead the church in the 21st century using a distinctly Christian worldview. 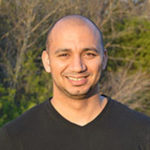