Listen to Chris Katulka’s interview with JD Lemming about this article (begins @ 12:03).

Millennials will surprise you. Sure, a plethora of social commentary, negative press, articles, and opinions portray this much-talked-about generation as lazy, self-absorbed, and entitled. (Weren’t we all in our 20s?) Yet my hope is that we would not be so quick to paint an unflattering stereotype of these young adults because, above all the noise, I believe they will surprise us.

Millennials (my generation) possess unprecedented potential, and a great many of them take hold of it to change their neighborhoods and cities.

They carry more technology in their pockets than any previous generation could have imagined. They are more connected globally; can plan, support, share, and execute causes of justice around the world while sitting in their downtown apartments (or parents’ basements); and can ferret out any bit of information they seek with merely a few taps on their smartphones. Nothing is withheld from them.

But this potential comes at a cost. Millennials also find themselves inundated with tragedy. Bad news fills their social-media feeds daily. One moment they’re ordering a latte, and the next their phones buzz, revealing yet another campus shooting or natural disaster. Some choose to ignore it. Others face it head on; and it is those who confront it who will surprise us because they are a highly empathetic, justice-oriented generation.

Top of the Pyramid
Why are millennials so justice-oriented? Why did 23,000 young adults apply to join the Peace Corps in 2015, the highest number since 1975?1 Why is the average volunteer’s age 28?2 Why do social-justice protests attract so many members of this generation? And why would a millennial turn down a higher-paying job for one that pays less but focuses on effecting change in the world?

No doubt the answer is multifaceted. We could talk about globalization through technology or the heightened awareness of ethical issues. We could talk about the millennials’ rejection of what previous generations valued or their revulsion at seeing individuals amass wealth while failing to use that wealth to help others. These are all good reasons. But I have another theory: American millennials are justice-oriented because they have the freedom and security to be that way.

I am not an advocate of Abraham Maslow. But his hierarchy of human needs offers some insight. Maslow was a 20th-century American psychologist who studied college students, seeking to discover what motivated people. His findings are depicted as a pyramid with five hierarchical levels. The most fundamental needs (bottom of the pyramid) are physiological, such as air, food, water, clothing, shelter, and sleep.

Next are safety needs like security, stability, and freedom from fear. Next are the needs of loving and belonging, which relate to friendship, intimacy, and acceptance. Level four contains esteem needs, such as achievement, independence, status, respect, and self-respect.

And finally, at the top of the pyramid is self-actualization. These are the needs of self-fulfillment, personal potential, and achieving full potential. Self-actualization manifests a strong ethical standard, with concern for the welfare of humanity.3 I believe the millennial generation sits on this level.

My Family and Me
I’d like to use my own family as an illustration. My grandparents belonged to the traditionalist generation (see page 15). They fit on the lower levels of Maslow’s hierarchy.

As children they endured the Great Depression, experiencing the concern for basic needs like food and shelter. As a young man, my grandfather fought for his life, family, and freedom—freedom for all of us—in World War II. It was a fight for the future and his safety.

When he arrived back in southern Georgia, an unsure world awaited. He worked two jobs and had small children. He grew into manhood during the 1950s and ’60s, a tense time of sexual revolution, God-is-dead rhetoric, and Civil Rights.

When my father was born, he inherited the security and freedom his father had won for him. With those basic needs met, he was free to move up the hierarchy to explore the needs of loving and belonging, friendship and acceptance. He could explore his need of self-esteem and achievement and did indeed achieve independence, status, and self-respect by working hard his entire life to build something lasting.

Then I was born. I’ve never had to fear my loss of freedom or felt the pangs of hunger. I’ve never had to fight for my basic needs. I found friendship and acceptance early in life and moved easily up the pyramid into status and self-respect because of what my parents built for me; they gave me freedom to explore self-actualization.
I grew up with the luxury of being able to seek my personal potential and achieve it. My grandparents asked, “Will we survive?”

My parents asked, “What can we build?”

But I ask, “Who do I want to be?” Could it be that my generation is highly justice-oriented because, more than previous generations, we have the freedom to be?

Lens Readjustment?
Even if we accept the premise that millennials pursue justice as an act of self-actualization, we are still left with a dilemma: Eventually, self-actualization as motivation will break down because it involves experiencing something in oneself. Biblical justice, on the other hand, can revolutionize the world. 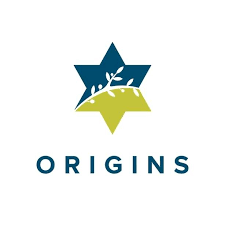 ORIGINS
If you’re a young adult between the ages of 18 & 28, come serve with us and experience the land of Israel in ORIGINS.

Millennials are justice-first thinkers. The primary lenses through which they see the world are morality and justice. But they use their own definitions of morality. They evaluate based on what they deem is moral, what they think is fair. Most of them do not know God’s Word and do not evaluate justice based on His standards, which are the standards that count.

The best motivational framework for justice is the incarnation of Jesus Christ. If today’s young adults embraced a biblically robust view of justice, there would be no limit to what they could accomplish.

In the New Testament, we see the ultimate demonstration of love and sacrifice when Jesus, who is fully God, took the form of a bondservant (Phil. 2:7), became the God-Man, and gave His life a ransom for all (1 Tim. 2:6). God loved the world so deeply that He did not even withhold His own Son. He gave His Son as the final payment for our sin, and by His stripes we are healed (Isa. 53:5).

In our desperate need, God came and dwelt among us, not only to meet us in our plight but also to rescue us out of it. And this is the mindset the apostle Paul calls us to share. We are to think more highly of others than we think of ourselves (Phil. 2:3–5).

Humility, sacrifice, and love are central to biblical justice. And biblical justice can only be realized and fully honoring to God when accomplished in Jesus’ name by those who have the mind of Christ.

My hope is that my generation will love and serve Christ in ways that past generations could not have imagined. But this can only happen when Jesus’ love, rather than self-actualization, becomes our motivation. If we would sacrifice and love like Jesus, biblical justice would impact us all, especially the watching world. 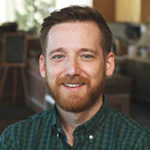 JD Lemming is a Dallas-based graphic designer. He also works on staff at Irving Bible Church.