“If only we had died in the land of Egypt!” the Israelites cried. Their lack of faith cost them dearly and made them nomads for 40 years.

For deeper insights into this article, listen to our radio host, Chris Katulka interview Ty Perry (begins at 1:30).

After traveling through the desert from bondage in Egypt, the children of Israel embarked on the last leg of the journey to their new home: the land of Canaan—the land God had promised them.

With the end of the trek in sight, the nation’s leader, Moses, called for each of the tribes to supply a man “to spy out the land” (Num. 13:2). They were so close to being home at last, but the unbelief they soon demonstrated at Kadesh Barnea resulted in 40 years of wandering in the desert because God refused to allow that faithless generation to enter the Promised Land.

Among the spies chosen were Caleb and Hoshea (whom Moses later renamed Joshua)—two men who were destined to become heroes of the faith. Moses commissioned the 12 and instructed them to bring back the “fruit of the land.” So they set out on their journey north through the Negev and into the Canaanite hills.

After 40 days of reconnaissance, the spies returned to the camp—their arms filled with fruit. The land is a good land, they said, and indeed “flows with milk and honey” (v. 27). However, in the opinion of 10 of the spies, the occupants were “giants” (v. 33), and their cities unconquerable. They saw no way their ragtag band of Hebrew ex-slaves would be able to prevail.

Their report caused widespread lamentation to erupt in the camp: “If only we had died in the land of Egypt!” the Israelites cried. “Or if only we had died in this wilderness! Why has the LORD brought us to this land to fall by the sword, that our wives and children should become victims? Would it not be better for us to return to Egypt?…Let us select a leader and return to Egypt” (14:2–4).

In the midst of the wailing, Caleb’s and Joshua’s faith stood strong. Anguished at the unbelief of their brethren, they tore their clothes in mourning and exhorted the Israelites to trust in God:

The land we passed through to spy out is an exceedingly good land. If the LORD delights in us, then He will bring us into this land and give it to us, “a land which flows with milk and honey.” Only do not rebel against the LORD, nor fear the people of the land, for they are our bread; their protection has departed from them, and the LORD is with us. Do not fear them (vv. 7–9).

Their words fell on deaf ears. Instead of heeding Caleb and Joshua, the children of Israel wanted to stone them. Then the “glory of the LORD appeared in the tabernacle of meeting before all the children of Israel” (v. 10). God had had enough: “How long will these people reject Me? And how long will they not believe Me, with all the signs which I have performed among them?” (v. 11). He told Moses He would strike the people with pestilence, disinherit them for their unbelief, and raise up a better people through Moses.

Although Moses knew the people deserved punishment, he pleaded for God’s mercy. He reminded God His name would be slandered among the Gentile nations, which would say, “Because the LORD was not able to bring this people to the land which He swore to give them, therefore He killed them in the wilderness” (v. 16). Moses begged God, “Pardon the iniquity of this people, I pray, according to the greatness of Your mercy, just as You have forgiven this people, from Egypt even until now” (v. 19).

Often people don’t understand that God does not help us because we deserve His help; we deserve nothing. He helps us because He is merciful, and it should be our goal as believers to glorify His name.

God pardoned the Israelites, but He punished them: “Your carcasses shall fall in this wilderness. According to the number of the days in which you spied out the land, forty days, for each day you shall bear your guilt one year, namely forty years, and you shall know My rejection” (vv. 32, 34).

The generation that did not believe His word would die and never see the Promised Land. Only Joshua, Caleb, and those 19 years old and younger would enter it (vv. 29–31).

The Lord sent a plague to kill the 10 faithless spies (vv. 36–37); and the Amalekites attacked the rest of the nation, forcing Israel to retreat back into the wilderness, where it would remain until God fulfilled His promise to keep them there 40 years (v. 45).

The Israelites had a lot for which to be thankful. God had promised their ancestor Abraham great blessing, including the land of Canaan. He gave them Moses, one of the greatest leaders in history, to guide them from slavery to freedom. They had witnessed awesome demonstrations of God’s power in the 10 plagues God had poured out on Egypt, and they saw the waters of the Red Sea part—allowing them to walk across dry land. Surely they had no reason not to trust the Lord.

Yet they were a faithless generation—a case study of what happens to people who operate in the flesh, according to their own understanding. Long ago God had promised to lead them out of bondage (Ex. 3:17). Israel’s response, once free, was to seek a return to captivity (Num. 14:3).

But God blessed His faithful servants, Caleb and Joshua, and brought them into the land: “For the eyes of the LORD run to and fro throughout the whole earth, to show Himself strong on behalf of those whose heart is loyal to Him” (2 Chr. 16:9).

As 21st-century believers, we may be tempted to scoff at Israel’s unbelief. How could these people, who had been witnesses to God’s power in the past, fail to trust Him with their futures? we wonder. But perhaps we should ask ourselves the same question.

God makes many promises to those who trust in Him, but we often fail to take Him at His Word. He tells us not to worry about the future (Mt. 6:25–34), but we fret and are filled with anxiety. He says He will never leave us nor forsake us (Heb. 13:5); yet, when faced with trials, we ask where He has gone. He tells us that He loves us; yet we wonder if He really loves us now, in the midst of our troubles.

Proverbs 3:5–6 admonishes us, “Trust in the LORD with all your heart, and lean not on your own understanding; in all your ways acknowledge Him, and He shall direct your paths.” In today’s turbulent times, when catastrophe and chaos abound, we must remember to look unto the Author and Finisher of our faith, that we might avoid a Kadesh Barnea fiasco of our own. 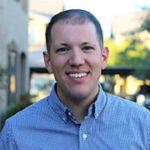 Ty Perry is a Field Representative and Bible teacher for The Friends of Israel Gospel Ministry in Nevada.

1 thought on “Fiasco at Kadesh Barnea”