A look at the first-ever FOI Canada Up to Jerusalem trip to Israel and some of the wonderful experiences God provided.

It is eleven days’ journey from Horeb by way of Mount Seir to Kadesh Barnea” (Dt. 1:2). Sounds simple enough. Forty years later, the children of Israel finally arrived in the Promised Land.

My Canadian colleague John Plantz and I covered a greater distance in a far shorter time recently when we led the first-ever Up to Jerusalem Canada trip to experience firsthand the land of the Bible. We departed from Toronto and landed 11 hours later in Tel Aviv with enough excited, happy Canadians to fill our tour bus. 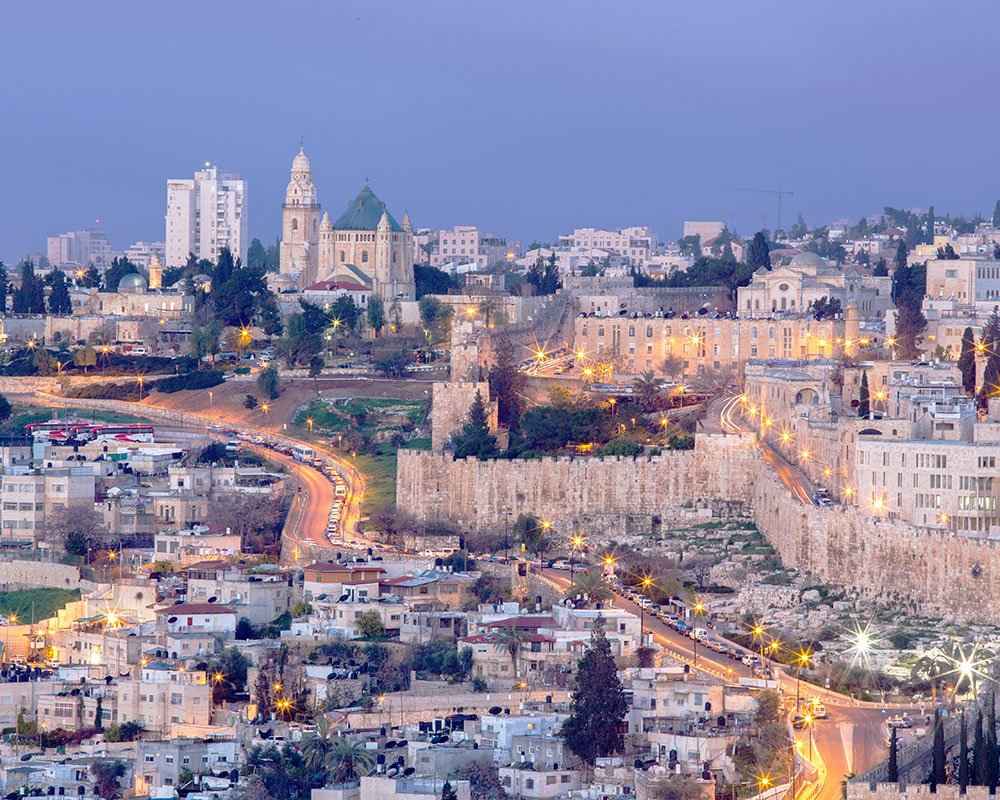 FOI Canada organized the trip because it fits with our mission to teach biblical truth about Israel and the Messiah while fostering solidarity with the Jewish people. I think I can speak for everyone when I say the trip was a rousing success.

We traveled as far north as Mount Bental in the Golan Heights, where we looked down at the border of Syria. Mount Bental houses a memorial to the 1973 Yom Kippur War, where Israel suffered 2,688 casualties—the equivalent of 18,196 Canadians or 173,654 Americans, if you use ratios based on population that year. The loss to Israel was staggering.

There we gazed out at the Valley of Tears, where a meager 150 Israeli tanks had battled 1,000 Syrian tanks for three grueling days (October 6–9). Miraculously, on the fourth day, Syria withdrew. By then, Israel had only seven functioning tanks left.

We traveled as far south as the port and tourist city of Eilat and took a leisurely boat ride on the Red Sea, where we could see four countries––Saudi Arabia, Jordan, Egypt, and Israel––all at the same time. We went as far west as the Mediterranean Sea and as far east as the Jordan Valley.

Israel is unique because the same spot you’re appreciating at the moment has significance in the ancient past and in the days to come. The Scriptures connect the land with the past, present, and future.

On Tel Megiddo we walked through the horse stalls of King Solomon; looked on the fertile Jezreel Valley, Israel’s breadbasket; and listened to a devotional from Revelation 19 that points to Christ’s return.

In Modi’in, a town located between Tel Aviv and Jerusalem, we stood on a little hill commemorating the home of the Maccabees. In 165 BC, the Maccabees led an uprising against Seleucid King Antiochus IV (Epiphanes) and prevented him from destroying the Jewish people. Their victory, celebrated as Hanukkah, not only preserved the Jewish nation but also God’s promise of a future Jewish Messiah. Modi’in also was the site of several important Israeli victories during the 1948 War of Independence that succeeded in keeping the airport open, which was vital to the war effort.

At Neot Kedumim we strolled through the only biblical landscape reserve in the world, where you can see and experience the land of the Bible as it was in the days of the Bible. Iris, our guide at Neot, helped us experience the same sights, sounds, and smells that Joshua and Jesus would have experienced.

As she led us through the reserve, Iris mentioned that Neot Kedumim operated as a summer day camp for Israeli children, which then reminded her of the 2014 Gaza War. Missiles launched from Gaza (not far from Neot) by the terrorist group Hamas flew over the camp. “It was frightening for us, especially for the children,” she said. “But when it stopped, we just moved on. Each day the children came back.”

Her words imparted a simple testimony about the Israeli spirit. Though the Israelis feared the missiles, they refuse to allow terrorism to win or fear to cripple them. Israelis move on. They focus on living. Am Yisrael Chai! “Israel Lives!”

We also had the privilege of visiting the grave of Israel’s first prime minister, David Ben-Gurion, at Kibbutz Sde Boker in the Negev. Being there helped us think of Israel’s “dry bones” coming together in fulfillment of Ezekiel 37. Ben-Gurion dreamed of a day when the Negev would bloom, and he spent the last 20 years of his life on the kibbutz (communal farm), working side by side with fellow kibbutzniks to help accomplish it. When we drove through the Arava Valley (part of the Negev), we stopped at Moshav Ein Yahav. There we saw acres of tomatoes and peppers growing out of the sand. Ben-Gurion would be proud.

We also were able to touch people’s lives in small but wonderful ways. We brought Israeli-Canadian-flag lapel pins to give as gifts, as we felt led. It was amazing to watch such a small gesture of love produce such wonderful, gracious responses. Someone from our tour would say something like, “I enjoyed meeting you. I would like to give you a little gift from a Canadian in appreciation of Israel and its people.” Each time, the pin was received with a smile and a sincere thank you. Some of the Israelis had relatives in Canada and were thrilled we were there.

It’s been my experience that every trip generates its own theme that surfaces for all to see. For us it was the glory of God. We sensed His glory while standing in the Valley of Elah where David slew Goliath (1 Sam. 17). We sensed His glory at Harod Spring, where Gideon’s army of 300 defeated 120,000 Midianites (Jud. 7). We sensed it walking through a life-sized tabernacle in the wilderness with an understanding of how God’s glory camped in the Holy of Holies. And we experienced God’s glory as we took communion at Gordon’s Calvary, the possible site of Jesus’ burial and resurrection (Mt. 27:33).

We look forward to the day when the glory of God in the Person of Jesus Christ will return to the Mount of Olives in Jerusalem, where He will rule (Zech. 14:4). Scripture says that in that day, 10 Gentiles will grab onto the clothing of a Jewish man, saying, “Let us go with you, for we have heard that God is with you” (8:23); and everyone will worship the Lord together in Jerusalem. That will be the best Up to Jerusalem trip of all.

Steve Herzig is the Vice President of North American Ministries and a Bible teacher for The Friends of Israel.

1 thought on “FOI Canada Goes Up to Jerusalem”