(JNS)—U.S. Secretary of State Antony Blinken is pressuring Israel to stop sharing its concerns about the adverse impact U.S. policy on Iran will have on the national security of the United States and Israel and to refrain from acting unilaterally against the Islamic Republic.

In 1948 and 1949, the United States, Britain, and the United Nations threatened Israel with severe economic and diplomatic sanctions if it failed to both absorb anti-Israel Arab refugees and end the “occupation” of areas in the Galilee, coastal plain, Negev, and western Jerusalem. Prime Minister Ben-Gurion fended off overwhelming pressure, even though Israel had a population of only 650,000 Jews and hardly any military or economic infrastructure.

According to James McDonald, the first U.S. ambassador to Israel, Ben-Gurion said, “The United States is a powerful country; Israel is a small and weak one. We can be crushed, but we will not commit suicide.” McDonald had this to say in his book My Mission in Israel:

Ben-Gurion . . . warned President Truman and the Department of State . . . that they would be gravely mistaken if they assumed that the threat or even the use of United Nations sanctions would force Israel to yield on issues considered vital to its independence and security. . . . If tiny Israel were convinced that its independence or national security were at stake, it would resist a UN decision even if that resistance threatened to bring down on it overwhelming economic sanctions. . . . The more I studied and observed the manner in which he [Ben-Gurion] met the burdens placed upon him, the more convinced I became that he was one of the few great statesmen of our day.

Israel’s prime minister today should be aware that U.S.-Israel strategic cooperation was enhanced dramatically during that period. This happened due to the principle-driven conduct of Israel’s leadership, Israel’s unique technological and military capabilities, and Israel’s growing contribution to America’s economy and national security.

Israel’s premiers during this period demonstrated that historic and national security concerns supersede diplomatic convenience. They understood the difference between popularity and strategic respect; the latter required defiance of both pressure and the odds.

Methodical U.S. pressure from 1948 to 2017 reflected the world-view of the State Department, which has been systematically wrong on the Middle East. That worldview was characterized by brutal opposition to the Jewish state; the embrace of Ayatollah Khomeini, Saddam Hussein, the Muslim Brotherhood, Hamas, and the Palestinian Authority; and the exertion of pressure on Israel, Saudi Arabia, Egypt, and the United Arab Emirates, etc.

→ In 1948, Ben-Gurion declared Israel’s independence in defiance of a brutal campaign by the U.S. State Department, Pentagon, CIA, The New York Times, and The Washington Post. President Truman was hesitant until the last minute.

→ In 1981, Prime Minister Menachem Begin ordered the bombing of Iraq’s Osirak nuclear reactor in defiance of the most brutal U.S. pressure (followed by severe punishment).

→ In 1981, Begin applied Israeli law to the Golan Heights despite severe threats by the U.S. administration.

→ In 1982, Begin rejected the “Reagan Plan,” which stipulated Israel’s withdrawal to the pre-1967 ceasefire lines.

→ From 1983 to 1992, Prime Minister Yitzhak Shamir expanded construction in Judea and Samaria, despite vehement U.S. opposition. 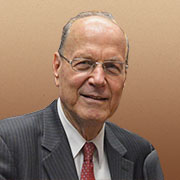 Yoram Ettinger is a former ambassador and head of Second Thought: A U.S.-Israel Initiative. This article was first published by The Ettinger Report.

When I was a student at Word of Life Bible Institute, a professor from Dallas Theological Seminary told me one of the main reasons people leave the mission field is because...

A Memorial and a Name

I recently ran across a Pew Research study that sought to discover what Americans know about the Holocaust...

The Child and the Seed

It has been said the key to all Messianic prophecy hangs at the Bible’s front door and was given by God to that “old serpent, the Devil...”

The Woman Clothed With the Sun

As you study the book of Revelation, you might not notice Israel’s presence much. In fact, a number of commentators say...

All he wanted was a sugar apple. He didn’t know it would cost him his life. Muhamad Anwar, a 31-year-old fisherman, probably knew he was trespassing...

On a recent trip to Florida, I had the privilege of conducting a brief Bible study with the man next to me on the plane...